Youi may be ditched or fined by the Insurance Council, as it's expected to plead guilty to 15 Fair Trading Act charges

Youi may be ditched or fined by the Insurance Council, as it's expected to plead guilty to 15 Fair Trading Act charges 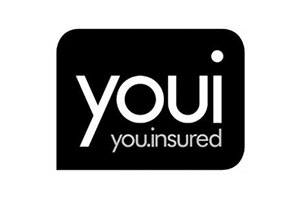 Disgraced insurer Youi may be booted out of the Insurance Council of New Zealand (ICNZ).

“The ICNZ Board will consider the charges the Commerce Commission recently laid against Youi in the Auckland District Court and whether that has impacted negatively on the reputation of the insurance industry, ICNZ Chief Executive Tim Grafton says.

“Depending on its findings, the Board may choose no further action, reprimand the member, order that the member pay a financial penalty, or terminate the member’s membership of ICNZ.”

The council is understood to have never kicked out any members before based on reputational reasons.

Grafton says the ICNZ is "disappointed with the actions and processes at Youi".

“Youi has advised the ICNZ that it has speedily implemented all required changes to business practices to strengthen its compliance and to address these issues that were not part of its standard operating procedures.”

The Reserve Bank, as prudential regulator of the New Zealand insurance sector, licences Youi. However, it won't be taking any action.

"The Reserve Bank's prudential regulation role is mainly focused on systemic issues and maintaining the stability of the financial system. Relationships between insurers and customers are primarily governed by consumer protection laws, and the appropriate lead New Zealand regulator for dealing with this type of issue is the Commerce Commission or the Financial Markets Authority," a Reserve Bank spokesman says.

The Financial Markets Authority has responded to the charges saying: "We will be talking to Commerce Commission about its investigation and the conclusions it has reached."

- Made false or misleading representations on its website regarding consumers’ ability to obtain a quote online;

- Made false or misleading statements during telephone sales calls with consumers, including telling them bank or credit card details were required to generate a policy quote;

- Asserted a right to payment for unsolicited insurance policies by sending letters demanding payment and/or debiting consumers’ bank or credit card accounts without their express permission or knowledge;

- Sent invoices to consumers in relation to unsolicited insurance policies that did not specify that the consumer was under no obligation to pay for the policies.

Youi New Zealand was launched in July 2014 as an extension of Youi's Australian operation. It is a wholly owned subsidiary of Youi Holdings Pty Ltd. This is a subsidiary of OUTsurance International Holdings Pty Limited, which is part of the Rand Merchant Insurance Holdings Group (RMIH), a large international insurance services provider registered in South Africa.

RMIH’s unaudited results for the six months to December 2015 describe the performance of Youi New Zealand as “satisfactory and in line with expectations”.

In the half year it suffered a loss of R70 million, which is equivalent to around NZ$7 million. It reported gross written premiums of R140 million, or NZ$14 million.

However the insurer performed well in Australia in the six months to December 2015, increasing its normalised earnings three-fold to R201 million, and its gross written premiums by 26% to R3.4 billion.

This largely contributed to the OUTsurance Group increasing its normalised earnings by 25% to R923 million, or NZ$92 million.

Let's hope the ICNZ apply their doctrine of “utmost good faith” to Youi and kick them to touch. Kiwi's deserve better than this from their insurers.

The South African parent of YOUI expanded the company into Australia in 2008 ... which gave NZ a 6 year heads-up on their behavior , before they launched themselves upon us ...

... so , in 2014 , I did a looksee on Aussie website product-reviews ... and the results were spectacular , to say the least .... YOUI received near total condemnation from its customers .... the stories put up by infuriated policy holders are breathtaking , the warning bells were there , for anyone to see ... for free ...

Our Aussie friends are nobody's fools ... ... if Kiwis were too lazy to do a smidgeon of research before trusting YOUI , more the fool them !

Looks like there are a lot of 5 star reviews from new accounts with no other reviews. Youi are astroturfing the site.

Well hello GBH - long time since I've seen you on here........ Nanny's here to take care of you, all those watchful eyes you can relax, forget about due diligence and personal responsibility just go fishing or skiing or wherever your fancy takes you.........

Just Google Outsurance and feast your eyes on much of the same behaviour form the family stable!