AA Insurance assures premiums to stay the same, as it moves from sum insured to full home replacement for fire, flood and storm damage

Insurance
AA Insurance assures premiums to stay the same, as it moves from sum insured to full home replacement for fire, flood and storm damage 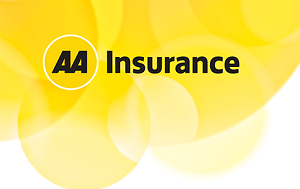 AA Insurance (AAI) is reintroducing full home replacement cover for damage caused by anything other than a natural disaster.

In the event of a fire, flood or storm for example, AAI customers will receive full replacement cover, even if it costs more than their sum insured.

AAI will however continue to cover damage caused by a natural disaster, like an earthquake, using sum insured.

AAI’s reinstatement of full replacement cover for non-natural disasters follows Tower in October 2014 making a similar move, but only for damage caused by fire.

It also follows Vero (which AAI is a part of) in February 2015 launching SumExtra. Customers who have qualified for SumExtra, and find their sum insured amount is not sufficient, are covered for the full cost of repairing or replacing their home if it’s destroyed in an event other than a natural disaster – for example a fire or flood – and will receive up to 10% extra cover if their home is destroyed in a natural disaster.

AAI's full replacement will apply to all new and renewing Home and Landlord policies.

'Full replacement' means the insurer repairs damage to the policyholder’s home and in the worst cases completely rebuilds the house with a replacement of similar size and quality.

Under 'sum insured' cover, the homeowner needs to specify an insurance value which is sufficient to cover the cost of a complete rebuild. (Here's AA Insurance CEO Chris Curtin selling the move to sum insured in a video interview from 2013).

Full replacement shifts some - but not all - responsibility back to insurers

This has seen them keep their reinsurers happy by enabling them to more accurately predict their liabilities. It's also essentially transferred responsibility for assessing rebuild costs to homeowners.

“We appreciate some customers have had difficulty calculating an accurate sum insured and understand it can be stressful contemplating whether the amount calculated is enough,” he says.

“So we wanted to make it less stressful and provide them with greater peace of mind with their cover.”

Yet he cautions that AAI’s move to full replacement doesn’t mean customers hand over all of the responsibility to their insurer.

“Calculating and providing an accurate sum insured figure for your home is still important, as it is a requirement for replacement cover.

“As long as customers take reasonable steps to provide us with an accurate size of their home and sum insured calculation, we will look after them, should the worst happen.”

According to a 2015 Treasury report, sum insured has contributed to up to 85% of New Zealand homes being under-insured by an average of 28%. Worth $184 billion, it said this level of under-insurance is a “real issue across New Zealand”.

“We’ve not had situations where we’ve had to unduly cap customers at sum insured, and therefore this shouldn’t affect our claims cost as a result,” he says.

“I’m not going to claim we’ve done the best job in the industry in terms of helping people get to a really comfortable level with their sum insured, but by no means have we done the worst."

He notes it’s taken around a year to get AAI’s reinsurers on board the change to full replacement.

He says it is “untenable” to extend full replacement to natural disasters, as this would see premiums spike.

“Every insurer that’s moved into this territory [of full replacement] will likely have to approach this in a very cautious fashion.”

A Vero spokesperson says the company has no plans to return to "open ended full replacemebt policies".

"Through products like SumExtra, we’ve tried to make it as easy as possible for our customers to ensure they have sufficient cover if the worst should happen – whether that is a natural disaster or any other kind of event," they say.

IAG has not yet responded to Interest.co.nz's inquiry about its position on full replacement, but in November 2014 commented on Tower's move, saying: "We feel that the industry standard of sum insured provides our customers with a clear understanding of their cover in the event of a total loss, whereas offering exceptions to the sum insured principal for specific circumstances such as a fire may cause confusion and promote an extra risk of underinsurance that would become evident following an event of another nature."

I have a feeling that the definition of "natural disaster" may become somewhat more fluid in the future.

I really do wonder why the bank forces me to have mortgage insurance, what exactly are they protecting themselves from?

AAI still covers you for natural disasters. Your cover will just be sum insured, not full replacement.

Sum insured is just a giant mess. You are never fully insured, you are paying a premium and hoping that it will cover you - it's basically gambling with your house.

- Insurance companies will not give you any assistance calculating the value (yes they provide a calculator) but no actual values. They don't want to be liable for any errors.
- Insurance companies will also refuse to "recommend" a particular Builder/QS. Again, in case of potential liability issues arising.
- A builder/QS will give you a "quote" but usually requires a statement to be signed to remove them from any liability. They will also not value additional components such as driveways, etc... that may require further site works.
- A valuer will avoid this entirely as they "only deal with a buy/sell market" not a rebuild.
- Banks will only ever "offer an opinion", which is usually for you to take a minimum sum insured to the value of your mortgage.
- The customer, what do they know about building a house? let alone covering additional costs such as garages, retaining, drainage, driveways, etc... Of all the parties they are the least "qualified"

Yet, out of all those parties above, only one (The insurer) is in a position to accurately calculate the costs of rebuilding.
- They alone, have actual first hand experience with all types of claim damage
- They have historic Nationwide information, updated with every single claim they pay.
- They are involved in all aspects of finances when paying out claims on a day to day basis, and
- They have existing/ongoing relationships with all parties involved in the construction industry.

So, if the insurer can't (should be won't) determine the sum your house should be insured for, then who can?

My insurer managed to value my burgled baked beans at 2/3 of purchase price. Generous buggers. How on earth do canned baked beans depreciate so rapidly!

Given they all screwed up their re-insurance figures, They clearly aren't any better at it themselves.

Maybe we should just put our premiums towards powerball. Probably an equal chance of getting a fair payout.

I feel they simply want the income stream....they aren't in business to give money out so they manage away the risk of payout. Keep you happy by paying for a broken window once in a while.
If you think this is bad wait till we all want our pensions! Good luck with that, it's all bad news on that front.

Their business model is fundamentally flawed. Insurance is never going to be profitable in the long run, as their sole point is to pay out money.

The current value of stuff on earth has been accumulated over centuries. Imagine the cost of replacing the Golden Gate Bridge, Tower of London, or the Vatican. Even if money was no object it still probably couldn't be done.

The AMI bailout showed that the issue is of national importance. So why not just go the one step further.

Although I hate to say it. House (property) insurance should be nationalised and mandatory (like the ACC) with premiums collected either via rates or property taxes.

Doesn't need to cover contents/cars/etc... just the physical property and structure (i.e. the actual human necessity to be protected from the elements) so that we avoid all the mistakes of multiple agencies arguing (i.e. Christchurch), and don't have people homeless due to no fault of their own.

In a single event (i.e. a localised house fire) it would be no different to current processes, but under a multi-event scenario (Wildfire, Earthquake, Flood, etc...) all cover is handled by one agency that can co-ordinate a more integrated and in theory more efficient rebuild.

As an aside, I personally think insurance is doomed. The Japanese Quake, Chch quake, and Thai floods just about bought the whole global industry to it's knees. A Large event happening in say New York, London, or Tokyo (or heaven forbid multiple large cities at once), and it would be visible to everyone that there isn't enough money on earth to pay out on everything that is covered (even if it is all sum insured)

In my experience (with Tower not AAI) you are only insured for what you can afford to fight for, after the event. So they take your premiums for years, then when you need them they are unprofessional, bullying and play hardball and hope you die or go away