Treasury warns the level of under-insurance in the wake of the shift to sum-insured for houses is a "real issue", but doesn't believe the Govt will be called upon to fill the gaps

Insurance
Treasury warns the level of under-insurance in the wake of the shift to sum-insured for houses is a "real issue", but doesn't believe the Govt will be called upon to fill the gaps 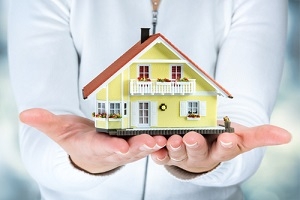 Treasury warns up to 85% of New Zealand homes could be under-insured by an average of 28%.

Worth a whopping $184 billion, it says this level of under-insurance is a “real issue across New Zealand”.

Treasury’s drawn this conclusion as it’s investigated the risks the insurance industry’s move to sum insured for house insurance poses to New Zealand.

This move to enable insurers to more accurately predict their liabilities, has essentially transferred responsibility for assessing rebuild costs to homeowners.

“Under 'full replacement' cover, the insurer would repair damage to the policyholder’s home and in the worst cases would completely rebuild the house with a replacement of similar size and quality. Under 'sum insured' cover, the homeowner needs to specify an insurance value which is sufficient to cover the cost of a complete rebuild,” Treasury explains.

It admits the problem is a number of homeowners aren’t willing or able to calculate rebuild costs accurately.

“This can be a difficult calculation as, in the worst cases, the costs may involve total demolition, removal of the rubble and rebuilding a new home that is compliant with the current building code. Therefore rebuilding costs often exceed the market value of the existing dwelling,” it says.

Unlikely the Government will fill the gaps

Treasury concludes it’s unlikely the Government will be called upon to fill the gaps or impose new requirements on brokers and insurers to address the issue.

It admits the $184 billion price tag on under-insurance is large, but says it overstates the risk as it’s highly unlikely the entire country will be hit by an event that would cause damage to every house.

“Even a major event like an earthquake would be limited to one location, and most houses in that area would not suffer so much damage as to reach the limits of their cover,” it says.

Therefore to investigate the effect of a realistic major event, it’s used modelling from the Earthquake Commission to calculate what the under-insurance shortfall might be after a magnitude 7.5 quake on the main Wellington fault.

Doing so, it’s identified a shortfall of around $135 million.

“Most homeowners (95%) would not experience a shortfall at all, but the impact on some households would be severe, with several thousand households facing an average shortfall of around $40,000,” Treasury says.

“Although under-insurance could cause difficulties for some householders after a major event, the total shortfall would represent only a very small proportion of the overall costs of the event.”

Nonetheless, it says the problem is still there and the insurance industry needs to “continue its efforts to support well-informed home owner decisions on their sum-insured values.

“Banks also have an interest in mortgage-holders having sufficient cover in place, in order to protect the value of their collateral.”

Treasury says that if homeowners are in doubt about their rebuild cost or want to include a risk margin for future increases in repair or rebuild costs, extra cover isn’t too expensive.

“For example, an extra $2 a week could obtain more than $200,000 of extra cover, based on online quotations for a house in Wellington.

“Customers can check with their insurers and banks what cover they provide and what tools or offers are available to improve the accuracy of their insured value,” it says.

Treasury acknowledges that considering rebuild costs is still a new experiences for most homeowners - many of whom are put off by the cost of getting a detailed valuation. As for online calculators, it notes these need to balance accuracy against usability and can only be as accurate as the information provided.

“Homeowners seldom know all the relevant information about their house and locating it can take some effort.”

Treasury warns that if the problem of under-insurance lead to widespread shortfalls following a major event, homeowners might put political pressure on the Government to provide support.

“The anticipation of such support can lead to home owners further under-insuring. This is known as a moral hazard problem.”

See this story for more on sum-insured and how to make sure your property isn’t under-insured.

So I suggest we pay more money for more insurance to those underperforming insurance companies who are showing their true colours in CHCH.
Not for me .

I know many people who have done very very well out of their insurers.....tired old decors got a face lift, same with the landscaping.

I know one young couple who had bought a house about 5 or 6 months before the Sept quake for $320K and have just settled for over $700K, in fact I think it is closer to $750k.....so they can take the payout, rent the house out and buy another house for themselves......We hear the bad news stories about Christchurch but believe me there are also many good luck stories running around....

The fact that treasury has broken this down to a per house basis is somewhat more interesting.........

They have us over a barrel Mr Gold. It's even worse if you have any scale of earth works, like retaining walls. That's all capped now too.

All those years of 'replacement' policy, we didn't know how good we had it.

Yet people buying up "As Is Where Is" houses can get some insurance......