Youi NZ reduces its loss by 41% as its premium income growth exceeds its claims expense growth; Says it's focused on 'continuous improvement'

Insurance
Youi NZ reduces its loss by 41% as its premium income growth exceeds its claims expense growth; Says it's focused on 'continuous improvement' 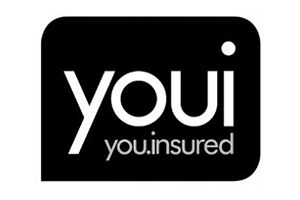 South African insurer, Youi, is slowly but surely growing its business in New Zealand, despite all the bad publicity it’s received.

Two years after entering the market, Youi was in December 2016 fined $320,000 for a number of Fair Trading Act breaches (it faced a maximum penalty of $9 million).

It admitted to falsely telling customers their bank details were needed to generate a quote. In some cases it debited these customers’ accounts without them knowing and invoiced customers for insurance policies they weren’t aware they’d bought. Youi also used its online quote system as a way of getting customers’ phone numbers to give them unsolicited sales calls.

While Youi’s parent, OUTsurance Group, in its latest annual report recognises “negative press” and an “intensively competitive environment” kept new business volumes under pressure in 2017, Youi NZ Ltd’s annual results show it managed to increase its gross written premium by 19%, to $31.15 million, in the year to June 30.

A Youi spokesperson says the company cannot comment on the extent to which this was driven by higher premiums and/or greater sales volumes.

Interest.co.nz notes that after the November 2016 Kaikoura earthquake, Youi bucked the trend of its competitors by not enforcing an insurance freeze in parts of the country affected by the event.

Asked about the extent to which this move to fill a gap in the market attracted new business, the Youi spokesperson doesn’t answer the question, but points out it’s the only insurer that doesn’t charge a natural disaster excess of $5,000.

According to figures in OUTsurance’s report, Youi has grown its business outside of Auckland. While 60% of its total sum insured was concentrated in Auckland in 2016, this portion dropped to 54% in 2017.

Its claims ratio (the amount it paid out in claims vs the amount it received it premiums) accordingly fell from 74% to 67%.

OUTsurance says a “significant improvement” in this ratio was a key driver behind it reducing its “start-up loss” in the year. Youi NZ Ltd reduced its loss by 41% to $6.48 million.

Also of interest, the Youi NZ Ltd results show the company has some surplus office space. It has reported this "onerous lease contract" as a $2.16 million non-current liability.

The Youi spokesperson cannot provide further comment on why this office space is no longer necessary.

However in more general terms they say: "Youi is committed to providing New Zealand insurance customers with a clear alternative and affordable insurance options. We are focused on customers, business simplification and continuous improvement.

“We understand the dynamics of the NZ insurance market are under rapid change with customers moving toward shopping on line and venturing into the digital space.

“We also appreciate that risks from natural disasters, such as earthquake, are more prevalent in New Zealand and hence we pride ourselves on a very disciplined underwriting approach.”

Ha! My god kiwis are dumb!

Only in comparison to your magnificence sir,

Pay back against advertising on rugby test matches?

Lol, you weren't a fan of Youi NZ's ads or the shirts?

YOUI would need to have your head read if you went within a 100 miles of this company ...

... the screeds of bad reviews and prosecutions against them aren't a figment of YOUI imagination ...

A young workmate of mine was talking about getting insurance through Youi as if they were the self-evident only option. I was all 'for chrissakes no, they're a bunch of crooks', but it was like they were the only company she'd heard of. Got her steered in another direction, but it took some persuading. They must be doing something very effective with the marketing, if nothing else.

they run mass ads over all platforms, have had the same conversation, and pointed out plenty of other options and said google youii complaints , that seemed to work

Are you saying that if Youi NZ didn't do ads you'd like them more?!

Unfortunately New Zealanders are usually more concerned with the cheapest price rather than quality (maybe this is what Youi mean by understanding the NZ insurance market).
So yes, Youi are possibly cheaper, will attract the "Warehouse crowds for cheap Chinese goods" but I wouldn't have confidence when things go wrong.
Insurance is based on a high level of trust, and Youi didn't demonstrate that at the outset. To me, Youi didn't understand the NZ market with their marketing/high presume sales techniques.

It takes less than 5 mins on the inter-web to see how Youi place in terms of premiums. They are betting on laziness

I saw their advert, being a low-miles driver I thought their "unique" insurance might suit me, it was more expensive than my current AA policy anyway. They wanted a credit card number during their quote, that was a red flag. Then my quick search revealed they had a very bad rep' overseas. Then they harassed me for days with unwanted phone calls.

How dumb are people not to do a quick search for "Youi sucks", "Youi reviews etc".

What is scary from your experience is that the bad behaviour does not seem to have stopped with the bad press. I would think that obtaining credit card information "aiding and abetting" if the credit card is later used by Youi without direct authorisation of the prospect. Also if a commission is paid from the proceeds of any unauthorised debit, the salesperson become a party to the crime. The crime being Fraud.

FYI, misuse of the Telephone is an offence, it becomes offensive if you have made it clear the calls are unwelcome. http://www.legislation.govt.nz/act/public/2001/0103/76.0/DLM127408.html

I am here in Aus - They haven't got very good reviews here (who does anyway, but theirs is exceptionally bad). I read few reviews that if you made more than one claims, they will refuse your insurance renewal in the following year and this refusal can cause a lot of headache if you have to look for another insurance company.