Youi says it's part of its 'business practice' to keep writing new insurance policies in most cases in disaster struck areas, even if its competitors don't

Insurance
Youi says it's part of its 'business practice' to keep writing new insurance policies in most cases in disaster struck areas, even if its competitors don't 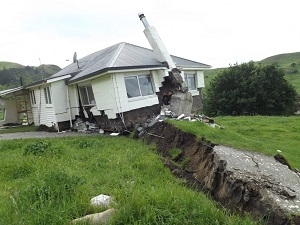 Youi is bucking the trend of its competitors and not enforcing an insurance freeze in parts of the country affected by the November 14 earthquake and aftershocks.

The South African insurer is continuing to write new home insurance policies for properties from North Canterbury to Wellington, provided they have come through the quakes unscathed.

It is also allowing its existing customers in these regions to increase their sum-insured, irrespective of whether their homes have been damaged.

As for contents insurance, Youi is continuing to write new policies and allow its customers to increase their cover, irrespective of whether they’ve suffered quake damage.

Youi’s position differs to the rest of the industry, which has put a widespread embargo on new home insurance and is declining requests from existing customers to increase their cover.

Different insurers are taking different approaches to contents policies, with some implementing restrictions on policyholders in, or moving within quake affected areas, but not those moving from other parts of the country to the likes of North Canterbury and Wellington.

The Insurance Council of New Zealand’s chief executive, Tim Grafton, says insurers are treading cautiously to minimise their losses, in order to meet their reinsurers’ needs. They also need to make “prudent decisions to minimise the risks they take on in an uncertain environment”.

He says insurers are starting to narrow their restriction zones, as they establish where losses are concentrated. However in the worst hit areas this will take longer depending on the settling down of seismic activity.

Freezes remained in place for up to two years after the 2010/11 Canterbury earthquakes, and a few months after the 2013 Seddon quakes.

Yet Youi’s head of communications Trevor Devitt has told interest.co.nz it is part of its “business practice” not to implement a blanket freeze after a natural disaster. It has taken the same approach in Australia, as this is part of its “philosophy”.

Devitt says Youi, which entered the New Zealand market in late 2014, has a relatively small exposure in the central part of the country, as the bulk of its business comes from in and around Auckland.

The problem with the insurance freeze implemented by the rest of the insurance market, is that those trying to secure mortgages are running into issues without adequate insurance cover.

Grafton says: “Our advice to people who are in the process of buying a new property where settlement is subject to insurance and finance, is to check with the vendor’s insurer to see if they will provide cover as that is a common solution.”

While Youi received a surge in calls straight after the quakes, Devitt says it hasn’t noticed a spike in business due to the position it’s taken in regard to the freeze.

Youi has been fined $100,000 by the ICNZ for using misleading sales tactics. It is due to be sentenced in the Auckland District Court on December 15, further to pleading guilty to 15 Fair Trading Act charges brought against it by the Commerce Commission.

We know Youi is a tricky operator. As above. And the AMI experience was bad for the taxpayer, who had to step in. Last thing we need is an insurance company who overpromises and underperforms - eg inadequate re-insurance. So what we/govt should do with Youi is................

It is a a good thing for consumers though that the market has this competition, to allow people to still get insurance during this period. It is probably one of the risks though for a government, unless they plan to setup a state run insurance system again. But IMO NZ is too small to have a competitive market in insurance, especially as many insurance companies / brands appear to be owned by the same parent company.

If there is another major earthquake, Youi customers may find they have no insurance cover, the numerous clauses and exclusions in their policies will put paid to any meaningful cover. Their recent tangle with the Commerce Commission should be a big red flag to all.
http://www.stuff.co.nz/business/money/83056461/Commerce-Commission-lays…

We are absolutely confident that our approach is correct, our reinsurers back us and we have appropriate reinsurance in place. Trevor Devitt

yes Trevor. But your companies behaviour has been well demonstrated to the extent of having penalties imposed. Some great journalism and alarming stories here on Interest.co as well. So red flags apply. I would not commit one cent to your companies service.

Harsh...but not unfair given their previous track record on flogging insurance. You've got to trust the insurance company your getting into bed with not to screw you on a technicality if you need to claim. In most instances people will be able to get cover through the previous insurance provider anyway so there will be other options.

It's also part of Youi's "business practice" to write policies and sell using techniques that result in virtually zero payouts.

That's great for the taxpayer. If/when Youi goes tummy up, their policy terms will let us off the hook almost entirely.

When Youi kicked off in NZ they stayed away from Christchurch, preferring to concentrate on lower risk zones where they could pick off the best quality risks. No issue with that. It is straight from Insurance Start-up 101.

But to now trumpet they are bucking the trend of natural disaster risk acceptance moratoriums is a bit rich given they will have no choice but to do the same once they have a substantial book of business in the next disaster zone. It also signals continuance of an ongoing character trait, highlighted by other commentators, that consumers must remain sceptical of.

As earthquake damage can be difficult to observe or differentiate from 'normal' house movement, especially to structural components and the underlying ground, Youi's target market are in no position to declare, over the phone, the absence of damage. The only way they can ensure there is no come-back in a subsequent earthquake event is to have Youi do the inspection. Youi's business model is not set up for that.

Youi know this yet, if the reporting is correct, they've chosen to ignore it. Perhaps a little bit more journalistic rigour is warranted rather than just grabbing a corporate press release headline?

PS: And when will journalist stop allowing insurers to blame the big, bad reinsurers for these restrictions? All the reinsurers are insisting upon is what the insurers should have done in the first place and what current risk management disciplines in the primary insurance market demand.