Having forked out $240m for damage caused by extreme weather events in the last year, insurers call for the establishment of a central agency to oversee a plan to adapt to the impacts of climate change; LGNZ on a similar page

Having forked out $240m for damage caused by extreme weather events in the last year, insurers call for the establishment of a central agency to oversee a plan to adapt to the impacts of climate change; LGNZ on a similar page 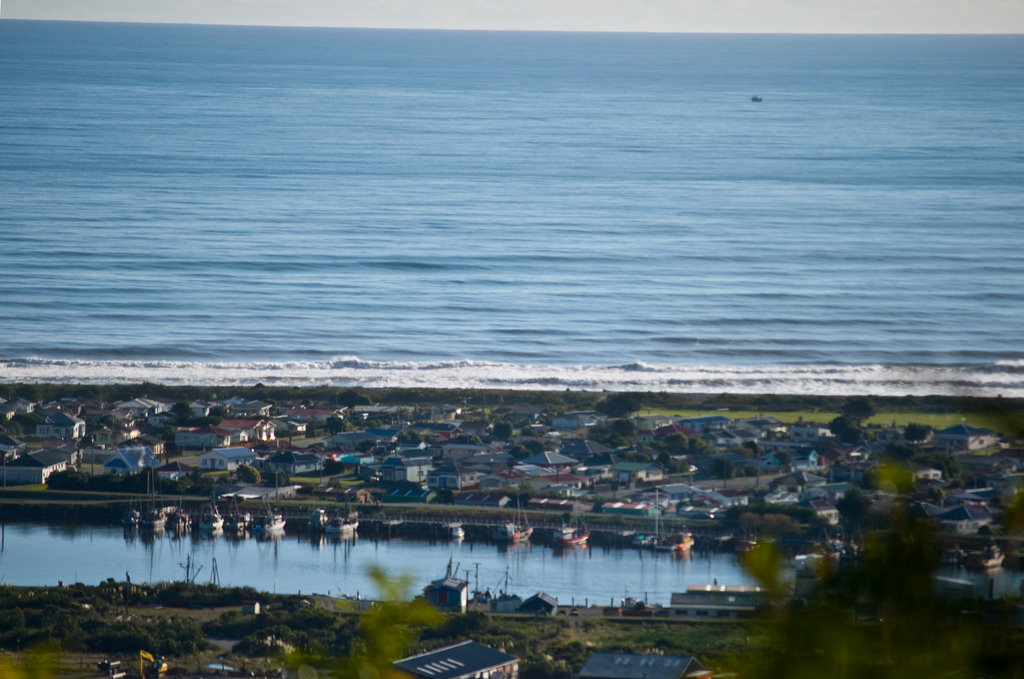 General insurers want the Parliamentary Commissioner for the Environment (PCE) to look at ways of adapting to the impacts of climate change, rather than largely focusing on reducing greenhouse gas emissions.

“Greenhouse gas emissions are cumulative, which means rising temperatures, increased flood risk in some parts of the country and increased risk of drought in others will continue. Unless we adapt, there will be significant economic, social and environmental costs.”

In ‘A Zero Carbon Act for New Zealand: Revisiting Stepping stones to Paris and beyond’, Upton provides advice on how the Government should go about setting up an independent Climate Commission, as it enacts a Zero Carbon Act.

He says: “A Zero Carbon Act, based on the UK Climate Change Act, should be designed to put in place a process for meeting carbon budgets and targets. Such a process should require the Government to spell out the policy measures and settings it will adopt to meet those budgets.”

He believes the Climate Commission should play an advisory role in proposing carbon budgets.

He also maintains it should consider setting separate targets for different greenhouse gases. Upton notes gases from agriculture - methane and nitrous oxide - make up about half of New Zealand’s emissions profile. He says: “This cannot continue”.

Coming to the adaption part of the picture, Upton wants a process for carrying out regular national-level risk assessments and national adaptation planning to be included in the Zero Carbon Act. However, he hasn’t firmed a view on whether the Climate Commission should have a role in this.

He doesn’t go into detail on adaptation, but says: “Developing a strategy could go some way to ensuring that good science is available for decision-makers, that effort is being focussed on priority issues, and that information is shared so that councils are not engaged in reinventing the wheel.”

Grafton says: “If there were to be a 30cm sea level rise between now and 2065 - a relatively conservative possibility - what are today considered extreme, 1-in-100-year high water levels will occur annually in both Wellington and Christchurch. There are 32,000 homes within 1.5m of the current mean high tide level...

“New Zealand needs its central government to take ownership of identifying and reducing risks to people, property and the environment, and providing clear guidance to local government as that is where many decisions are made.

“This requires dedicated resources, coordination across Ministries and bipartisan political commitment towards achieving over the long term.

“These matters need to be at the heart of the package of reforms the Government is considering alongside climate change mitigation.

“As the Commissioner notes, New Zealand is one of the few OECD countries to not have a national adaptation strategy and that should be provided for in legislation.

“Monitoring how well New Zealand is reducing its climate change risks should be done independently and transparently. Responsibility for coordinating planning should rest with a central agency that has an overview of nationally significant risks.”

Its president, Dave Cull, maintains there is an "urgent need" for local and central government to be in alignment on adaptation.

“Local government is ready to do more but needs direction from the national level on a clearer decision-making environment and agreement on the financial responsibilities and funding for adaptation," he says.

"We also think the Government needs to lead a national education and engagement programme to ensure communities are aware of the full extent of climate change impacts.”

Cull says the local government sector needs to be involved in any conversations and decisions about the place of adaptation in the Zero Carbon Act. He also says it has a role in determining what agency or mechanism is adopted to carry out that work.

Insurance companies could start already by simply refusing to cover property in vulnerable areas. While there may be some capability for a Government to take some protective measures, we will just have to accept that some areas that have previously been desirable living areas, will not be sustainable against extreme weather events. Doing anything else will be like trying to hold back the tide. Tax payer funding should not be spent on protecting a few at the cost of the many.

That is the danger. The problem is who determines what is a risky area? Kapiti council? tried it and got burned in court? Maybe the insurance campaniles face the same quandary.?

I kind of suspect that it comes down to a wish to privatise the profits and socialise the losses and work to do it so I sort of agree with you, let the insurers pull out.

Of course then didnt labour say they wanted to do insurance? to bring costs down? of course then how do stupid politicans know how to do this? they do not so again more socialise the losses will result.

Precedent for socialisation of losses is already being set in CHCH where ratepayers are funding the purchase by CCC of properties that were widely known for many years to be flood exposed. Some from people who bought them after the earthquake sequence increased the flood risk by causing land under the houses to sink.

Territorial authorities do have the power to address this, at least in respect of new builds. CHCH for example has a finished floor level regime that factors in climate change effects.

Also how do we protect the at risk areas? well build very expensive dikes. ie the only way is to socialise the cost to a) protect the "rich" who seem to be stupid enough to buy in at risk areas and deny the science. b) ensure insurers get a closer to risk free rate of return.

and to think most of us work for a living

Flood prone South Dunedin and the eastern suburbs of CHCH are not where your mythical 'rich' people are building or buying. Those exposed to sea level rise are predominately lower decile.

Can't see this ever being an issue. I've been assured climate change is not real.

Same authority assures me the world is flat and so far they have been proved right because I've not fallen off.

Adaptation strategy:
1) Government and local government doesn't get involved in protection works or land purchase due to climate change / sea level rise
2) Insurers will just have to deal with more storms. Premiums will rise accordingly
3) Government sets a CO2e price and transitions in all NZ emissions
4) Government determines which overseas carbon certificates are valid (re previous dubious credits) & which are not and acts as the intermediator for purchase /sale of overseas credits when it is cheaper to purchase these than purchasing NZ credits
5) Government frees up zoning rules to allow cities to migrate inland as sea levels rise

We don't need anything more complicated than that or any other unnecessary regulations or subsidies.

kiwi_overseas. On yr p2); the increased premiums required to address the 32,000 at risk houses would, when levied on other policy holders, make insurance unaffordable. Insurers will instead progressively withdraw flood cover either by outright exclusion or higher deductibles. It'll happen gradually as policies lapse when ownership changes or premiums are not paid. Before it hits us, insurance companies will have been long gone from those areas.

OK, tis for clarification. But a similar process applies. Look at insurance cover availability in storm exposed regions such as those in the path of pacific cyclones. It's very expensive with high deductibles or else not offered.

"Before it hits us, insurance companies will have been long gone from those areas." I wonder how many insurers had withdrawn from the properties flooded on the Gulf of Thames coast recently, especially around Kaiaua. And those flooded on the South Island coasts. https://www.youtube.com/watch?v=CwZklEtYy8c&t=195s

Thames has been the subject of targeted flood underwriting for a long time. Likewise Greymouth and Cobden, although this was relaxed somewhat after the Grey river flood wall went up and proved successful.

it's not just houses at risk but a lot of infrastructure as well like roads, bridges...govt needs to be on top of this or else big losses coming our way

Can be summarised in four words:

New Zealanders won't be able to afford (or won't pay for) the huge costs of both major mitigation AND major adaptation. The insurance industry will need to decide what its priorities are and go to bat for them.

The mitigation offers no pay-back for those shelling out, while people can see something
tangible for their money with adaptation investment.