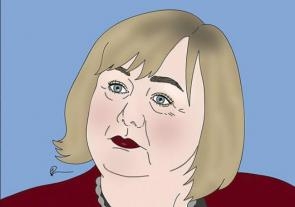 A public inquiry into the Earthquake Commission (EQC) focusing on the handling of insurance claims by EQC and learning from the experience of the Canterbury earthquakes, will be led by ex-Governor-General and High Court Judge Silvia Cartwright and have all the powers of a Royal Commission, Minister for Greater Christchurch Regeneration Megan Woods says.

“Dame Silvia has enormous mana and experience with public enquiries, having led the famous Cartwright Inquiry into Auckland National Women’s Hospital in the 1980s, and served on the Cambodian War Crimes Tribunal. To have someone of her standing, skills and experience agree to lead this very important public inquiry is really exceptional," Woods says.

She says the inquiry will be the first of its kind under the Public Inquiries Act 2013 and will have all the powers of a Royal Commission, be independent of Government and make its report directly to Governor-General Patsy Reddy.

“The aim of the inquiry is to learn from the experience of the Canterbury earthquakes and ensure that the Earthquake Commission is fit for purpose in future events. The insurance system as a whole, including EQC’s role in that system, needs to be ready to deliver services to those affected by the next big event – whenever or wherever that happens," Woods says.

“How the Inquiry approaches its task is a matter for the Inquiry team, but I expect it will engage with all interested parties, especially those with direct experience of submitting and managing insurance claims.”

The Inquiry’s terms of reference are here.  They note there are still about 3,000 unresolved residential property claims stemming from the Canterbury earthquakes.

"These mainly relate to land claims or remedial repair claims, such as repair claims that have been reopened due to poor workmanship, incomplete repair scope, or damage not identified in initial assessments. These unresolved claims have a significant impact on affected Canterbury residents as well as on continued confidence, including of the global insurance market, in New Zealand’s ability to respond quickly and comprehensively to future natural disaster events," the terms of reference say.

Woods says the focus of the Inquiry is on the handling of insurance claims by EQC and, where appropriate, other insurers following the Canterbury earthquakes.

“It is important to put a boundary around the work of the Inquiry. There are a range of avenues open for claimants to pursue their individual cases, including the recently announced one-stop shop - the Greater Christchurch Claims Resolution Service (GCCRS)," says Woods.

An interim report is due from the Inquiry by the end of June 2019.

The Insurance Council of New Zealand (ICNZ) says it's pleased the focus will be on lessons learned from the Canterbury earthquakes and will consider other models, such as that deployed after the Kaikōura earthquake. ICNZ says after the Kaikōura earthquake insurers and the EQC signed a memorandum of understanding that saw insurers act as agents of EQC, assessing and managing claims for their customers, including any under cap portion.

"This was a significant departure from the model used in Canterbury, where customers had to first lodge a claim with EQC, then EQC would need to seek validation that the claimant was insured by contacting their insurer. If the claimant’s insurance was validated, EQC would then scope and assess the claim before passing the claim on to the claimant’s own insurer if the damage to their property proved to be over the $100,000 EQC cap," ICNZ CEO Tim Grafton says.

"The Kaikōura model has been incredibly effective. In two years, 99.8% of all domestic claims and 99.2% of total claims have been resolved."

"This is the most efficient and effective way to respond to natural disasters and it makes more sense for customers. Customers choose their insurer and their policy, so it makes sense that their chosen insurer deals with the entirety of their claim in the event of a natural disaster. Insurers operate in a competitive market, so are highly incentivised to manage claims efficiently for their customers and to protect their brands," adds Grafton.

"In Canterbury, customers had to deal first with EQC then, if their claim was over cap, their insurer. This often led to multiple assessments, use of experts and increased the scope for disagreements, all of which contributed to delays. The Kaikōura model ensured homeowners had a single point of contact and accountability."

"Under changes that come into effect in July next year, insurers will be responsible for managing and settling all contents claims," said Grafton. "If the insurer is going to be on the spot in any event, why would any model also require EQC be present too?" Grafton says.

"In addition to all the service improvements this model delivered, insurers are also well-equipped to meet the transparency and reporting requirements of the agency model. Insurers act as agents for their reinsurers in all their claims worldwide. They are accustomed to reporting progress and being accountable to reinsurers and it’s just a matter of reflecting this approach with EQC. This is the model for the future and we will be submitting such to the Inquiry," says Grafton.

This is a good development. Overdue yes, but at least this government is holding to its undertaking and is prepared to investigate the dereliction of duty, malfeasance even, of a government department whereas the previous would not and never would have, perhaps because they viewed that sort of behaviour as being just the ticket. There is a recent high court judgement (Hood v EQC NZHC 2393) that reveals EQC holding to a repair costing of $10700 for six years or so when the true cost was $100K’s. This is a far from uncommon situation. We ourselves were allocated in a similar manner, $98K for a repair when it was patently obvious the house was wrecked. For reasons driven by either the previous Government and/or Treasury there was undoubtedly, a concerted policy to keep claims under the EQC cap and while that may have aided that government’s balance sheet, it certainly wrecked a very large number of homes and families.

Grafton is comparing apples with oranges. By Kaikoura open ended cover had almost ceased to exist. Most total losses were well over the nominated policy sum insured that applied by then, with settlements significantly less complex than CHCH. Of course it's going to be a whole lot easier !

He's correct that having insurers carry out assessments in Kaikōura was far more effective but conveniently doesn't mention that this event was a tiddler in terms of claim numbers, compared with CHCH. How well private insurers would do compared with EQC if the big one hit Wellington is not canvassed by Grafton.

The terms of reference appear to be carefully confined to examining process with the behaviour of some insurers remaining largely unexamined. Woods has missed an important opportunity to expose some of the dark stuff that went on in the CHCH EQ claims settlement world. She should have opted for an Aussie style post disaster forensic examination but has instead elected the soft option route.

“with the behaviour of some insurers remaining largely unexamined.” Yes that is the rub and a topic on which the two of us have often exchanged views. As a matter of interest though, at the other end of the stick, are coming across far too many cases of genuine EQ claimants, vulnerable people mostly, having been badly exploited by so called facilitators they had employed to help them. Opportunists and scavengers, no better than robbers on a battlefield. This whole EQ episode over eight years has exposed some pretty ghastly culture residing in our society. As such, if the past is to help the future, like you say ALL the dark corners of what went on, need to be brought out into the light.

Indeed, and don't also forget that as well as the ticket-clippers and ambulance-chasers who preyed on the vulnerable and frightened, there was also the Fleecer Fletcher debacle: shonky repairs, exempt from consent regulation, near-monopoly behaviour at its finest.

Quite rightly, the CHCH EQs are being consigned to history by NZrs. Life moves on. But other big disasters will happen in future and the same incompetence and thuggery will again occur - because they got away with it in CHCH. In Aussie there has been recent public exposure of insurer underhand tactics on disaster claim settlements, with executives robustly grilled and the dirty tricks exposed. Contrast that with NZ where appalling behaviour and negligence is largely passively accepted, apart from the lonely squeals of pain from the CHCH homeowners directly affected. Key players in this sorry saga are allowed to quietly retreat to anonymity. The response of politicians, including Wood's meek little enquiry, is limp and but reflects the apathy that pervades Kiwi society, enabling the pillaging by banks and other corporates. We really do get what we deserve.