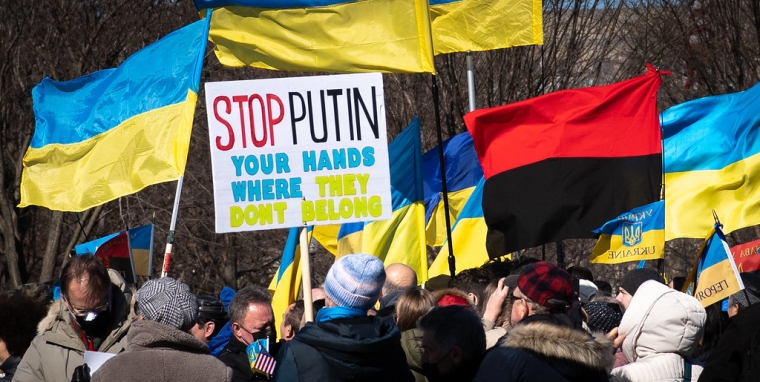 They issued a statement as the global investment research giant, MSCI, announced it would eliminate Russian equities from its widely-tracked emerging markets index.

This will cut Russian stocks off from a large segment of the investment fund industry, including the likes of the NZ Super Fund, KiwiSaver funds and other private investment funds.

MSCI said it received feedback from “a large number of global market participants, including asset owners, asset managers, broker dealers, and exchanges with an overwhelming majority confirming that the Russian equity market is currently uninvestable and that Russian securities should be removed from the MSCI Emerging Markets Indexes”.

Coming back to the pledge by the four New Zealand investment funds, they stopped short of committing to selling shares in all Russian companies.

“The investors do not apply country-wide company exclusions, and companies are not excluded based solely on their Russian domicile as they may have no links or contribution to the aggression of the Russian state,” they said in a joint statement.

“The investors will monitor the activities of individual companies on a case-by-case basis in the event they are linked to the conflict and meet the threshold for conduct that would see them excluded.”

The NZ Super Fund told interest.co.nz the value of the holdings it plans to sell sat at $5.95 million as at February 24 ($3.13 million of bonds and $2.82 million of equities). This value has plummeted since then.

As at February 28, it held $9 million of shares in companies from Russia, covering retailing, media, telecommunication, banking and financial services, marketing, retail, chemical and mining companies. The value of this holding fell from $25 million a week earlier.

These are tiny numbers relative to the $58 billion of funds the NZ Super Fund has under management.

ACC told interest.co.nz that as at March 1, it had $10.7 million of Russian assets, including $9.5 million held in Russian state-controlled entities.

The Super Fund, ACC, Government Superannuation Fund and National Provident Fund said in their statement, “The investors’ actions have been taken in accordance with their respective Responsible Investment/Ethical policies.

“The policies provide for sovereign bond exclusions when there is widespread condemnation or sanctions by the international community and New Zealand has imposed meaningful diplomatic, economic or military sanctions aimed at that government.

“The New Zealand Government has strongly condemned Russia’s invasion of Ukraine, and implemented a range of measures in response to Russia’s actions. The Prime Minister has also stated the Government is looking at other moves it could make in response to the aggression.

“With regard to majority Russian state-owned companies, the investors took into account relevant factors under their respective frameworks, including the strength and scale of the international response and the New Zealand Government’s public position on the invasion, in addition to considering the actions of their peers, expert advice and other relevant factors.

“Given the serious nature of the issues, widespread condemnation of the invasion from the international community and by the New Zealand Government, and the close association of the companies to the Russian state through its majority ownership, the four investors considered exclusion the appropriate course of action.”

Interesting background overview, the likes of which you will never see in our  media.

I suggest NATO shoudl push Russia back to the Ural mountains.  That should keep both sides happy.

The EU by admitting the E European countries into NATO (equipping, training and coordinating) would be creating a buffer between themselves and Russia, as a reversal of when Russia used those same nations as a buffer against the west.

There's nothing palatable about any scenarios out of this standoff between west and east.

Putin is living in the past, Russia is never going to be invaded by the EU.  There's a reason NATO invited Russia in, to be transparent and assure Russia of it's intentions.

NATO expansion compromises safety of other countries. We live in era of nuclear weapons so it does not matter how long the border is. The main factor is how close you can put you missiles from to the main cities of your enemy. No wonder yankees were so stressed when missiles arrived in Cuba half a century ago. So missiles in Cuba was a threat to USA but bloody never expanding NATO is not. Safety works both ways. Yankees need to sell more weapons, EU did not demonstrate solidarity and did not donate enough into a NATO budget. Any conflict on EU NATO border will increase USA profits from selling weapons. This is similar to WW2 outcome - soviets and europe in ruins, States is a winner. Many tried to push Russia, we all know how that ended

I think it was Warren Buffet who said:

Once Russia has lost this war, one way or another, I think Russia will outperform again as relations gradually normalise.

How about also dumping Chinese and UAE investments and secondly are the mum and dad investors aware that they invested in a country run by a dictator.

This seems like how long is a piece of string.

A bit vague. 1st off are the investments they hold traded on stock exchanges outside Russia? If so they'll be able to sell easily, albeit at a loss.

Are they only quoted on the Russian stock exchange. If so they'll have to wait till it reopens. If they sell they'll make huge losses in NZ$ terms.

Are any capital amounts, dividends or interest remittable if Russia has been shut out of the banking system.

Is it compulsory for them to sell (based on there own Responsible Investment/Ethical policies) or is this just a me too and in any event the impact on their overall investments a drop in the ocean.

sounds like the road to hell is paved with good intentions.

I guess investing in housing might be considered a "woke" investment. And if NZ is a "woke" country, shouldn't our equity markets be raging hot right now?

It would be interesting to know why Russia is banned and yet China (given its actions in HK, Tibet and Uighurs etc) is not.  I find the ESG/SRI theme in investing to be riddled with inconsistencies.

Shh, we're all supposed to ignore that China, a totalitarian Communist state, is committing genocide. Because milk, or something.