Reading, data and analysis are important says Tony Morgan, but an investor's drive to improve needs conviction and belief, so that the right pieces fall into the right puzzle

Investing / opinion
Reading, data and analysis are important says Tony Morgan, but an investor's drive to improve needs conviction and belief, so that the right pieces fall into the right puzzle 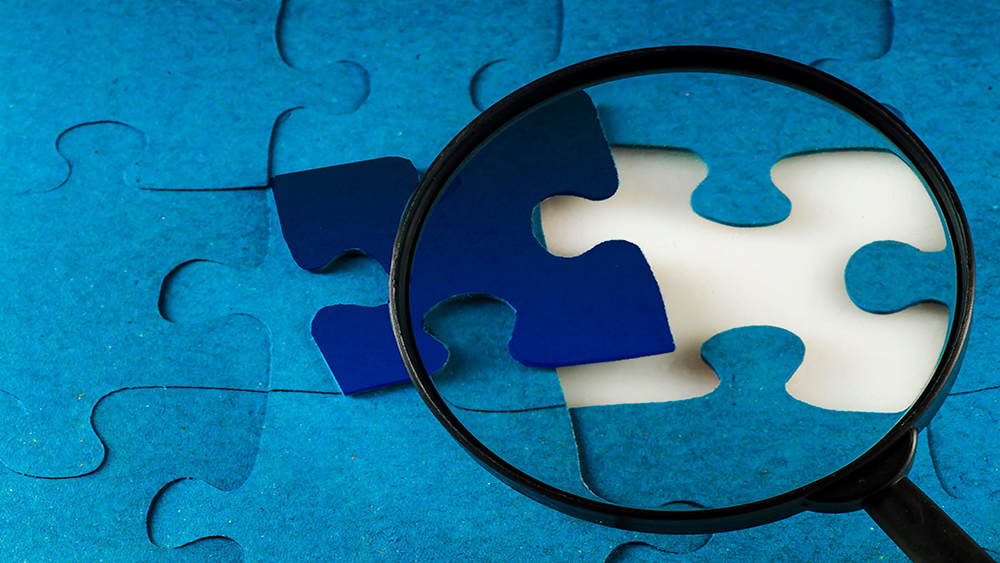 Believe me when I say sciatica is a pain in the ass. My second eldest son, would simply say, “You are old Dad. The way it is, so stop whining!”.

Seriously, believability is at the heart of investment decision making.

I stumbled upon this notion a few years back reading Ray Dalio’s (founder of Bridgewater Associates, a very large US Hedge Fund) Principles.

My take on the book generally wasn’t very positive. I got bored. His concept around transparency in life and work didn’t gel. In the end, I gave the book away to the local book exchange.

However, I must give him credit for giving me a knock on the head around the concept of believability. I woke up a bit.

The waking up call was a realisation that all human endeavor can be a mixed bag, is fragile and open to error, especially in the lively trade of businesses.

But really, is 'believability' a simple end in itself? i.e. you either believe in an investment opportunity or not?

Gauging this isn’t that simple.

And that’s what struck me so suddenly, as a try-hard stock picker. I had been going all along for years (silly me) making judgements, but not pinning down this extreme piece of language. With believability, the value judgement, the goal at once became a lot clearer, some certainty (an ideal) as to what to aim for.

But where do you start in making such a judgement? What are you to believe in and to what extent?

The start begins every day. That is abundantly clear.

In everyday life, your senses are bombarded with information to process and you clearly have to tackle the noise in some way to provide clarity.

As a quasi-farmer, I am always looking at the Met Service weather forecasts to help set the daily outdoor agenda. My learned response is that it is helpful, but don’t rely on it ... be happy with a logarithmic surprise.

I believe our Kioti, Polaris and Toyota vehicles are mostly great inventions to get from A to B and back (and do real work!), but then again I have learnt that some maintenance (and mechanical understanding) from time to time is imperative.

Now that’s just the start to believability issues on a daily basis ... the issues are infinite especially as you add the human interface interactions that obviously occur and are central to our ordinary lives.

But let’s just focus a bit on our investment portfolios or portfolios-to-be.

Every dollar allocated across cash, bonds, property and equities will be invested because of some reason coming from your belief or that of some advisor.

Every time you make an investment decision, be it either buy, hold, or sell; some level of belief has led to such a step.

So, you can quickly realise the importance of unpackaging believability into it parts (usually by continually asking questions) the ultimate goal being a decision as sensible as possible.

As change is a constant in finance as it is elsewhere, the quicker you sharpen your wits and start identifying what you believe has some truth, so you can make an investment decision, the better.

The last six months in particular has given us a reminder that this issue is more fluid than one would think. There are so many investment variables out there in the financial world that believing you can master them all, in your favour, is a nonsense.

“Markets are a very complicated impressionist painting” says Emmanuel Roman, the head of PIMCO (US$2 tln funds under management) in a recent Financial Times interview. Quite on the mark he is, so you get the drift, especially when puzzlement precedes enlightenment.

So, your convictions have been tested, and your beliefs about what you had thought would happen stretched, altered and or justified or not.

This is why burying the head in these rough waters is a not at all helpful,

It doesn’t help your belief system or keeping in touch with insights that are important to the success or not of your investment portfolio.

It is best to monitor your beliefs by reviewing your investments one by one.

It is appropriate over the next two months in particular, since we have many company results and thus commentary about how well they are managing. These company updates will be useful in provoking your thoughts, likewise your beliefs and confidence for the rest of the year.

Process what you uncover. Discuss with close associates, friends and family to get further feedback.

So, from purely a stock specific perspective I personally will be taking a keen interest in what is being said from my portfolio companies. I will also be scanning other company news for general knowledge and comparative intelligence.

Your confidence level should be guided by what you take out from the news preached. For instance, is the company reporting consistent with prior commentary that you had read previously? Or is the company management letting the macro environmental issues sway their commentary such that it gives them an excuse for not being quite up to it relative to previous guidance?

So here you can pick up that short-term issues that may get tangled or not with longer term fundamentals?  The severity of such language will be rather mixed from company to company, like it was in Covid times (I know it still pervades), i.e. some doing well, others getting hammered.

Don’t be put off by an (your) inclination to believe that the investment environment will continue to be corrosive whereby you shutter and stutter to increase your weighting to equities, favouring money in the bank, cash and or term deposits or bonds.

Find your level of comfort. This is the time to do it.

Other investors will have a different view and take in the language being offered by company stalwarts that all is not lost, that the company will prosper longer term given for example its position in the market place and say strength of its balance sheet.

Eighteen months later and the story is a lot better. Time is a healer and those with belief in management to get through the rough has materialized.  I realise these are just two small company examples (but actually employ thousands of people and are rather important in little New Zealand, truth be told), because we own them. Furthermore, we did take the belief plunge and buy more when the chips were down and no dividends were being paid. Believe me I was never certain of my belief; however, I did ask deep questions. I even phoned the previous chairman of Accordant, Ross Keenan, to get his solemn opinion. I was lucky he obliged in being forthright and generous in giving his time to speak to me one on one.

On the contrary, my belief in Vital Limited has not lived up to expectations.

My somewhat jovial article on the company late last year painted a picture of me having a bloody nose. With now having sciatica and a substantial lower share price (just on 30c now) I feel more humble - and miserable.

We have seen the CEO, Andrew Millar exiting a few months back and another Sales and Marketing Chief leaving only after a year in office.  As well as deteriorating financials, the stock looks a mess! This is all after Vital (then known as TeamTalk) fended off a takeover offer in 2017 from Spark at a much higher share price of 80c! At that time the Board suggested the company was worth over a buck and assets worth over $100 mln. I believed them. I believed Mr Millar when he bought 800,000 shares at 80c early last year.

Oh, dear what a disaster. I and other longer term investors have been duped; have been led up a garden path. This immediacy example shows you the misfortune that can happen upon the partial failure of business execution (here, reduced sales and profitability, and loss of dividend payment that was a feature through the Covid pandemic). We will come back to Vital in another commentary as the game is not over!

Seriously though, prise open your portfolio and examine as deeply it as you can. Look at the opportunities that may be starring you in the face should your vision be aligned to management and the company’s long term views.

In summary, just like having true friends who you can trust, believe and have a good time with, the same goes in approaching your strategy towards investing.

Don’t be taken as a fool by rushing to find your next mate (investment).

Use your worldly skills in whatever way you like, but make sure you understand your level of belief, because that will be necessary for the long-term benefit of your investment portfolio.

The more you believe, the better you will sleep at night, then tomorrow will take care of itself.

Thought provoking article. Confirms to me I have neither the time nor the passion for managing my own portfolio. It takes a certain type of individual to have the wherewithall to study world wide markets and sort out the wheat from the chaff. I salute this type of person. It takes courage to base serious financial decisions on pure research using your own money. Of course the next step is advising others how to invest their money with enough success to meet their investment goals. Certainly not for me. The only complaint I have as to our current financial investment industry in NZ is that to get the best personalised advice takes a reasonably large nest egg to get through the front door. Most investors have to rely on institutional investment models and therefore have very little ability to invest or bail out at short notice to minimise losses. That is my unqualified take on the system. Maybe I am missing something.

For most people they should just invest in a highly diversified low fee ETF. Something the smartshares total world fund on the NZX. After fees it will outperform most advisors and fund managers over the long term.