Summer KiwiSaver's Martin Hawes says by having three times as much money invested offshore as in New Zealand, KiwiSaver fund managers are doing the right thing for their members

Investing
Summer KiwiSaver's Martin Hawes says by having three times as much money invested offshore as in New Zealand, KiwiSaver fund managers are doing the right thing for their members 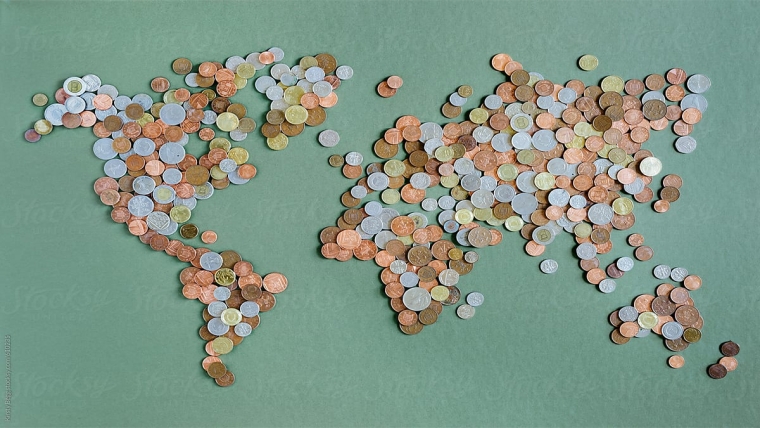 To put that into money terms, assuming a total of $70 billion in KiwiSaver, $7.7 billion is in New Zealand shares with $21 billion invested offshore. Nearly three times as much is invested internationally as is invested in the home market.

Some people would say that these numbers are the wrong way around. New Zealand companies need the capital, people argue. A New Zealand fund invested for New Zealand people might have greater amounts invested at home than offshore - KiwiSaver money ought to stay at home, they say.

Not so. There are some good reasons for investing internationally. Even though your first instinctive might be for more money to be invested in New Zealand, I think large amounts of KiwiSaver money ought to be invested offshore:

None of this means that investors should abandon their home market – there are reasons to keep some money at home: first, a good active KiwiSaver fund manager will beat the average in the New Zealand sharemarket; home ground advantage means good active New Zealand share funds are likely to win and win well.

Mercer, an investment researcher, measures fund manager performance in the New Zealand market every five years and their 2017 study shows that the median New Zealand fund manager has beaten the NZX50 index in each of the last three five-year periods. KiwiSaver money invested in New Zealand shares is likely to do better than average.

Second, investing offshore will give greater volatility. Owning international shares means investing in a foreign currency and this currency will have its own volatility. Offshore investing means that you will have the ups and downs of the shares and also of the currency. At times this can lead to a bumpy ride.

However, neither of these two factors (likely outperformance in the home market and additional volatility offshore) outweighs the need to get money offshore. I think KiwiSaver managers with large amounts of money to invest should continue to put the majority offshore.

*Martin Hawes is the Chair of the Summer Investment Committee. The Summer KiwiSaver Scheme is managed by Forsyth Barr Investment Management Ltd and a Product Disclosure statement is available on request. Martin is an Authorised Financial Adviser and a Disclosure Statements is available on request and free of charge at www.martinhawes.com. This article is general in nature and not personalised advice. Summer competes with banks and other KiwiSaver providers.

Hmmm...throw more pension money at Apple and the DJI? Not sure that makes much sense, even though every expert would probably disagree with me. OTOH, NZ has some relatively high div yields for companies producing necessities such as power.

Also, NZ is decades behind in terms of infrastructure compared to many countries (while ramping up immigration without any rhyme or reason except to pump GDP). What a long-term strategy where pension monies are invested in the country? Of course it won't happen on any meaningful level as the horse is hitched to the idea of being a rentier economy.

Most shares everywhere have been doing well.

I look at the returns I receive through kiwisaver, and they are laughable compared to my other investments. Nothing more than diversification for me, though I would welcome and probably invest more in kiwisaver if there was an equitable self managed option available; rather than a ticket clipper on the way through who guarantees nothing.

I agree overseas shares are worth considering, for diversification. I have looked at them, however the tax status often disadvantages foreign shareholders, which doesnt seem right when NZ doesnt impose the same for foreign investors here.

While I disagree with public private partnerships delivering and owning public infrastructure, if the shareholding of these vehicles was predominately NZ owners it could/would provide a range of local investment opportunities where profits are circulated locally rather than removed and replaced by more borrowings. If one can syndicate large scale property, surely this could provide the government the opportunity to do the same for infrastructure and keep the profits local.

Good to hear that your investments are doing well. Well done you. NZ really, really needs people who can deploy capital well, it is a hard thing to learn.

Business is a hard teacher. My experience has been that years of slogging through the mud have sometimes been followed by fair weather and good riding. These days I have been trying to find things that come with management in place, focussing on ownership choices rather than solving management problems. I've been drawn to commercial property for that reason, syndicated or listed. Any suggestions would be most welcome.

We should be questioning what 'money' is, what 'invest' means and whether stocks are any guarantee of anything?

I'd be advocating putting our surplus energy/resources (because that is what we are allocating at the end of the day) into making NZ resilient to global events, and long-term sustainable.

Which it sure as heck ain't, thanks to a generation of thinking that money would always be transmutable.

The bulk of the pension money is with the boomers. They would baulk at any changes to the status quo. It's all geared to towards their short-term interests. The longer term scenario is of little concern to them. Conclusion: The younger generations are rooted and will be required to carry the can if it all goes tits up.

Yep - and it's been coming as student-loans and rent hikes for a long time. If I was young, I'd be pissed.

But the system is tottering, if you have the right kind of eyes. So I suspect they'll both go down together. And then I'd rather have agility and muscles.

Yes, the system is tottering and seems like it could collapse like jenga at any minute, but to be aware of this and hold this view is outside the mainsteam thinking of the finance industries, media, and the general populace.

I agree JC - not many want to risk thinking, instead they are herding to what they believe will provide the greatest prosperity for themselves, in the short term. The reverse would be a utilitarian approach, for the long term - but if you tell people that would require sacrifice, they label you as a gloom merchant (or like). In terms of narratives within NZ society - I've noticed; 'why would I want to take a small loss now for a more stable, longer term, prosperity?'. 'I'd much rather try and screw other people now and maximise my profit now, why would I worry about the future?' 'To be successful is to get ahead of other people' (not realising this is a zero sum game).

I connect with what you say about sacrifice and it seems that many succesful economic developments have had to bite the bullet in a major way (Germany, Japan, Singapore) with a long-term strategic approach. I don't know what NZ's long-term strategy is. Does anyone?. Considering this, it's not wonder that the individual is focused on the short term.

Yes it’s a me, me me strategy.

Ok. Once again you are saying that the sky will in-and you may be right-but how about indicating what you would do to solve/mitigate the coming collapse. Since when have stocks ever been a guarantee of anything? How would you make NZ resilient to global events and long-term sustainable?

"thinking that money would always be transmutable". From what into what?

Not a problem. The sharemarket goes up every day. Its easy.

What happens to in Australia. Are pension funds invested offshore or at home. I suggest the later as the country has multi earning avenues. When I worked as a Financial Planner there five years ago all investments were in the ASX. We dont do it ourselves but the NZX is breaking records every week. Natural disasters can effect any country, China is on its knees at the moment and dragging down economies like ours because we havent diversified. It will be Generating Y which will set the platform for NZ as they will have the biggest investment in KiwiSaver.

New high’s are being achieved on a daily basis because the Federal Reserve Is pumping billions into the stock market everyday. This started on 17th September last year. It’s simply not being reported on so the masses believe that it’s strong economies and business performance that is pushing up share prices.

I guess with 23 Trillion in National Debt you have to get the economy to have positive outcomes. Having said that, if the Coronavirus continues to worsen in China maybe they will call on their loans to be repaid. That would turn the international economy on its head.

Even our youth are investing into the Kiwisaver/Retirement schemes. It's always seemed like a Ponzi scheme to me. Lots of savings money going into investments and driving the pricing up as it has nowhere else to go, and as the older people begin to draw down surely the outbound funds will exceed the inbound funds due to sheer weight of older population. At that point, what would happen to prices?
Interesting thoughts below about investing in infrastructure in NZ, conceptually a great idea. The only problem I have with that is the political projects getting funded (like light rail to the airport in Auckland) rather than sensible programmes utilising the existing transport infrastructure. We might need electricity infrastructure in the future, but while the path isn't settled, the returns wouldn't be reliable. Not great investment strategy

What existing transport infrastructure? Auckland's congestion issues aren't caused by there being 'existing transport infrastructure'. There just isn't any in many places, or it is woefully lacking in capacity to support current/future growth in population levels. Most people's idea of 'sensible' seems to be not actually solving the issues Light Rail is looking to solve but spending the same amount of money to achieve far less.

I'm coining a new term 'residential property investor slave' its otherwise known as 'landlord' I was looking over a friends accounts lately and was shocked at their expenses incurred by their so called retirement income stream. Property investors are nothing more than a revenue river for the finance and property services industry. They are trapped and enslaved and I feel sorry for them. Meanwhile in the mixed asset class not a kicked in door or $12,000.00 tribunal fine to be seen....