KiwiSaver enrolments slowing while holidays on the rise; analysts predict more of the same with impact of Chch earthquake

KiwiSaver enrolments slowing while holidays on the rise; analysts predict more of the same with impact of Chch earthquake 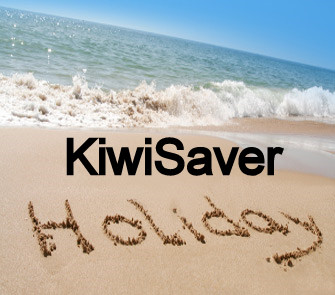 By necessity or choice, KiwiSaver contribution holidays have exploded in popularity with a 46% increase in the rate of retirement saving suspensions in the past 12 months.

According to Inland Revenue figures, the ranks of holidaying KiwiSavers had, by the end of February this year, swelled to 56,000.

Relative to the 1.65 million members enrolled, their numbers remain small (3.4%) however some analysts predict the numbers will grow further with the financial impacts of the Christchurch earthquake starting to hit home.

The danger of going on a contribution holiday was getting away from the discipline of forced savings. For information on holiday contributions see Inland Revenue's KiwiSaver section here.

"If members do take a holiday, they should monitor their financial situations closely for when contributions can be resumed.

"KiwiSaver was designed to be `set and forget' for regular contributors, but that could backfire for members on active contribution holidays if they forget to resume saving for retirement when they can afford it again.''

Overall, KiwiSaver membership continues to expand but at its slowest rate since inception.

Net growth in monthly membership has reduced to 1.25% in the past three months from 1.42% in the previous three months.

Stubbs attributed the decline to a dip in the economy.

"It suggests that stronger KiwiSaver membership may be unlikely while recession grips our economy.''

KiwiSaver statistics as at 28 February 2011

Figures are gross and do not include payments refunded by providers to Inland Revenue.

Figures do not include KiwiSaver contributions held by Inland Revenue.

Not exactly rocket science is it?

"It suggests that stronger KiwiSaver membership may be unlikely while recession grips our economy.''

Sam unfortunatly has a disconnect with real purchasing power dollars and funny money dollars based on nothing. Sam hasn't realised that the funny money citizens save at present will be debased considerably more over time as is the case right now, rendering things like Kiwi Saver a waste of time.

What do you propose to live on when you retire?

That presumes too many presumptions. The nature of 'work', 'retire', 'live', and 'on' all need to be questioned.

The question seems to assume that recent paradigms will continue.

There are several things to ponder::

* folk possibly won't 'retire' because the displaced energy will be taken up by manual labour..(we currently use energy as if we had 300 - 1000 slaves apiece  - depends on your consumptiveness - so you can expect the pressure to come on).

* All investments must diminish in average value, post peak energy supplies (post peak work do-able, in other words) - so a 'basket' approach has a good chance of following the average - downward.

* Some of us don't expect fiat/usury fiscal systems to long outsurvive peak energy.

* In light of the above, getting physically resilient is the best 'live on' answer.

The more self-sufficient (real, not $) the less vulnerable.

For somebody who is so ready to accuse others of presumption, you make quite a few yourself about my motivations for asking a straight question ...

People have differing attitudes and levels of uncertainty as to what the future may bring and what their individual needs will be. Some people, apparently including yourself, are confident that they know exactly what is going to happen, and therefore what assets they will need, in the future. Others are less confident and seek to accumulate assets in a form which they expect to be readily convertible into other assets. Some go with gold, others with cash, others with stocks and shares. Others assume that they will be OK whatever happens, because the Government will never let them starve, or their families will look after them, or the good Lord will provide.

I was interested to understand whether Serephial's cynicism was directed specifically at KiwiSaver (in which case, what's the reason for that) or at saving money in general.

Im a saver, my savings are losing purchasing power and the current interest rates are probably around 18% behind the curve. This means for the average person theres no way to preserve work done = energy expelled providing goods and services which is money saved = real capital.

Invested in gold and silver 8 years ago. Once I had grasped the monatery system = fraud run by banksters and globalist elites.

Individuals in Kiwi saver fail to understand its about purchasing power, and inflationary credit creation.

We didnt know the bankers say well thats funny since its easy to read about in history.

Gold and Silver fulfill the role of energy storage better than fiat paper, thats why banks hate metals! You can not just create metals from thin air it takes energy to get metals.

How can Kiwisaver be a ponzi scheme when  some contributions are invested in Bank deposits or other fixed interest instruments??

Most people are in a default conservative fund which is Cash.

How can this cash be a ponzi scheme???

Individuals in Kiwi saver fail to understand its about purchasing power, and inflationary credit creation.

Those who are not in cash funds are in a balanced or growth fund which means they understand the effects of inflation hence they invest in assets which endevour to grow in real terms higher than rate of inflation.

"it takes energy to get metals" so rather than use the energy for something useful, you waste it digging a rare metal out of the ground.............that makes so much sense.....not.

Savings, times have changed, really pensions are one huge management scam built on a ponzi scheme of a mix of, shares and property....all over-valued.....these are worth what someone will pay when you cash them in the future and not what they are worth on paper today....now those over-valuations are heading for falls....

Gold is over-priced....when you see "everyone" buying it its time to bail out IMHO. If it gets that bad that gold is used then I would suggest lead is more useful.

"This means for the average person theres no way to preserve work done" correct, unless we enter a depression and deflation, then a saver's money goes further every day.....so what savers want really is a depression, as long as they are in cash / deposits and not so called "assets".....

Steven It was the function of gold and silver was to get around the coincedence of wants in a barter society, and facilitate trade. its hard work to get gold silver copper lead some are more abundant than others etc etc...

Gold and silver are first and for most both commodities that fulfill a monetary role a store of manual energy. Im not saying its the best system Im just saying thats what history has recorded.

Gold is one of the best conductors of electricity. Silver also has some interesting properties.

I agree with what your saying  Im just trying to stay ahead of the shite by any means possible.

You are already entering the depression...no amount of printing money will whisk up resources that dont exist for more growth economics and GDP...

The banks are un-willing to pay a real rate of interest right now on REAL CAPITAL ie peoples savings which should be in the realm of 18% plus just to keep even with current inflation.

Are you seriously suggesting interest rate of 18%????

I assume when you talk savings you mean depsoits in registered bank which along with Govt Stock / Treasurt Bonds is the closest thing we have to a risk free investment.

The real rate of return of 7% is simply greed (more if on lower tax rate) and has no basis to any fundamentals, even Wolly  I doubt with agree with you.

So businesses would be paying 20% + on their lending as well as all property owners, whether residential or commercial or rural.

Many  would default so Banks wouldn't be able to make interest payments and in Wolly's words the whole thing would turn to shite..........

If you can not beat inflationary spiral of cheap credit there is no point in saving and you can not keep living on debt + interest we just tried that and hows that worked out?

So you have no problem with the inflationary cost of living ?

Yes, inflation erodes the value of savings but are you seriuos that you believe savings in Bank you should be getting 18%!!!!

18% would more than maintain your purchasing power.

Absolutly it would maintain purchasing power and thats a good thing Ive worked for it paid tax on those earnings ten times over!

It may encourage me to purchase other peoples goods and services freely with out need of more debt. That would perhaps spur others to spend a bit more in there community. But you can not keep taking on more debt no matter the low the interest rate because eventually you end up where we are at right now - frozen with no way out! Or debt saturation thats the problem the banks have now there is no one left to loan to...the banks already own there arse...

No one is questioning  the fact you have worked for the amount of savings  you have.

What we are talking about the rate of return (interest rate) that is a fair return for your savings.

Using your rational about Kiwisaver and the loaf of bread is no different to whatever form of savings you take. Kiwisaver is just a vehicle, it is not the journey or destination.

In fact with the incentives for Kiwisaver I would have thought Kiwisaver was a good idea as people in cash funds within Kiwisaver would be getting your 18% as well.

I agree with the point about debt saturation but your pervious blog was about interest rates on savngs, not debt.

As well I think many pepole have got the message about debt as there are no queues forming outside Banks to get hold of cheap money (Bank approvals are still at historic lows) and many people are using low rates to pay down debt.

We are not alone

Britons are suffering their biggest drop in living standards for 30 years, according to a new report by the Institute for Fiscal Studies (IFS).

You already know the answer - a sufficient number of the British turning their backs on individual responsibility, enterprise and hard work in favour of the seduction of an entitlements culture - the something for nothing myth peddled by snake oil politicians.

You of all people know the cause better than anyone as you are fleeced with ever increasing taxes to pay for the entitlement crowd.

Let us hope that Mr Osborne has taken the bull by the horns and has determined to see Britain turn off this road to oblivion.

We shall see very shortly in the budget.

In the UK, more than half (55pc) of those polled by the Bank of England said they would react to higher inflation expectations by cutting spending and saving more. Here, we look at vastly differing levels of inflation being tackled by other nations.