19 ways to bust a trust and more: Michael Coote looks at the legal showdown brewing in the Family Court. Your view?

19 ways to bust a trust and more: Michael Coote looks at the legal showdown brewing in the Family Court. Your view? 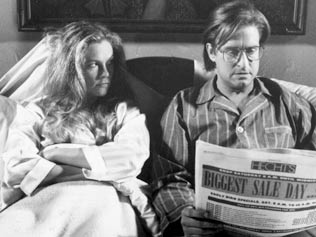 Many people who have set up family trusts in New Zealand would be surprised at the ways in which courts can bust trusts by often novel means.

In March the Auckland District Law Society held a symposium, Cradle to Grave: The Interface Between Property and Family Law, at which barrister Anthony Grant presented a paper entitled “How the courts can successfully attack trusts and some things you can do about it”.

People who have trusts or are thinking of setting them up should probably obtain a copy of Mr Grant’s paper. (See more here.)

The document lists no fewer than 19 ways New Zealand’s courts have been known to bust trusts, including the highly publicised variation currently wending its way through the courts against Hanover Finance figure Mark Hotchin under Section 60H of the Securities Act.

One of the most curious of the trust busting methods is called the “bundle of rights” doctrine that the Family Court has been developing concerning the various interests that parties to a trust may have.

In one case, Walker v. Walker (2007), Judge Chambers found that a “party’s … interest in [a] Trust – whether … as settlor, trustee, appointor or beneficiary … may be relationship property.”

In another case, Harrison v. Harrison(2009), Judge Robertson found there existed a “bundle of rights” that the Harrisons had in their family trust that included being discretionary beneficiaries and joint holders of the power to appoint trustees.

Yet another case cited is that of Robertson v. Robertson (2009) in which trust property was converted into relationship property under a decision made by Judge Burns.

In this case, using words of parallel effect to the bundle of rights, the judge found there were seven “property interests” in a family trust and made an Occupation Order in the wife’s favour.

Mr Grant observes that, “At this time, the [bundle of rights] doctrine has not been subjected to any rigorous analysis and the extent to which it will survive as good law remains to be seen.”

But clearly, as is evident in the three cases referred to, this tenuous position in law has not prevented the Family Court from viewing trusts as having detachable and reassignable relationship property rights.

In Grant v. Grant (2010) the Family Court applied the doctrine, but that has been appealed to the High Court and Judge Woolford has reserved his decision.

Will the gavel fall on trusts?

“When it is delivered,” Mr Grant observes dryly, “it may be one of the more interesting decisions in this area of the law in 2011.”

Indeed, supposing the bundle of rights doctrine does survive in law, it seems tailor-made for using the Property (Relationships) Act to attack trusts in the Family Court.

(To read more on the Law Commission's review of family trust read this previous column by Michael Coote.)

Section 44 of the Act concerns situations where a person may have disposed of property (for example, to a trust) to defeat the claim or rights of another person, and if a court finds this to be so it can make an order under Subsection (2).

Subsection (2) is draconian, as it permits the court to make orders that a person who has received property “otherwise than in good faith and for valuable consideration” must transfer it at the direction of the court to some other person, and pay to the court or any person the court directs the monetary difference between the consideration and the value of the property.

Mr Grant argues that if the word “property” in Subsection (2) is interpreted in accordance with the Walker and Harrison cases, then the bundle of rights doctrine could be extended to attack a trust settled by an ex-spouse or ex-partner, although probably not to a trust settled by a third party.

Evidently not a fan of the doctrine, Mr Grant writes, “Conjecture of this nature shows the extremity of the Walker and Harrison decisions.”

“The notion that Trust powers are like bits of confetti that can be scattered over spouses when they separate,” he continues, “belittles the law of Trusts and undermines the fundamental notions of accountability and responsibility which the law requires of trustees.”

The Property (Relationships) Act is set on a collision course with trust law, if Mr Grant is correct, via contentious Family Court decisions made in favour of disgruntled litigants.

Doesn't that suggest it was his home?

Yes the Lawyers are creaming it, sadly, and that's another reason why Trust law needs a radical overhaul.

But apart from that, your sister should not expect to get anything back she did not directly contribute too, Trust or no Trust. There is such a thing as separate property, and rightly so. Did your brother in law own the house before the relationship with your sister started? Then why should he have to give half of it to her?  That is one instance where I think Trusts are a good thing.  If he put the house into a trust after the relationship started then that's a different matter entirely as he will no doubt find out to his cost.

But a 50:50 spilt (as is generally required under the law) is in my view unfair when one party has stumped up all the assets at the beginning of the relationship and the other party did not and the relationship ends after a few short years.

I guess few things are black and white.....and you give no details.

For instance if the hubby had made all his money before he married your sister and had setup the trust to guarantee his children from a previous marriage got it all.....then I dont see why she's entitled to half.....a % maybe, but not 50%.

If on the other hand she was married to him for decades and helped him build his money from nothing then clearly she should get half and the trust should be defeated.

One of the worst aspects of this problem with Family Trusts is the fact that the squabbles over money/assets are heard in the Family Court - taking precious time and expense away from addressing the on-going contact and day-to-day care needs of children of separated parents.

Do these words from the clerk at the Family Court, ring true ? " Here's the forms. But it will take 5 years and $20,000 dollars to get to the last hearing, and by then you'll find there is 'nothing ' left" And how right he was!

Don't know about the "how right he was" comment.  I do find it interesting that you imply all partners who shelter their assets in trusts are male, though.  :-)

But your point about the timeframes is the same as mine - I just wonder whether these matters are best dealt with in the District Court in the first instance.

It is worse when the time frames to get hearings involves children.

In the end it is the children the get deprived.

NZ is not a good country to raise children in anymore. Not only have children become a source of income, but are used as a punitive measure.

It is not all one way traffic but extremely unbalanced in favour of females.

Bring on hands on equal parenting.

Kate, I was referring to the sympathetic Family Court clerk who gave me the forms. :)

Oh, get it now - sorry about the misinterpretation!

You're assuming that all such cases before the Family Court involve dependent children, Kate. A bold call in my view.

I don't much like Trusts as they currently stand. The law seems overly onerous, complicated, dense and out of date. When the Courts are now making what is in effect 'new law' around them then it time for a thorough overall of Trust law by Parliament

One of the things I would like to see is more leeway given to obtaining orders and or busting Trusts in court when a person has disposed of their property to a Trust and it has the effect of defeating the claim or rights of another person.

This provision already applies under the Property (Relationships) Act but I would like to see it opened right up so that when a debtor for example disposes of his/her assets into a Trust and it has the effect of defeating claims by creditors then orders can be obtained to extract that money back from the Trust.

Or for example when one party has a legal obligation to another (it may be by Statute, contract, or for some other reason) and they then defeat that by placing property into a trust, then that can also be busted.

Largely my concern is that Trusts have become so complex that most people who set them up will not understand exactly what they are getting themselves in for, or the implications for the future of the assets in the Trust, and what future Trustees might do, and there needs to be more flexibility to ensure that the spirit and intent of the settlor is followed over the years, so long as that intent is compatible with current law and the Trust is not being used in an attempt to defeat the law.

I also find it quite strange that a Memorandum of Wishes signed by the Settlor can be ignored by the Trustees if they see fit to do so.  That doesn’t seem quite right to me.

The whole thing’s a mess. Time for a full review and overhaul.

I find it amusing that married couples are happy to hide behind the protection of a trust when it suits...such as when the creditors come knocking, or when they are trying to cream assistance from the State.  But as soon as the marriage falls apart,,,,,all of sudden theyre arguing they are  Relationship assets and should have them (or a share of them) back againll!!!

What a load of bollocks.  The legal sytem needs to make up its mind once and for all.......they are either trust assets or they're not trust assets.....they can't be trust assest for one thing (eg creditor protection) and not for another......