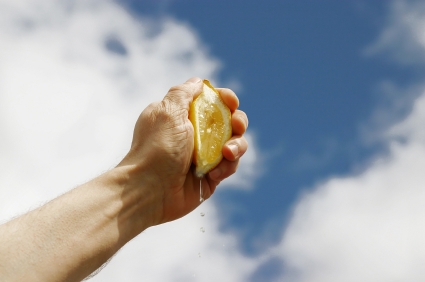 Workplace Savings are accusing the Government of delivering a damaging blow to KiwiSaver through plans to start taxing employer contributions on top of halving member tax credits.

Cuts to member tax credits are scheduled to take effect from June 30, 2012 reducing the Government's matching credits from $1 to 50c up to a maximum of $521. Come April 2013, KiwiSavers and their employers will be compelled to make up for the shortfall with minimum contributions rising from 2% to 3%.

While the industry had widely prepared itself for cuts to the Member Tax Credit, it was taken off guard with plans to scrap the tax exemption on employers contributions.

Workplace Savings executive director Bruce Kerr said on Wednesday it would be "difficult to see how KiwiSavers would continue to be tempted by the Government to save for a product for their retirement'' when the sweeteners to do so were becoming increasingly diluted.

Kerr said the Government, by taxing employer contributions, was significantly reducing the attractiveness of the scheme weighed up against other workplace superannuation offerings.

"We definitely support KiwiSaver in and of itself and I don't think cutting the member tax credit to 50 cents on the dollar is a bad thing. It's good Government is committed to co-savings with New Zealanders but one of the main sweeteners has been the tax free employer contribution which could be seen as being the offset to having money locked away to age 65 and KiwiSaver being in an illiquid investment.''

A now more pronounced advantage of other workplace superannuation schemes over KiwSaver would be the "leaving service benefit" which allows employees to be paid out a portion of their savings upon ending employment with a particular company. In addition to that, some schemes come with built in life insurance policies.

"They've retained the member tax credit at a level that is meaningful but on the other side of it, you have this extra tax take on employer contributions which just means that KiwiSaver is not as attractive as it used to be. The Government is saying 'you're going to have to do more of it yourself.'

"Whether KiwiSaver remains a preferred savings option or people are going to start looking at other savings channels that are more flexible remains to be seen. But we're hoping that people will continue their savings journey regardless even though there isn't the same level of tangible encouragement."

The savings industry itself will have to "suck it up and cope with it and come up with other members to convince people to keep saving,'' said Ireland.

Providers were more upbeat about the Government's plan for KiwiSaver.

ANZ Wealth managing director John Body said the bank (which offers four separately branded schemes in KiwiSaver) said the bank was "pleased with the details of the budget" on the grounds that it confirmed earlier signals for "modest changes.''

"We don't think that people should be put off joining or discouraged from continuing to contribute to the scheme,'' said Body, adding that he believed KiwiSaver was still the best vehicle for saving toward retirement.

"These changes do not derail the fundamental benefits and design of the scheme...This is a one-off budget with a focus on returning to surplus and economic growth. As the economy grows and wages rise then contributions to KiwiSaver will be easier for individuals and employers to manage."

Body said reducing the overall level of the Members’ Tax Credit was the most sensible way to reduce government liabilities while maintaining the fundamental design of the scheme.

Default provider AMP had a similar view and was sympathetic to the Government's need to reduce spending.

"We understand the Government's overall financial position, and the need to make some trade-offs in the Budget and we are encouraged that although the balance between Government, member and employer contributions will change the overall level of savings in KiwiSaver will be generally maintained,'' said AMP Corporate Superannuation Manager David Wallace.

"We have always favoured raising minimum contributions in small incremental steps to bring us into line with other OECD countries’ savings schemes," he added.

Budget 2011 cuts to KiwiSaver are projected to save NZ$2.6 billion over four years. Since KiwiSaver was introduced in 2007, Government has made contributions of NZ$3.3 billion.

Sam Stubbs, CEO of default provider Tower Investments, said he would have liked to have seen employer and employee contributions raised further to help bring New Zealand in line with savings levels in Australia. Stubbs said New Zealanders were still only saving two-thirds of what employees across the Tasman were banking.

"I think it's a necessary long-term thing,'' he said of the Government's decision to cut the member tax credit.

"It's never easy to ask people to take more money out of their pocket but it's been well signaled and employees are getting two years to prepare for it and to go into wage negotiations.''

So how much worse off will KiwiSavers be once the member tax credits are halved?

On an average salary of NZ$50,000, the Government taxing the employer contribution would effectively mean you'll end up paying an additional NZ$320 a year in taxes, reducing your annual investable earnings by the same amount.

ANZ Wealth managing director John Body   yep hey doofus why not just pay us a 5% above the bogus inflation numbers can the tax on savings and forget all the fancy schemes. Oh thats right no fees...

The government is cutting its tax credit. EErrrr hang on the government dosnt actually make any money except from the citizen buy way of tax, bit of a disconnect here in the reality of how things are meant to work...

Prisoners we are, at the mercy of big brother.

So as a kiwisaverer, now that they've changed it, haven't they broken the contract? i can get out of it now right?

They've only changed the terms as regards your future contributions, and you certainly can get out of those if you don't want to take any more money from the taxpayer.   Take a contributions holiday and find some other way to save for your retirement that doesn't involve expecting to be paid free money at everybody else's expense.

The terms as regards contributions you've already made haven't changed.  You contributed, and the Government contributed, on the basis that you could access the money when you're 65.

From the Herald... "information supplied to the Green Party from official sources shows that at annual income levels above $60,000, the amount of tax that will be paid on minimum employer contributions each year - but which would have gone into savers' accounts if the exemption wasn't axed - exceeds annual government contributions.

At $60,000 - excluding administration costs - the Government is collecting $18.57 more than it pays out each year.

"National pretends they're cutting taxes but behind the scenes in a roundabout way you end up paying more."

The other "switcheroo" from our beloved Key and English (with help from His Imperial Majesty Gerry 1 of Fendalton) recently was requiring Genesis to borrow $500+ million more than the Tekapo power stations were worth so that this money could be given to the Government by Meridian as a special dividend, thereby making the books look better.

Who cares that we have to repay this loan (which is no doubt at higher rates than the Government could borrow at) in higher electric prices?

Is this supposed to be a criticism?  It's a very strange one coming from the Greens.  Is their contention that everybody, no matter how high their income, should get more money from the Government than they pay to it in taxes?

There are three concerns about this move by the treacherous Key and English:

1.  It is a broken promise, a continuation of the lying to get in power and to stay in power.  Even more serious is that it is a breach of contract for which we appear to have no recourse.

2.  It is a sneaky additional income tax on saving which is precisely the opposite of what is needed to address the large private household debt and removes options for addressing futuresuperannuation issues.

3.  This is the second time in three years that Kiwisaver has been altered.  Where is the certainty for people to put money into this scheme for their working life.  And that is where I wonder where the AMP and ANZ and Tower inivestment managers quoted above keep their brains.  Surely it is in their long term fee earning interest to seek a stable scheme, not one that gets "fine-tuned" every couple of years.  But that doesn't appear to have been considered at all.

FYI from a reader via email:

To give it's correct title, it's ESCT (employer superannuation contribution tax).  Employers with existing super schemes are familiar with it.

No-one likes the hassle that change brings, but paying ESCT isn't a big deal, particularly if you only have a few staff.   Yes, you're going to have to deduct ESCT and send it to the IRD, but it's no more strenuous than PAYE tax.  The IRD's website is really good.   The info is all there.   You just need to read it.  Allow an hour - two hours tops - and I think you'll be sorted.   Sounds like some accountants should bone up on it too!