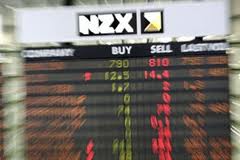 Boosted by KiwiSaver, money invested in the sharemarket that's managed by New Zealand fund managers is at its highest level in at least 14 years, according to Goldman Sachs.

"We continued to witness strong managed funds inflow from KiwiSaver, total funds under management of NZ$9.4 billion as at 30 June 2011, up 63% from NZ$5.8 billion in the previous corresponding period," say Doyle and Cheong.

They also say the amount of KiwiSaver money invested in NZ equities rose "an impressive" 59% to NZ$900 million from NZ$569 million.

"We suspect that as KiwiSaver continues to build momentum, there will be further substitution of direct holdings to managed funds."

And see this Double Shot interview where Bernard Doyle discusses whether the NZX is in God's waiting room.

And it's only the fund managers (and their serfs) that are calling for the NZX to have a larger share of GDP (how it has any bearing is beyond me).

If the unlisted sector is performing isn't that just as good for "the economy"?  Who really makes the money from having a larger capital market?  Aside from a new share offer what benefit is provided by the buying and selling of shares to each other - it's effectively a neutral transaction.

The sharemarket acts as a conduit for capital flows , allowing companies to raise money through bond issuances , or through floating a proportion of the business as ordinary shares .

....... the company gets the cash that it requires for expansion , and individuals get the oppotunity to share in the success ( or otherwise ) of the business .

... as a former Christchurch Press employee , it irked me no end that our proud newspaper had been taken 100 % by Independent News , and later flogged off to Fairfax .... all the profits going offshore , instead of dividends being available to local investors , as it was previously

A strong NZX would be indicative of a healthy NZ economy .