Study finds only 50% of New Zealanders are confident they are saving enough for retirement; women, oldies most worried.

Investing
Study finds only 50% of New Zealanders are confident they are saving enough for retirement; women, oldies most worried. 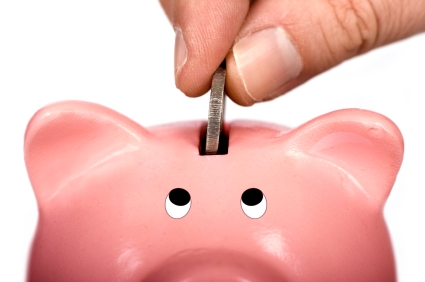 Half of New Zealanders worry they are not saving enough to fund the standard of living they want in retirement, according to a survey released today by KiwiSaver provider ANZ Wealth.

The survey, part of ANZ's new quarterly Retirement Savings Confidence Barometer, also found that women and Kiwis closest to retirement are among those most insecure about their financial well-being in old age.

ANZ Wealth's managing director, John Body, said the findings underscored most prominently the gap between the lifestyle Kiwis desire in old age and what they are putting aside in savings to achieve it. Survey respondents were presented with the lump sum they would need to save by age 65 to generate additional income above NZ Superannuation (NZS) and asked how confident they were of reaching their goal.

"Our researchers found that most New Zealanders have an idea of the sort of lifestyle they would like when they retire but when people were shown the lump sum needed to maintain that lifestyle over a 20- year retirement, 50 per cent of those who are saving didn’t feel confident they would reach the required target, based on their current level of savings," said Body.

"These are sobering amounts of money for most people,'' said Body, in a prepared statement.

The survey, to be released in full in July, also found that men and younger New Zealanders were most confident about reaching savings goals while women and those closest to retirement were most insecure. Survey respondents were presented with the lump sum they would need to save by age 65 to generate additional income above NZS and asked how confident they were of reaching their goal.

Body credited the advent of KiwiSaver for boosting the confidence levels among younger New Zealanders with respect to their future savings levels. He said he was also encouraged by a higher than expected level of savers. Of the 1,000 Kiwis surveyed,  62 per cent of those aged under 65 indicated they had some form of retirement savings.

“This has been helped enormously by KiwiSaver,” said Mr Body.

“It has introduced the savings habit to a whole generation of New Zealanders, has focused people on the need to save for their retirement and will, over time, increase the confidence that people can reach their savings goals.”

*The lump sum figures used by ANZ Wealth in their projections were inflation adjusted at a rate of 2.5% and assumed an after tax and after inflation return of 3% per year.

"Half New Zealanders worry they are not saving enough ..."

I wonder if they are stress free about it.

There is a very useful tool called FIREcalc which calculates the likelihood of your withdrawal rate succeeding in any 20 year period starting from 1871 - this covers all sorts of booms and crises.

Putting the figures in from the article shows that in 35 out of 121 20-year periods, you would run out of money. I.e. historically 28.9% of the time, this amount of savings would fail to provide you that level of income in a 20-year period.

The amount needed to produce that income at a 100% success rate would be $118,000 to the nearest thousand. This equates to a 4.4% withdrawal rate.

NB - most planning for 20 year periods assume a 5% withdrawal rate which has a 92.6% success rate.

i think not,another survey done by a party who would benifit from people saving more.

Save as much 'fiat money'  as you like, inflation and credit bubbles will erode it all!

Agreed. But to 'save' enough everyone has to collectively made sure that the goods/services required in retirement, will be available in the first place.

Nobody sees past the electronic numbers in their 'bank account'.

You ignore deflation at your peril IMHO, in which case while you are dropping cash is king.....on the bottom then yes cash is bad.....then assets become worthwhile.

I'm sorry, but it doesn't matter how fantastic those things are at increasing your wealth, the truth is if everyone does it, they will not. First off, very few people are earning so much that they can possibly save the required amount to provide this magical 40k a year.As stated women will be disadvantaged by fulfilling their reproductive duties (which they are if the human race is to continue)Then of course there's the fact, that given inflation 40k is going to worth squat by the time those who have been able to save the longest retire.There is only one humane answer and that is that a govt pension scheme must remain, perhaps means and asset tested, but otherwise universal, perhaps with the age of eligibility raised although with the privations of these times I can actually foresee a great number of todays young people not making it to the age of entitlement.