Simon Swallow says that while the turmoil from changing UK rules for QROPS has died down, new NZ rules will unsettle UK pension transfers again and in a significant way

Investing
Simon Swallow says that while the turmoil from changing UK rules for QROPS has died down, new NZ rules will unsettle UK pension transfers again and in a significant way 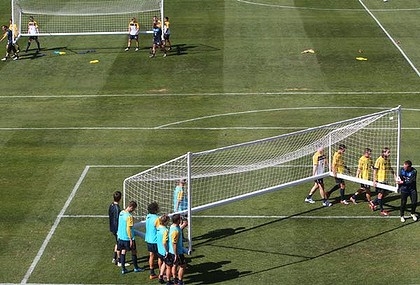 Since the turmoil of UK regulations that eliminated all KiwiSavers and Australian schemes as qualifying recognised overseas pension schemes (QROPS) - therefore not allowing UK pensions to be transferred to them since April 2015 - it has been quiet on the legislative front.

However, new New Zealand rules coming later in the year could throw the cat among the pigeons again.

And while not as seemingly draconian as the recent UK changes they could have longer term consequences for people who have transferred to New Zealand schemes in the past or are considering transferring their UK pensions.

The ability to access 30% of the funds at 55 is about to be significantly reduced.

Many people have relied on the ability to withdraw this 30% at 55 to pay any tax liability that has accrued when they transferred their pension from the UK to New Zealand or simply to take the lumpsum to reinvest or use for other purposes.

However, on 1 December 2016 new legislation will come into effect that will restrict the amount of funds that can be withdrawn from a New Zealand superannuation scheme for members age 55 years old to only 10% of the fund balance.

These rules are being introduced under the Financial Markets Conduct Act (FMCA) and schemes cannot opt out of the rules.

This is part of the Government attempting to better align the accessible age for personal superannuation schemes with KiwiSaver Schemes which is age 65. The new rules allow NZ schemes to either:

- complusorily shift all their existing members over to the new rules, or;

- section off all existing members and have members joining after 1 December 2016 to be on the new rules.

People who have transferred their pensions in the past, or are considering a pension transfer immediately need to understand how their New Zealand scheme intends to deal with these complusory legislative changes. After 1 December 2016 you will not be able to join a new scheme and still have the ability to withdraw 30% (or more) at age 55.

Now is a perfect time to do a comprehensive review of either your existing QROPS scheme in New Zealand or investigate whether to transfer your UK pension to New Zealand now or later.

Any review should also consider the the possibility that the UK government will move QROPS rules into alignment with the new flexible access arrangements in the UK. Such a move would allow people in some existing QROPS in New Zealand to access 100% of their funds at age 55 years old.

In order to understand whether an existing New Zealand QROPS would offer accessibility to 100% of the funds at age 55 a deep understanding of each schemes trust deed is required.

Further to this and importantly the issue of tax on transfer could become even more acute where only 10% of the funds are available at age 55 to pay a tax bill.

There have been no updates from the IRD in terms of how tax can be paid that’s owing from a pension transfer where a tax liability has been accrued. In a number of circumstances the IRD has worked with an individuals tax agent to structure a deal for the individual but no blanket approach has been approved by the IRD.

With legislation constantly changing around both New Zealand and UK pensions it’s crucial to stay up to date on changes and how they impact on your pension and not simply leave it in the UK or transfer to New Zealand without the right advice.

Why would tax be due on transfer and to whoom, uk or nz govt?

Under current pension transfer rules tax is due to the NZ government for any transfers that occur outside of a four year exemption. Broadly speaking the exemption starts when you arrive in New Zealand after having accrued the pension.