Vanguard's Dan Newhall makes the case that with the right criteria, investors in actively managed funds can achieve higher returns than market benchmarks

Vanguard's Dan Newhall makes the case that with the right criteria, investors in actively managed funds can achieve higher returns than market benchmarks
18th Feb 17, 9:30am
by Guest 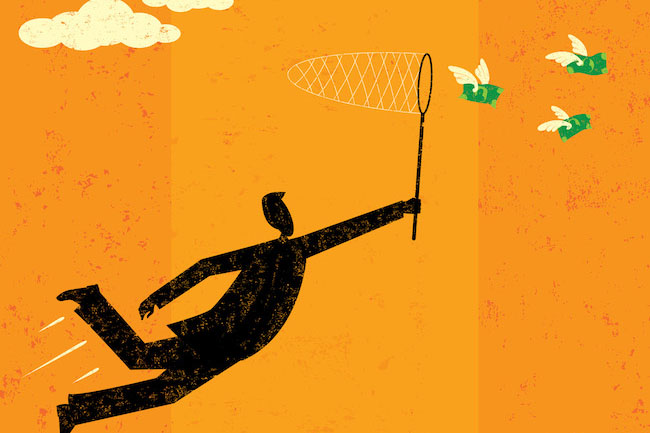 The idea of beating the market is alluring, but choosing the right active fund can feel like a coin toss. In fact, the zero sum theory would suggest the probabilities are very similar. Every year, 50% of the dollars invested in the market outperform, and the other 50% underperforms.

Still, picking funds that outperform ahead of time and over the long run, isn't easy. That's because the chances of beating the market get cut by the cost of investing. Once expenses such as investment manager fees and trading costs are taken out, the odds of doing better tilt out of investors' favor; and holding onto excess gains gets harder over time.

Despite the challenge, Vanguard's long track record shows that it can be done. Dan Newhall, head of Oversight and Manager Selection, whose team is in charge of assessing Vanguard's active managers, cites three key factors that are crucial to long-term active manager success:

Factor # 1: Focus on people rather than performance

If good performance is what you're looking for, where do you start? Not by filtering through historical performance, according to Newhall.

"We don't spend time picking managers based on performance. We think if you have really high-quality drivers of a world-class firm, great people—I'm talking brilliant people—and disciplined processes that are followed faithfully, then you can ignore the noise. And you can certainly ignore one-year performance," he said.

Like location is to real estate, people are to active management—and it's not only about a star portfolio manager, as headlines may suggest. The entire engine that drives long-term performance matters when your destination is outperformance. It includes talented analysts, a sound investment philosophy, and robust procedures and risk management to help sustain performance.

There are no shortcuts to identifying top talent. For every fund manager Vanguard hires, Newhall's team conducts a rigorous, thorough, and long-term evaluation to distinguish whether performance was due to skill or simple luck. It doesn't stop there, once a manager is hired, a dedicated team maintains rigorous oversight to protect the interests of Vanguard's fund investors.

"The best managers have a clearly defined approach that gives them an edge versus the majority of other investors. We look for a track record of competitive results compared with benchmarks and peers, one that has been demonstrated in various investing environments, not just in either up markets or down markets," he said.

Most investors are willing to pay for top performing funds, and most people assume the best managers command higher fees. But herein lies the paradox: paying a premium doesn't guarantee better performance, and Vanguard's research suggests the reverse could be true.

Our analysis shows that the least expensive active funds have outperformed their benchmarks most consistently across the various time periods, as shown in the chart above.

It's not enough to identify low-cost active funds that boast characteristics consistent with long-term outperformance. The third element is you.

"We, as investors, have to be patient with active management. No manager is going to give you outperformance every day or every week or every month. The key to capitalizing on that long-term outperformance is to stick with them through rough patches when the manager underperforms relative to the market," emphasized Newhall.

Many investors divest from a fund after three consecutive years of bad returns. But patience is necessary to collect on the performance successful funds. Of the 2,202 active equity funds in existence at the start of 2001, 476 outperformed. But 98% of those 468 outperforming funds, underperformed in at least 4 out of the 15 years ended December 31, 2015.5

Even the most successful funds can experience frequent or extended periods of underperformance. If you can't hold tight when times are bad, you won't reap active's potential rewards when times are good. Sometimes you won't, of course, but that's the risk you take with active.

Talent, cost, and patience are our active pillars

Between 1985 and 2014, Vanguard active funds, on an asset-weighted basis, have delivered about 0.45% in outperformance, net of fees.1 That may seem insignificant, but a small return advantage compounded over 30 years, can amount to a meaningfully higher-ending portfolio value. In this instance, an initial $10,000 investment invested across Vanguard's active funds, on an asset-weighted basis, would have grown to more than $287,000 at the end of 2014. That's more than 60% above their stated benchmark return of about $175,500.

The power of compounding a small return advantage

The performance data shown represent past performance, which is not a guarantee of future results. Investment returns and principal value will fluctuate, so investors' shares, when sold, may be worth more or less than their original cost. Current performance may be lower or higher than the performance data cited. For performance data current to the most recent month-end, visit our website at www.vanguard.com/performance. The performance of an index is not an exact representation of any particular investment, as you cannot invest directly in an index.

Notes: Between 1985 and 2014, Vanguard active funds, on an asset-weighted basis, delivered about 0.45% in outperformance, net of fees, based on Vanguard's research detailed in Keys to improving the odds of active management success. This illustration depicts a hypothetical portfolio with a starting value of $10,000 that grows by 0.45% above the annual benchmark returns over the 30-year period. The portfolio balances shown are hypothetical. The final account balances do not reflect any taxes or penalties that might be due upon distribution.

We believe it takes three things working together—talent, cost, and patience—to achieve active management success. Understanding the keys to active success can help you choose well, remain patient during the inevitable downturns of even the best managers, and help you tilt the probability of long-term active success in your favor.

2. Data are as of December 31, 2015. Because of expenses, most index funds also underperform their benchmarks. Our analysis was based on expenses and fund returns for active equity funds available to U.S. investors at the start of each period. The oldest and lowest-cost share class was used to represent a fund when multiple share classes existed. Each fund's performance was compared with that of its prospectus benchmark. Funds that were merged or liquidated were considered underperformers for the purposes of this analysis. The following fund categories were included: small-cap value, small-cap growth, small-cap blend, mid-cap value, mid-cap growth, mid-cap blend, large-cap value, large-cap growth, and large-cap blend. Sources: Vanguard calculations, based on data from Morningstar, Inc.

4. Source: The average Vanguard fund expense ratio calculation is an equal-weighted average of all share classes. The average index fund and active fund expense ratio calculations are equal-weighted averages of all share classes of non-Vanguard index funds and active funds domiciled in the United States. (Vanguard calculations, based on data from Morningstar, Inc., data as of January 2016)

5. Data are as of December 31, 2015. Our analysis was based on expenses and fund returns for active equity funds available to U.S. investors at the start of the period. The oldest and lowest-cost share class was used to represent a fund when multiple share classes existed. Each fund's performance was compared with that of its prospectus benchmark. Funds that were merged or liquidated were considered underperformers for the purpose of this analysis. The following fund categories were included: small-cap value, small-cap growth, small-cap blend, mid-cap value, mid-cap growth, mid-cap blend, large-cap value, large-cap growth, and large-cap blend. Sources: Vanguard calculations, based on data from Morningstar, Inc.

Dan Newhall is a principal in the Vanguard Portfolio Review Department. This article was first posted on the Vanguard website. Treat the self-promotion aspects with caution. But the underlying message is interesting.

My preference is to invest directly in the Stockmarket. By using an Internet broker,my costs are kept low and I incur no annual charges. However,as NZ is a very small market,I do use a few long-established investment trusts for overseas exposure-such as City of London. This IT has low annual charges and an excellent dividend record,having managed to increase the dividend for ,I think,50 consecutive years. It's capital record is average,but I'm ok with that.

I find this confusing - there has been a big push for index linked funds (incl Vanguard) recently (M Holm, Simplicity etc) - also we re told that low fees are the main (controllable) determinant of return over time. The Vanguard stats above seem only to confirm that low fees are key. Fee info is also the only real accessible info we punters have to go on - after all "prior performance is no determinant" etc and how do we assess whether the fund employs the best people for instance. What this article doesn't do is explain why I should go Vanguard active vs Vanguard passive if both have low fees (and this principle would translate to non Vanguard comparisons). Is it that the Vanguard active has beaten its passive funds (which track the index) by 45% over the period? Really is all this is saying is, whether one chooses passive or active, just go for the cheapest? If so surely passive is less risky as not exposed to the 65% chance of the active manager not beating the index?

Wow 0.27% fees for active funds. Thats about 5 times less than you pay for passive in NZ.