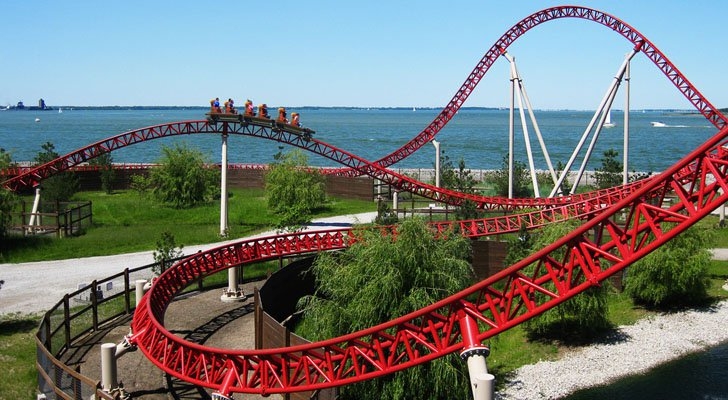 By Stuart Williams and Fergus McDonald*

While New Zealand markets have had a rather interesting and more volatile time, the main drivers of the economy remain sound.

Interest rates are still historically low, with a 1.75% official cash rate that’s been unchanged since November 2016. Now too, with a number of other indicators coming off the boil, we believe rates will remain low for longer, particularly as rate rises in the US look to be flattening out.

One of the most important indicators for us is unemployment, which fell below 4% in Q3 (Chart 1), and is close to the maximum sustainable level. This is one of the signals that would be of concern to us if it started tracking upwards. That said, it’s one reason why our central bank is in an okay position, with a little bit of firepower if things started to go astray.

Trading partner GDP growth is around 4% and compares with the 2.7% New Zealand saw in the year to June 2018. That’s actually a reversal of what we saw for much of the previous decade, where the NZ economy outperformed many others.

Growth is expected to pick up over 2019 and 2020, into the 2.75% to 3.25% range, as the economy is supported by increased government spending and monetary policy settings that are likely to remain on the easier side of what is normal.

The Reserve Bank (RBNZ) is required to conduct monetary policy in such a way that it contributes to supporting maximum sustainable employment within the economy. In our view, this employment objective will reduce the magnitude and speed of the next monetary policy tightening cycle, as raising interest rates will likely have the impact of slowing the economy and reducing employment.

Correspondingly, wage inflation is a pretty big signal we’re seeing (Chart 2), and certainly something a number of NZ companies are experiencing across the board. Air New Zealand managed to avoid a pre-Christmas strike by its engineers, but across the country the number of strike days experienced and/or threatened in the last year was the same as that seen in the last 15 – 20 years combined.

The RBNZ looks at underlying inflation when setting monetary policy. Underlying inflation remains under 2% but has been rising. With wages rising and, until recently, fuel prices too, the RBNZ is concerned that inflation could rise excessively if businesses rapidly pass on these costs.

House price inflation is going to be another interesting signal and driver over the coming year. We know our peers in Australia are worried prices there are falling and that’s leading to some concern here. But it is admittedly what both central banks were trying to engineer a year ago, so it seems they have been effective, at least. On top of that is the Government’s ban on foreign house buyers brought in this year, and in early 2019 we’ll see the data showing the real effect that has had.

New Zealand and the US have been implementing different monetary policies over the past few years, with the US Federal Reserve increasing rates and the RBNZ remaining on hold for a prolonged period. This is one of the reasons the NZD has been weak over the past 18 months. There are signs the Fed may be closer to the end of their tightening cycle previously than thought. If this is the case, we can expect to see the NZD being stable to higher against most other currencies.

New Zealand equities have had another good year, with the S&P/NZX50 returning +4.56% YTD. That’s around its long run historic return, and not as solid as the last five years, but still a strong performance thanks in part to the low interest rates referenced above.

Firms’ earnings growth has been impressive too, and compound annual growth for the market is forecast to be around 5% over the next three years. (Chart 3)

Forward PE for firms on the S&P/NZX 50 still looks a bit expensive against bigger offshore markets, and has done for some time.

The differential isn’t as extreme if we adjust the other markets, so they have the same sector weights as New Zealand (which has a lot of highly-priced utilities, for example) and through that NZ lens we see the S&P/NZX 50 is more on par with the S&P/ASX 200. (Chart 4)

Looking to the year ahead, we would revert to the medium-term average expected return of ~8.5% p.a. The question on our minds, particularly after our experience during 2018, is how we get to that average over 2019. It’s quite likely that we will experience a volatile journey as many contributing factors from the second half of 2018 are likely to remain for at least the start of 2019 (e.g. trade wars, Brexit, generally positive global growth, central bank machinations).

But it is worth remembering the many reasons to be positive about New Zealand, many of which we outlined above (supportive interest rates, low unemployment) as well as other factors like a supportive cash yield (~4.1% weighted average), a good listed company environment, a centre-left government now acting in a more ‘commercial manner’, good earnings in aggregate, and a modestly positive housing market.

In the year ahead we would expect the volatility to continue to provide excellent opportunities for active managers.

The RBNZ’s November Monetary Policy Statement (MPS) left the OCR unchanged and reiterated an expectation to remain on hold into 2020. The tone of the MPS was more upbeat than the prior month’s release with specific reference to bidirectional movement risk. Gone was the line “our next OCR move could be up or down”, replaced with a more sanguine comment around “upside and downside risks” and reference to a data dependent approach. While risk remains to both directions, a downward movement looks less likely and would probably require material weakness in hard economic data such GDP or employment.

On the data side we continue to see inflation slightly below the mid-point of the RBNZ’s 1-3% policy target agreement (PTA). Inflation has not gained traction despite a number of supportive factors including: (a) the lowest unemployment since 2008, (b) continued inflation plus wage awards in the public sector and increases in the minimum wage, (c) supportive fiscal policy; and (d) elevated fuel prices. It’s notable the PTA now includes twin targets of price stability and employment outcomes – a key component in this year’s appointment of Adrian Orr as the new Governor likely included him buying into this strategy. This twin mandate is supportive of allowing inflation to move within the band to give growth a chance and allow full employment to continue.

The direction of longer-term interest rates will continue to be driven more by offshore rather than local events. Over 2018, NZ Government Bond interest rates have traded well below similar maturities of US Treasury Bonds – quite an unusual event. However, we believe it will continue until such time when US monetary policy is easing, and NZ monetary policy is tightening, probably sometime in 2020. We see the peak in the interest rate cycle for 10 year NZ Government bond rates to be 3.25% however we are unlikely to see these levels over the year to 31 March 2020.

We expect New Zealand credit spreads to be stable over the year ahead. We anticipate continued strong support for high credit quality bonds with maturities out to three years from a wide range of investors, especially the domestic bank balance sheets who will continue to buy these types of assets, as there are large volumes of maturities occurring over 2019 and into 2020.

Stuart Williams is Head of Equities and Fergus McDonald is Head of Bonds & Currency at Nikko Asset Management in New Zealand. This article is here with permission.

“Excellent opportunities for active fund managers”. As Warren Buffet observed, overtrading is major reason why most investors underperform the market and the same may well be true of fund managers. I look after my own portfolio,but if I did not,I would have it in passive funds,with very low charges.