Infometrics makes the map that shows how the rest of the nation's urban areas compare with Auckland, where one in three New Zealanders live

Infometrics makes the map that shows how the rest of the nation's urban areas compare with Auckland, where one in three New Zealanders live 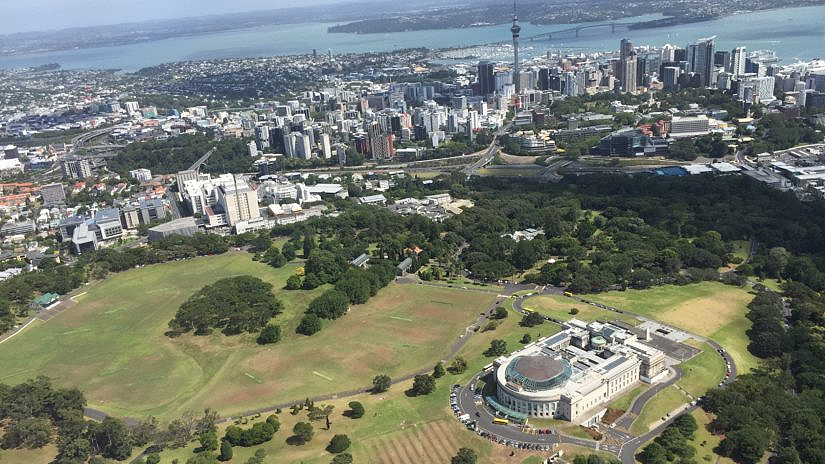 But just how big is that really? In the maps below I’ve tried one way to make it a bit more concrete.

The first map divides the Auckland urban area into 12 areas with the same populations as these cities. 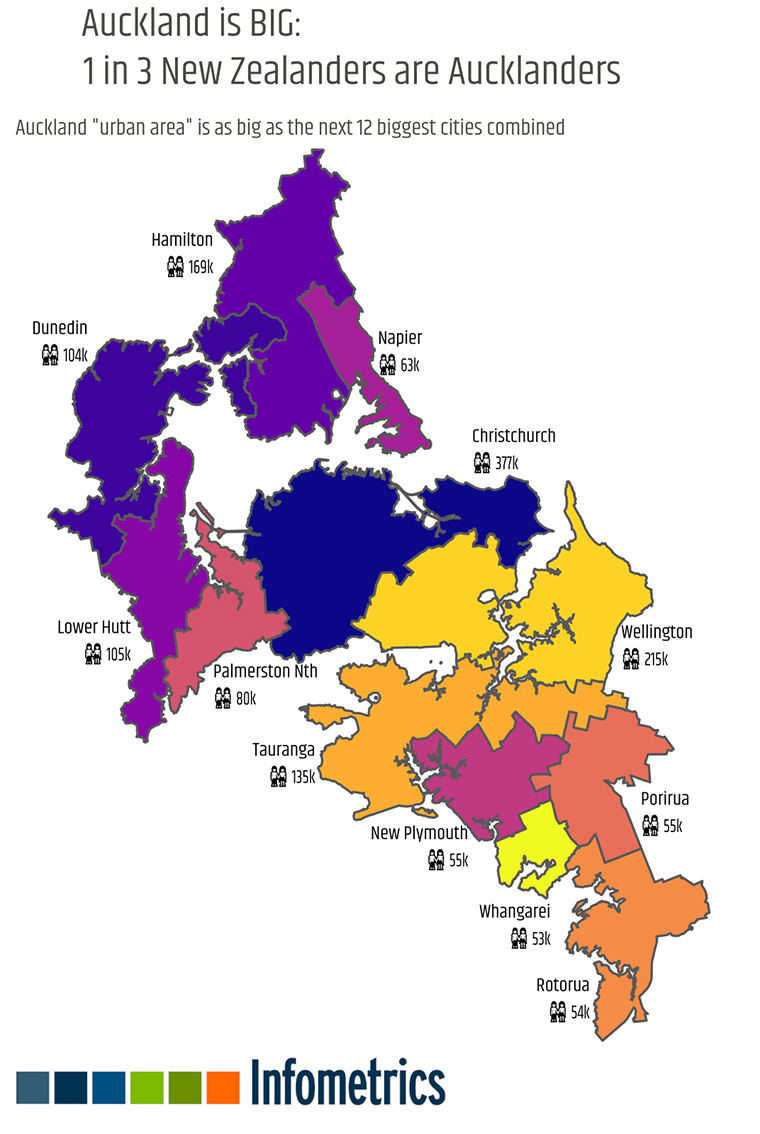 The second map notes that there are six other urban areas in the Auckland region with populations over 5,000 and labels them with the names of equivalent sized towns; Warkworth is paired with Carterton, Hibiscus Coast with Nelson, Waiheke West with Wanaka, Beachlands-Pine Harbour with Kaitaia, Pukekohe with Taupo, and Waiuku with Hawera.

Outside of the seven urban areas noted in the maps there are still 121,000 people living in the remainder of the Auckland region – that’s slightly more than the whole of the Taranaki region. 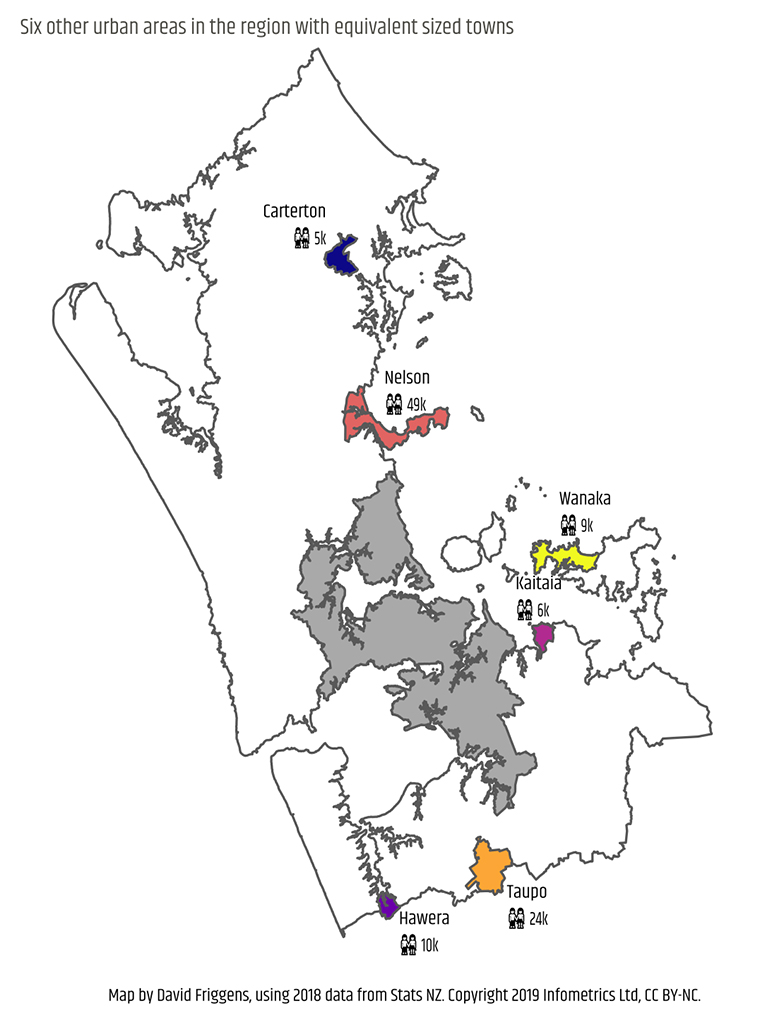 Our Regional Economic Profile has long allowed people to compare an area with other regions or territorial authorities, or the with the whole of New Zealand. Some clients have asked for the option to compare with the rest of New Zealand outside Auckland, since it’s so big – we’ve recently made “New Zealand excl Auckland” a comparison option for everyone. We’ve also recently developed a Small Area Framework that complements the Regional Economic Profile and allows subscribers to explore economic data for the urban areas and “Statistical Area 2” areas (similar to the old Area Units) within a particular region or territorial authority.

Small print: The map omits the Barrier Islands for space; their population is a little over 1,000. Hibiscus Coast’s population is 52,000 so is closer to Whangarei than Nelson, but I didn’t want to use that twice.

Greater Christchurch will reach 500,000 in the next year or two. The big and fast growing satellite towns of Lincoln, Prebbleton, Rolleston, West Melton, Rangiora, Pegasus and Kaiapoi that are in Selwyn and Waimakariri should really be considered part of Christchurch.

To be fair to Wellington its urban area extends far further than its municipal boundaries too.

Auckland Council is sprawling, the areas furthest away are in rapid growth mode. Orewa is due to add another 120%, Pukekohe another 150% and Kumeu (not shown) another 200%.

Get used to more traffic.