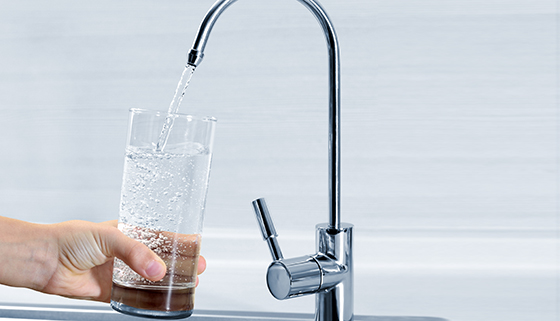 The NZ Super Fund says it wouldn’t rule out buying a stake in Watercare if it was given the chance, but notes that getting the approval to proceed with such a sale would require Government, as well as Auckland Council approval.

It follows calls by Auckland Mayoral candidate John Tamihere claiming he would sell 49% of the Council Controlled Organisation if he wins the mayoralty. Tamihere says he would like to see shares in Watercare, which is currently 100% owned by the Auckland Council, sold to the NZ Super Fund, the Accident Compensation Corporation (ACC) investment fund, or mum and data investors.

A spokesperson for the NZ Super Fund says the fund constantly assesses investment opportunities, including those in infrastructure.

“The NZ Super Fund is actively interested in investing in New Zealand infrastructure where we can add value, expertise, financial management and innovative thinking. It is important to remember that all our investments are made on a commercial basis and that we are prevented from owning more than 50% of an operating company. Proposals need to go through a rigorous internal assessment process that consider their risk profile and assess the opportunity for returns and growth."

But as far as Watercare itself is concerned, the spokesperson says: "We cannot comment on the specifics of any suggested investment, such as that in Watercare, aside from noting the sale of that entity would need to be agreed to by both council and parliament.”

However, despite such potential setbacks Tamihere says selling a stake in the city’s water provider would provide much needed capital for the city.

“The proceeds from the 49% partial sale will be applied to clean up our beaches and fix our failing water network now and not in 20 years. The increase in water costs will equal Goff’s stealth taxes that he has already levied for environment and water,” Tamihere says. “Goff wrongly and knowingly misleads all Aucklanders by calling this privatisation.”

But he has been criticised over his proposal to sell Watercare and incumbent Auckland Mayor Phil Goff has even used it on campaign billboards saying he won’t sell it as long as he’s Mayor.

Goff has previously stated that selling Watercare, which has about $10 billion of assets, would increase the cost of water rates as investors would be seeking a return on their investment.

“Privatising a monopoly does not make sense when an essential service is effectively a monopoly. Taking it out of the public sector where there is more public accountability is the wrong way to go,” Goff said. “Pushing up water rates would hurt families that use more water and place a heavy burden on those on low incomes. Water rates are in effect a flat tax which means those on lower incomes pay a much higher proportion of their incomes.”

He said under the legislation that created Watercare it doesn’t return a dividend to the Auckland Council and is instead expected to provide water to the city’s residents at the lowest possible price.

ACC says it doesn’t normally comment on potential, or actual investment opportunities and that, in relation to Watercare, it hasn't received any investment proposal and isn’t aware of a sales process.

In July Tamihere claimed it had made a bid for half of Watercare. But both ACC and the minister in charge of the Crown entity, Labour MP Iain Lees-Galloway, dismissed his claims.

Tamihere has made a lot of big promises and with just over a month to run he’ll no doubt have a few more up his sleeve. In May he called for the privatisation of the Ports of Auckland’s business operations.

He said the port’s new owners would then have to lease the land back from the council at a credible commercial rate for up to 25 years. They would also be expected to develop an agreed exit strategy for the port’s operations.

According to the policy proposal, at the end of the lease the site could then be redeveloped for public and other uses that make the best use of the prime waterfront real estate. Auckland Council currently has 100% ownership of the Ports of Auckland and it receives an annual dividend from its shareholding.

The Super Fund investing in Infrastructure.

Using tax we've paid, to buy the infrastructure/companies we already paid for, so the money we pay to use the related services can be be recycled to pay our Super.

I don't know if this is brilliant or ridiculous.

In addition to that, it's also then encouraging Watercare to charge more in order to increase value for shareholders rather than focusing on its core mission that it is overall doing pretty well at currently. Last thing we need. You'll just end up having poorer ratepayers sending money to wealthier shareholders.

It is privatization of critical infrastructure and should be stopped. Citizens of Auckland built and own these facilities. Water is a basic human right.