There are no new cases of COVID-19 in the community in addition to the three already-known cases, who caught the South African variant while in managed isolation at the Pullman Hotel.

The infected man’s wife/child's mother is one of the close contacts who tested negative. She is self-isolating.

The father and daughter left the Pullman Hotel on January 15, but haven't gone to work and childcare since returning to New Zealand.

The Ministry of Health is yet to receive negative test results from 52 people who left the Pullman Hotel after staying there at the same time as the three infected people.

The remaining 259 people who left the Pullman Hotel around the same time as the infected people have returned negative results. These include 14 people who had symptoms.

Of the 219 Pullman Hotel staff in focus, 20 are yet to return test results.

People who visited the same locations as the father and daughter cases need to self-isolate and get tested. 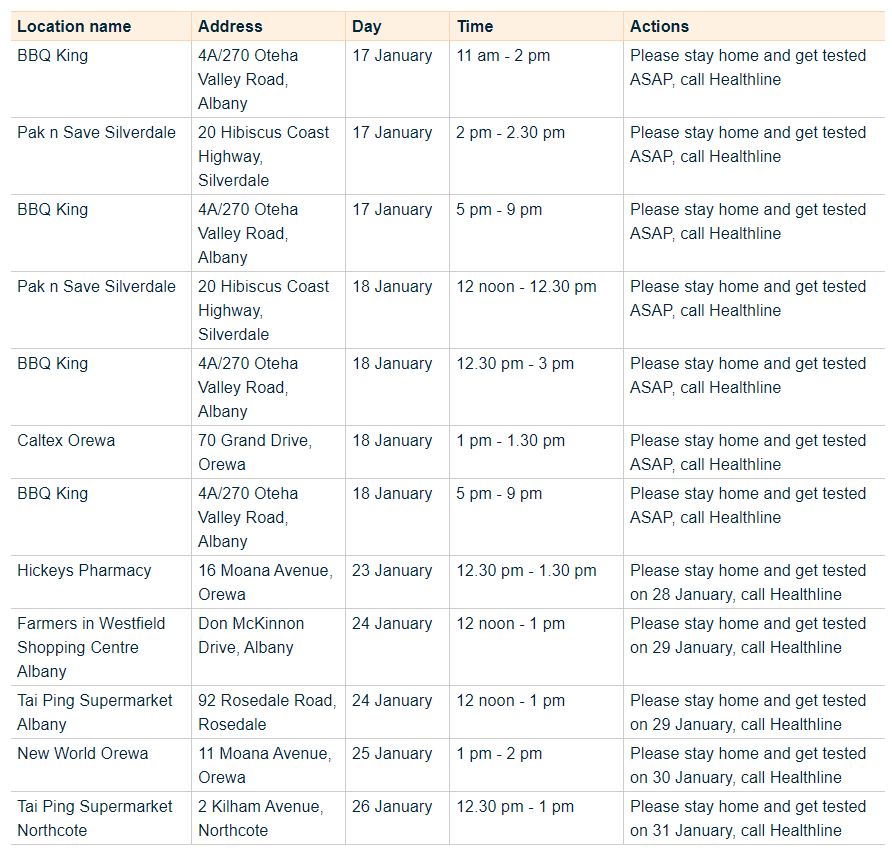 COVID-19 Response Minister Chris Hipkins said he will receive advice by the end of next week on how arrivals at managed isolation and quarantine facilities can be better separated to avoid cross-contamination.

Currently, he said people are kept within their flight cohorts, and capacity is a constraint to fully separating guests according to when they arrive.

Since day 0/1 testing was brought in, guests haven't been able to leave their rooms until they receive a negative test result.

As a temporary measure, guests are now being asked to remain in their rooms after getting their day 12 test, to avoid becoming infected before leaving.

No new arrivals are going to the Pullman Hotel while the situation there is being investigated.

National says: “The Government should adopt a risk-based approach in our MIQ facilities. This means segmenting arrivals depending on where they have come from, placing arrivals from high-risk areas, such as the UK, US and South Africa, into their own dedicated hotels.”

BBQ King must be a very nice eat out.

I will try next time in AKL.

You should go there now, plenty of spare seats.

you would like me to get infected with covid19?

How evil of you!

Yeah, I’m with you Xingmowang ... appalling comment Mrs the point

It is the 28th today, not the 18th, 10 days. If BBQ King is open all staff will have been tested and all surfaces cleaned. It is probably the safest North Harbour dining right now. Of course superstition will prevent most people from attending.

Not sure when you will be allowed back into the country.

If it couldn’t be contained in a top notch virus research lab, it should come as no surprise we can’t hold it in a motel. I’m still amazed that we react with such shock to find it’s leached out....of course it will.

WIV is hardly a top notch virus manufacturing lab. Noted for it's lax safety measures, hence it would seem plausible that it came from there.

surprise surprise
new arrivals still being allocated rooms not just on the same floor but next door to people at the end of their quarantine.
how could anything go wrong.?

Yeah, this is so so dumb.

Yes, assigning people rooms based on arrival date and trying to keep cohorts together is more difficult than not doing that, especially if you have little slack in the system (apparently MIQ is at capacity right now). But it sounds like they haven't even really been trying.

I think we have been very lucky.
The system is far from fool proof.

Any chance of a report from Hone? He was a good half day ahead of the government yesterday.

Australia continues the NZ ‘pause’ for another 3 days.

Take a look at the time the father and daughter at BBQ King. If the father works there, the delivery could also be dangerous

I think it's starting to dawn on some that maybe our recent winning streak has been more down to dumb luck than competent management of the situation.

Whaat?? Our national treasure PM assured us today that the latest tightening of process is moving us from gold standard to titanium. I'm dismayed you've regressed into reading all that negative stuff about NZs response in the flawed analyses by so called epidemiology experts Baker, Gorman etc and worse, actually believing it. Get a grip and back on the true believers path.