Insurance: Replacement - but not as you know it!

Insurance: Replacement - but not as you know it!

14th Jan 10, 7:30pm
by John Grant
By John Grant Making a claim under your Contents policy can result in some unwelcome and frustrating "education" on how the policy specifics apply. 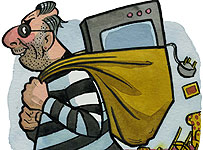 Over the years, policies are updated and cover is being changed all the time. This has mainly been to add new cover but it has also tighted areas where companies have seen high levels of claims. Policies are now quite complex and it's the newer aspects of coverage that appear to be creating the most angst. Here is a summary of the more common complaints we hear; On top of these writedowns you will have another deduction of about $300  for your policy excess. When your original understanding of your loss was for several thousand dollars, it can only hurt when you get significantly less. It was after all a genuine loss - something 'insurance' was bought to protect you from. But after you re-read the fine print, you can't disagree that the policy has been correctly interpreted. Policy coverage varies significantly from one company to another.  That makes "shopping around" - including comparing coverage details - very valuable. We have summarised the Contents policy cover available in New Zealand and have set out the important points of difference from one company to another. You can see these summaries by clicking here. We want to hear of your experiences if you have recently made a claim under your Contents policy. How well did your policy reimburse you for your loss? We are especially interested in hearing of things you learned during that process that would have helped you get a better outcome - if you had only known beforehand.
InsuranceInsurance StoriesJohn Grantcontents insuranceclaims