What the Big Bailout's failure means for New Zealand

What the Big Bailout's failure means for New Zealand 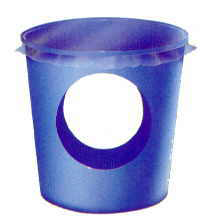 For speed readers, the failure of the big US bailout will mean a longer recession for us, falling house prices and interest rates remaining relatively high. It will not mean a depression or bank failures. Read on for the full story. The shock was palpable. Traders on Wall St watched their CNBC screens in disbelief. It showed Congress had just voted 228 to 205 against the US$700 billion bailout plan. How could these congressional representatives possibly vote against something every grown-up in the US political and economic system had told them to vote for? How could they? What Wall St was watching was Main St, or more specifically voters, telling them to 'Drop Dead' in terms they would understand. 'No you can't have the money. Fix it yourselves," they were being told. Republican and Democrat representatives have been deluged in recent days with instructions from voters to reject this bill. One congressman described how the calls were 50:50. 50% said 'No' and the other 50% said 'Hell No!" So drop dead they did. The Dow fell 777.68 points or 6.98% to 10,365.45. This was the biggest one day points fall on record, but in percentage terms was less than the 1987 or 1929 crashes. The more representative S&P 500 fell an astonishing 8.79%, wiping US$700 billion (oh the irony!) off the value of stocks. So what happens now? Acutally, it's already happening. Bad banks are collapsing in a managed and orderly way. Depositors are not losing money. We've seen four such nationalisations and orderly closures in the last 24 hours "” Bradford and Bingley in Britain, Wachovia in America, Fortis in Holland/Belgium, Hypo in Germany and Glitnir in Iceland. Depositors did not lose money because their accounts and branch networks were bought by other banks. The state has taken ownership of the banks and their remaining bad assets. Any upside will be captured by the taxpayer, as it should. Regular shareholders and preferred bond holders are being wiped out as punishment for employing bad managers to write bad loans. Some Northern Hemisphere bank debt holders will have to convert that debt to equity. The sky will not fall. Anglo-Saxon capitalism's ability to renew itself by reducing asset values and clearing the decks is not broken. The market will clean up its own mess. Thankfully, our banking system will not go into its shell for a decade as Japan's did during the 1990s. So what might it mean for us closer to home? We will have a longer recession, but it will not be a depression. The rest of the world will slow down as the credit system clears its decks and gets moving again. That will keep us in recession for longer. Global house prices will slump and much of the western world will have to stop spending so much and repay debt.  But it really is different from 1929. Our international banking system is much more sophisticated and connected. Some would say that is a bad thing, but it is actually a good thing. Nations with capital surpluses can transfer to those with deficits to avoid massive disruption. We also have floating exchange rates which help provide an automatic stabiliser that did not exist in 1929.

We are also unlikely to see the massive restrictions on free trade that happened in the early 1930s, which leaves open another automatic stabiliser.  Finally, the world's central bankers will never make the same mistake that the US Federal Reserve (and the politicians of the time) made. That was to withdraw credit from the system at a time when it was most needed. As I write the US Federal Reserve and the rest of the world's central banks are flooding the market with cash. Eventually that will re-liquefie lending between banks. It's also got to be remembered that US GDP fell almost 50% between 1929 and 1938. For example, our recession of the last two quarters has seen our GDP fall by about 0.5%. We're nowhere near the Depression ballpark. Even if we had a recession last for a couple of years, GDP will never fall 50%. A 2-3% fall is possible, but that is very survivable.

However, asset prices will see more violent moves. House prices will fall. I have previously predicted New Zealand house prices will fall 30% on average from their November 2007 peak. Share prices will fall, although this matters little to most New Zealanders, who have 97% of their net work tied up in their houses. It will, however, mean interest rates will remain higher for longer than would otherwise be the case.  That's because our banks have lent New Zealand households, businesses and farmers around NZ$291 billion and those same banks have borrowed NZ$138.8 billion from the rest of the world to fund that lending. About NZ$84.5 billion of that foreign debt is either at call (NZ$25.1 billion) or matures every 90 days (NZ$59.4 billion).

That means when international interest rates for inter-bank lending on wholesale markets rise then our interest rates will rise, or at least stop falling. The Reserve Bank will probably do everything it can to take the pressure off the banks to give them room so they don't have to increase interest rates much. A 100 basis point cut in the Official Cash Rate to 6.5% on October 23 is now a distinctly possible. The Reserve Bank surprised everyone on September 11 by cutting 50 bps rather than 25 bps so as to 'frontload' the cut and give the banks some room to cut rates for businesses and homeowners.    The charts to the left show how interbank lending rates internationally have spiked because of the extreme nervousness about lending between banks and across borders. They also show how banks have tried hard not to pass on all those increased funding costs. Bank profit margins have dropped around 30 basis points to around 170 basis points in the last 12 months.  This will all mean consumers remain under heavy stress. They will spend less on disposable items and try to repay debt. That will make life difficult for retailers and anyone in the leisure and non-essential services sectors. I'd expect the recession to now last well into 2009 and possibly longer, but it is likely to be shallow rather than deep.  That's because we go into the recession with low unemployment and it's unlikely to rise much because employers will hoard rather than shed staff. Their experience over the last 5 years is one of skill shortages. That has not gone away. Young, skilled New Zealanders are still leaving in droves. Inward migration has slowed to a trickle. Our workforce is ageing. We simply don't have that many skilled, motivated workers around any more.

All this will be painful for anyone who took on too much debt in the last couple of years. They may lose everything, but that is not everyone. It will be rough. But the world hasn't ended. A final note. Our banking system is safe. Our banks are well regulated, well capitalised and our loan default rates are extremely low. Even if default rates and loan loss provisions quadruple, they would still be less than 0.5% of assets. That compares with over 6% of mortgages defaulting or impaired in the United States. One thing all this drama should do is restart a debate about a deposit insurance scheme in New Zealand. After Australia adopts its own deposit insurance scheme, New Zealand will be the only country in the OECD without a deposit insurance scheme.  I've commented previously that we should have one. Many argue that our banks are too big to fail, which means they have an effective government guarantee anyway. Regardless, there should be a debate.
RecessionGlobal economyReserve BankHenry PaulsonBig Bailout