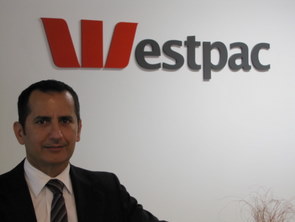 Westpac has agreed to transfer NZ$7 billion worth of New Zealand assets and NZ$7.4 billion worth of funding to its locally incorporated subsidiary from its Australian parent under a deal reached with the Reserve Bank.

As of March 31, Westpac says  the proposal includes shifting across customer loans valued at about NZ$7 billion, deposits of NZ$4.4 billion and term intra-group funding worth about NZ$3 billion. It estimates that, for the six months to March 31, the business activities being transferred had revenues of about NZ$90 million and net profit after tax of about NZ$50 million.

Speaking to interest.co.nz last month, Westpac New Zealand chief executive George Frazis down played the transfer, saying from the customers' perspective it would have no impact. Frazis acknowledged, however, that the move would create some “inefficiency.”

Since 2006 Westpac has run the dual registration operating model with WNZL conducting its retail and business banking activities in New Zealand and the branch established to undertake its institutional and financial market activities. After an independent review of the operating model last year, the Reserve Bank and Westpac agreed to changes.

The bank also notes that after the transfers, WNZL will probably require additional funding, all or most of which it initially expects to cover through intra-group borrowing. The transfer is expected to be completed by the end of 2011.

The branch will retain its financial markets operations for external customers and global intra-group financing functions.

* This article was first published in our email for paid subscribers.See here for more details and to subscribe.

Wally, the Reserve Bank says:
Systemically important banks in New Zealand must be locally incorporated and therefore subject to relevant aspects of New Zealand company law. These banks must have a New Zealand balance sheet and capital rules determined by the Reserve Bank of New Zealand. In addition, Australian bank owners are subject to equivalent constraints and banking supervision in their home jurisdiction (through the corresponding banking supervisory authority in Australia, namely the Australian Prudential Regulatory Authority), which helps to ensure that they conduct their affairs with integrity.
http://www.rbnz.govt.nz/faqs/3461047.html
Cheers.