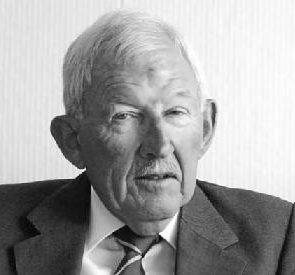 - Unlock value through a demerger of the Australian business to create an independent, regionally-focussed listed investment company, GPG Australia Ltd

Following an extensive strategic review, Guinness Peat Group plc (“GPG plc”) today announces that it is to pursue a corporate restructuring to facilitate the unlocking and enhancement of value for all GPG plc shareholders. Demerger of GPG Australia The first step in this process will be to demerge GPG Australia from the GPG plc Group.

GPG Australia consists of a portfolio of strategic investments in Australia, actively managed by a dedicated team of investment professionals. GPG Australia is well established in the Australian market and has excellent prospects to generate strong shareholder returns by employing GPG’s traditional investment approach.

- Proven track record of returns over the long term

- Net asset value (“NAV”) of approximately £270 million (A$450 million) (NZ$580 million) (based on the status of the portfolio as at April 2010 which is likely to change prior to completion) In addition to the separation of the investment portfolios on a geographical basis, cash and liabilities will be allocated between the two entities prior to the demerger.

A restructuring of the GPG plc Group is an important prerequisite to facilitate an efficient and value-enhancing flotation of Coats in due course, notwithstanding that Coats is largely stand-alone at present with regard to its operating structure, banking facilities and working capital requirements.

The Board is pleased with the manner in which Coats responded to the global financial crisis in 2009 and its much improved performance in the 2010 year to date. Nevertheless it is considered that an immediate flotation of Coats is not in shareholders’ best interests given the nascent stage of recovery in relation to Coats’ markets and customers and the current uncertainty in relation to international financial markets.

The GPG plc Board currently anticipates a flotation of Coats will be undertaken within the next two years.

- Proven track record of returns over the long term

- Highly experienced management team in New Zealand and the UK

The restructuring was considered alongside a range of alternatives from maintaining the status quo to a liquidation of the Group’s assets. It is considered the best option to maximise value for shareholders over time as it caters for a number of realities and opportunities:

- GPG plc holds a large portfolio of assets but within the current structure their collective value is obscured by corporate complexity and geographical diversity;

- An immediate liquidation under the current structure would destroy value for shareholders given that GPG plc’s investments and actual and contingent liabilities (including in relation to pension funds) are at varying stages of maturity and liquidity. Additionally, significant value leakage would be incurred by a large body of GPG plc’s shareholders if liquidation proceeds were to be distributed by way of a dividend or capital return;

- GPG plc’s non-Coats investments are increasingly subject to different geographical and regulatory influences. It is considered that the GPG plc investment model employed in Australia will be better implemented in the future through an independent entity. In time there is potential for similar geographical separation of the New Zealand and UK interests; -

While Coats has taken longer than expected to turn around, its reorganisation is now largely complete. Under new chief executive, Paul Forman, Coats is pursuing a growth strategy. The restructuring of the GPG plc Group should enhance value for shareholders by creating flexibility for Coats to be floated as soon as is appropriate;

- Value will likely be enhanced via the creation of two separately listed companies providing flexibility for shareholders to choose whether to remain invested in GPG plc, GPG Australia or both. Whilst this will necessitate some replication of overheads, the overall benefits associated with reducing geographic complexity and risk are expected to be significant; and

- The separate listed entities will have different profiles in terms of some aspects of their investment approach as well as concentrated geographical focus. The board believes the two entities collectively will have greater and more focussed investor appeal than is currently the case.

Sir Ron Brierley, Chairman of GPG plc, said “At the Annual General Meeting I noted that for a number of reasons the current business model no longer worked for GPG but formulating a structural change which preserved value for shareholders was a very complex equation. The Board has for several months, in conjunction with management and its advisers, been evaluating a number of alternatives to enhance value for shareholders, always conscious that substantial changes cannot be indefinitely postponed.

This proposal will create an exciting and regionally-focused activist investment company in Australia with the entrepreneurial flair to create value for shareholders in the best traditions of GPG, as well as a more concentrated portfolio of high quality investments with a clear mission to optimise and crystallise value for shareholders over time. The GPG plc Group, with its portfolio of high quality investments, will continue its traditional investment approach and will be ideally placed to float Coats when the time is right.

Overall, this represents a streamlining of the traditional GPG structure, without losing the investment philosophy and approach that has yielded significant returns for shareholders over the past 20 years.”

Further evaluation will proceed as expeditiously as possible with the objective of implementing the proposal later in 2010. Any decision to proceed will be subject to a range of factors including finalisation of the appropriate capital structure for the two companies, market conditions, regulatory and other third party approvals. Indicative timing for the proposed restructuring is as follows: