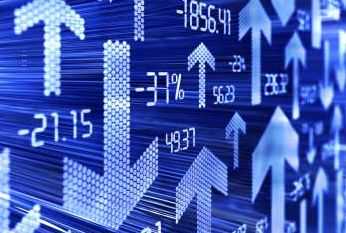 Themes of the day: The market will again be looking offshore for leads with no local data scheduled for release today. Global equities rose for a third session after a commitment by the European Central Bank, the U.S. Federal Reserve and other central banks to provide funding to European banks struggling to raise U.S. dollars. On Wall Street, the Standard & Poor's 500 Index rose 1.7% to 1,209.11, while Europe's Stoxx 600 closed 2% higher at 228.69. Yields on U.S. 10-year Treasury bills rose to 2.08% from 2% yesterday.

Bathurst Resources Ltd. (BTU): The coal miner posted a wider full-year loss as it acquired reserves and pursued resource consents and infrastructure for its Buller Coal Project on the West Coast. The net loss was A$13.5 million in the year ended June 30, from a loss of A$8.4 million a year earlier. A key date for the company looms, with Monday the deadline for appeals against its Escarpment mine resource consents. One appeal has already been lodged, meaning the company’s year-end mining target is unlikely to be met. BTU shares were unchanged yesterday on the NZX at $1.12.

Mercer Group (MGL): The struggling stainless steel fabricator has gained a waiver from Westpac Banking Corp. for a breach of a banking covenant and announced a $1.3 million ‘shareholder funding facility’ with second-ranking security over its assets. The waiver lasts until December and the bank also provided a $300,000 increase in the company’s overdraft facility until Oct. 11. MGL shares were unchanged yesterday at 7.5 cents.

NZX Ltd. (NZX): The securities market operator is set to get a shot in the arm, with Trade Me, Telecom's Chorus unit, and Quadrant Private Equity's Summerset all set to list before the end of the year, according to a report by the New Zealand Herald newspaper. That comes ahead of a possible listing of state owned electricity and resource companies, a move the National-led government is currently polling on. NZX shares rose 2.2% yesterday to $2.30.

OceanaGold Corp. (OGC): With the volatility on global markets easing since August, the gold price has begun to track downwards, with the hedge metal recently trading at US$1,788.69 an ounce, down from its peak of US$1,900 just over a month ago. Shares in OGC, the gold miner which doesn't operate a hedge book, were unchanged yesterday at $3.31.

Telecom Corp. (TEL): The country's biggest phone company is spending nearly half a million dollars on a corporate document mailout explaining the split of Telecom's retail business from network company Chorus in detail, according to a Fairfax Media report. The company is legally obliged to send the document to all its 37,000 shareholders under current securities regulations. TEL shares were unchanged yesterday at $2.53.

Warehouse Group (WHS): The country's biggest listed retailer posted a 29.3% increase in net profit of 77.8 million for the 12 months ending July 31, with the strong performance from its stationery unit offsetting a lack of sales growth from its Red Sheds. Group sales for the year were $1.7 billion, down 0.3%. A final dividend of 6.5 cents a share was declared bringing total dividend payments for the year to 22 cents. WHS shares fell 0.3% yesterday to $3.45.