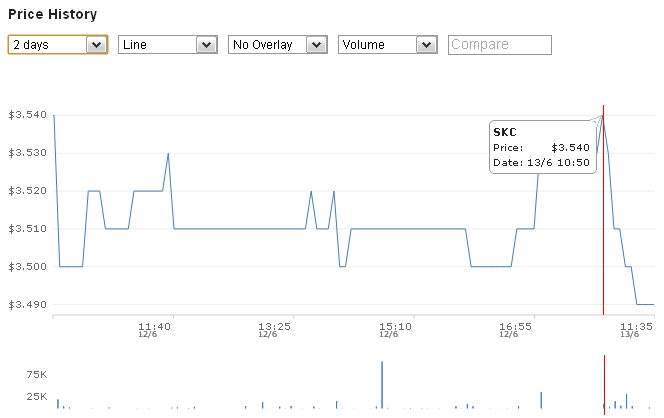 SkyCity's share price fell slightly on the news, which was released just before 11am Wednesday morning

The Deputy Auditor General will investigate the process of awarding a government contract to the SkyCity Entertainment Group to build a national convention centre in Auckland, following a complaint from Green Party co-leader Metiria Turei.

“From SkyCity’s perspective, we were involved in a competitive selection process, responding to the Governments request for Expressions of Interest to develop a National Convention Centre for New Zealand," SkyCity General Counsel Peter Treacy said.

"While the Auditor-General’s inquiry is more a matter for the Government and the Ministry of Economic Development, we will of course cooperate fully with the Auditor-General as and when required over the course of her inquiry," Treacy said.

Minister for Economic Development Steven Joyce said the government also welcomed the move. It would not be putting its negotiations with SkyCity on hold. Those negotiations include SkyCity pushing to be allowed more gaming machines and an extention of its casino licence in exchange for footing the entire NZ$350 million bill for building the centre, and paying the ongoing running costs.

See: SkyCity would need at least 350 extra gambling machines for NZ$350 mln convention centre investment to be worth it, Goldman Sachs analyst says.

Prime Minister John Key has said SkyCity would be allowed no more than 483 new pokie machines.

“The Government is very relaxed about the Office of the Auditor-General having a look at the EOI process for the National Convention Centre,” Joyce said.

“We are confident the EOI process was transparent and each application was assessed on its merit," he said.

“The Auditor-General’s process will not impact on the Government's negotiations with SkyCity. We have said that the Government will only sign up to a deal that is overall in the best interests of New Zealanders.

“This is just another example of the Greens and Labour wanting to halt and delay projects that create jobs and economic growth in New Zealand while at the same time moaning that there are not enough jobs," Joyce said.

“A national convention centre will be a major asset for New Zealand and would generate significant spin-off benefits including a $90 million annual injection into the economy; an estimated 1000 jobs during construction; and 800 jobs once it is up and running," he said.

See the release from the Office of the Auditor General below:

The Deputy Auditor-General, Phillippa Smith [1] has decided to carry out an inquiry into the expressions of interest (EOI) process for proposals to establish an international convention centre. The terms of reference for the inquiry are listed below, and can also be viewed on our website –http://www.oag.govt.nz/media/2012/inquiry-med.

In 2010, the Ministry of Economic Development carried out an EOI process, on behalf of the Government, seeking proposals to build an international convention centre. On 12 June 2011, the Government announced that it was negotiating with SKYCITY Entertainment Group Limited, whose proposal had been selected as the best option.

Metiria Turei MP, Co-Leader of the Green Party, wrote to the Auditor-General on 24 April 2012 to ask for an investigation, in light of concerns raised about the fairness and adequacy of the process.

The inquiry will examine:

§  the overall process for seeking and assessing proposals for an international convention centre;

§  the adequacy of the assessment of the likely costs and benefits of each proposal; and

§  any other matters the Auditor-General considers it desirable to report on.

The inquiry is being carried out under sections 16 and 18(1) of the Public Audit Act 2001. We will not comment while the inquiry is under way, but will publish a report when the inquiry is completed.

[1] The Auditor-General, Lyn Provost, has a small shareholding in SKYCITY and so is not involved in any matters relating to this inquiry.