Rejecting Haier's NZ$1.28 per share offer for Fisher and Paykel Appliances out of patriotism would be a 'silly' approach to investing

Rejecting Haier's NZ$1.28 per share offer for Fisher and Paykel Appliances out of patriotism would be a 'silly' approach to investing 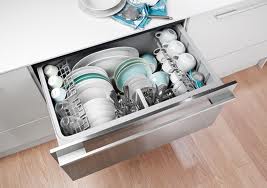 Simon Botherway, a former Fisher & Paykel Appliances independent director, says "ma and pa" retail shareholders deciding not to accept Haier's NZ$1.28 per share takeover offer out of patriotism, or a renewed enthusiasm for the whiteware industry, would be taking a "silly" approach to investing.

Botherway, an F&P Appliances director from August 2009 until April 2011 but no longer a shareholder in the company himself, told interest.co.nz he believed the company's current independent directors had made a considered recommendation on Haier's increased offer. Up 8 cents from its initial NZ$1.20 per share bid, Haier's increased bid is just within the NZ$1.28 to NZ$1.57 independent valuation range for F&P Appliances, which includes consumer lender Fisher & Paykel Finance, from Grant Samuel.

"F&P Appliances has some very good businesses such as direct drive motors, but also some challenging businesses that increasingly require global scale and reach to achieve success," Botherway said.

"Some commentators are suggesting that small shareholders may choose not to sell due to patriotism or a renewed enthusiasm for the future of the whiteware business. I think this is a silly approach to investing. If investors want to retain an exposure to whiteware there are several listed global scale companies they can buy instead and on cheaper multiples than implicit in the Haier bid."

Craigs Investment Partners broker Greg Easton was quoted in the Otago Daily Times saying the Haier takeover bid had "brought out the patriotism and pride in the company by shareholders."

On Thursday F&P Appliances' independent directors said shareholders should accept the increased Haier offer. Institutional investors AMP Capital Investors, the Accident Compensation Corporation and Harbour Asset Management, representing about 14.1%, have committed to accepting the NZ$1.28 per share offer. This is in addition to Haier, which started as a 20% shareholder itself, previously getting support from second largest F&P Appliances shareholder, Allan Gray, for its 17.5%, meaning Haier now has 51.95% - and control - of the New Zealand company.

The main question now is whether Haier can get to 90% giving it the right to compulsorily acquire the remaining shares, take 100% of F&P Appliances, and delist the company from the sharemarket. Haier does, however, still require Overseas Investment Office approval.

Grant Samuel says its F&P Appliances valuation (see more detail in the charts below) was estimated on the basis of fair market value as a going concern, defined as the estimated price that could be realised in an open market over a reasonable period of time assuming potential buyers have full information. Haier paid NZ$82 million or an average of 57c per share for its 20% shareholding in 2009. F&P Appliances shares were trading at 75c immediately prior to Haier's initial offer. They were trading at NZ$1.26 on Friday afternoon.

Haier's May 2009 buy in was part of a NZ$143 million capital raising exercise by F&P Appliances after the company had breached its banking covenants when its debt topped NZ$500 million and sales plummeted. To cut costs F&P Appliances also shifted much of its whiteware manufacturing to Thailand and Mexico from New Zealand, Australia and the United States.

Founded as F&P Industries in January 1934 by Maurice Paykel and his soon-to-be brother-in-law Woolf Fisher, the group is best known for the whiteware - ovens, fridges, dishwashers and washing machines - it makes. Medical devise maker Fisher & Paykel Healthcare was split off from the rest of the group and listed on the sharemarket as a stand alone company in 2001. Founded in 1973, F&P Finance started out with the primary activity of renting TVs under the F&P Dealer Rentals Ltd name. In 2003 it acquired the Farmers Trading Company’s finance and insurance operations in a NZ$311 million deal.

All this drama for 8c a share more ? Laughable, really...

It's a bit to easy using the term 'patriotism' to criticise those who resisted selling.  Next somebody will be saying 'xenophobic'.
However if New Zealanders understood that prosperity and investment, they would never have let F&P go in the first place, and not gone along with this final proposal.  It's in our self interest to retain our companies.  And not take the lowball offers.

I agree with your words KH.
The problem is partly --that de-regulation of imports has brought about a multiplicity of Imported Brands of whiteware on the NZ market.  Kiwis then less appreciating the Brand--- and also not appreciating the investment.  Some chose to put their money into shonkey Finance Companies and lost, big-time.
The F&P business, although small by International Whiteware business's has taken a generation of the Fisher and Paykel families and their staff, hard sweat and brains, to build up, and to reach a CRITICAL MASS of business size.
The NZ market for whiteware is very small ---- so repairs and backup will become too costly or difficult or not viable for smaller importers --- so we will end up with more whiteware going to re-cycling. And if F&P becomes overseas owned then more buyers of whiteware will have no Brand Loyalty to F&P.
There is not a lot you can do to make a Fridge more Electrically efficient --- but F & P seem to have done it with their new Refrigerant Compressor.
If Haier take absolute control ---and management control --then if Haier are poor employers, the KEY Kiwi staff will leave, and F&P will be left with just a small assembly plant. in NZ. Also they will own the F&P plants already now set up in other countries and the Brand Name, which in NZ and Oz had made its mark.
The challenge now is for the Auckland Region to produce some efficient , high value, export business's that stop it sucking export dollars from other regions. At the moment Auckland is mainly a service centre for the rest of New Zealand.

On a more technical level the electronics in the appliances are notoriously bad and they charge an arm and a leg to replace. You can't buy replacement parts direct but have to deal with a third party, getting horribly clipped on the way.

My brother was a production engineer there for a while so I had easy access to their products. Despite staff rates their appliances cost me more in the end. My latest dishwasher is a bosch that was 12 years old off trademe and it hasn't put a foot wrong in 5 years. I did that same purchase/installation for a friend an they have had similar performance. The internet is full of sites discussing solutions for the failure of F&P washing machine electronics. Sorry I don't have any brand loyalty for F&P's inferior products.

The OIO has rubberstamped Haier's takeover.
OIO Approval Received - Haier Offer Now Unconditional
Haier New Zealand Investment Holding Company Ltd's (Haier) offer for all the shares in Fisher & Paykel Appliances Holdings Ltd (Fisher & Paykel Appliances) is now unconditional.
Haier has received consent of the Overseas Investment Office to proceed with its offer to acquire all the shares in Fisher & Paykel Appliances Holdings Ltd, the final regulatory approval required for the transaction to proceed.
Haier has now formally declared its offer unconditional.
Shareholders have until 5:00 pm on 6 November 2012 to accept the offer, unless it is extended in accordance with the Takeovers Code.  Shareholders who accept the offer on or before this date will be sent their payment in full on or before 13 November 2012.
Mr Liang Haishan, Chairman of Haier New Zealand Investment Holding Company Ltd, and President of Haier White Goods Group, said Haier wanted to be very clear that no further increase to the offer price was being contemplated by Haier and that shareholders now had all information on which to base a decision.
“The support of the Fisher & Paykel Appliances Independent Directors for our revised offer price, acceptances by major shareholders, and the generally positive market reaction are clear indications of the very good value of our offer,” he said.
Haier advised earlier today that it had received approval to proceed with the transaction from the Commerce Bureau of Qingdao Municipal Government, which was the final Chinese regulatory approval required for the transaction to proceed.