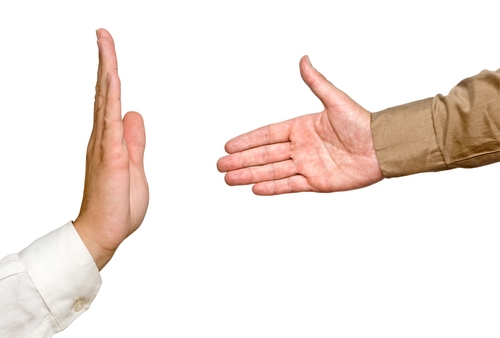 The pressure is now back on SOE Meridian Energy to cut a Tiwai Point aluminium smelter power deal with Rio Tinto after the global mining behemoth rejected Government attempts to "bridge the gap" between the parties.

The Government, which revealed on Thursday that it had stepped into the stalled negotiations between Meridian and a subsidiary of Rio, is now stepping back again and leaving it up to Meridian. However, Meridian indicated on Thursday it did not think it would be able to reach a deal.

The Government has still not quantified how much taxpayers money it had put on the table in the form of a subsidy for Rio, but Prime Minister John Key said on TV3 this morning it was not interested in locking in a long - 18-year - contract over the power. The Government had put “our best foot forward and only card on the table”, Key said. But Rio came back over the weekend and rejected the offer.

Although Rio is currently committed to a power contract, it does have considerable leverage at a time when the Government is attempting to launch its partial privatisation programme, involving selling up to 49% of Meridian, Genesis Energy, Mighty River Power and Air New Zealand.

Mighty River is already at the starting blocks, with 440,000 people having pre-registered interest in buying shares. Market estimates have put the possible amount to be raised by the Mighty River sale at around NZ$1.9 billion.

However, the Tiwai Point smelter consumes nearly 15% of all the power produced in New Zealand. If it closes this would have a massive impact, presumably through very big price falls, for the whole of the New Zealand power industry.

While Mighty River itself does not supply the smelter with power - that all comes from Meridian - its share float and subsequent share price could most certainly be affected by the current deadlocked negotiations.

Further down the track, a sale of Meridian shares could be affected. And Meridian is the really crucial asset for the privatisation programme. Based on last year's board valuation the company could raise about NZ$3.2 billion for the Government if partially sold. However, that value could be savaged by a looming closure of Tiwai Point.

Key said  Rio was locked in to a power supply deal for the next three years and then there was a potential two-and-a-half year "ramp down" period in which the smelter would theoretically wind down.

“If they don’t accept anything. If they can’t do a deal, if Rio can’t do a deal they are stuck on that contract that they signed and that’s for three years plus a two and a half year ramp down period where the smelter theoretically would wind down. Now, they could do things faster, and that would mean people would lose their jobs quicker, but it would cost them [Rio] an awful lot of money."

While Key didn't say as much, he gave no indication that the Government had actually removed its "bridge the gap" offer from the table, but he did say there wouldn't be a longer term deal offered by the Government.

“Yep, essentially we have no interest in a long term subsidy of the smelter. Like if it can’t stand on its own two feet then long term it shouldn’t be there. We do think it made a bit of sense on balance to try to support the process and that’s where we’ve been simply because of the number of jobs involved and because of the power usage.

"But look in the end that hasn’t been possible at the moment. Who knows where these things will go, but the Government’s not going to change it’s position. It might be prepared to have a short term amount where it bridges that gap but it’s literally for a short period of time."

Key said if Rio moved to close the smelter more quickly "they are on the hook for paying for power".

The Government was therefore not prepared to negotiate any more.

“No. Our view is we’ve done the bit that I think New Zealanders would expect us to do."

There was, however, "no free lunch for the Government" in terms of likely developments. A quick closure of Tiwai Point would have "quite a big impact on the Southland economy and some impact on the New Zealand economy". It might mean unemployment benefits being paid.

"A smoother transition is certainly in Meridian’s interest. I think it is in the Government’s interest, we believe it is in [Rio's minority partner] Sumitomo and Rio Tinto’s interest.

"Obviously if they want to stay that would be great but none of us, neither Meridian nor the Government is stepping up to some 18-year deal."

Key tried to play down the risk of the stalled negotiation to the asset sales programme. “It’s not new that risk has always been there.”

He said that analysts could factor-in what the smelter situation means for a company and it is up to investors to decide whether they want to buy shares. The Government has promised that the Mighty River share offer documents will have full disclosure about the Tiwai Point situation.

'Negotiating with a gun to its head'

On whether he believed it was inevitable the smelter would be closed within five years, Key said it was a “useful asset” that has made “a hell of a lot of money” in the past.

“So, I’m not as nearly convinced as some people that they will walk away...but they certainly could walk away.”

The Labour Party's SOE spokesperson Clayton Cosgrove, also on TV3, accused the Government of a  lack of transparency in its dealings.

He said the Government had been warned about the dangers of proceeding with the asset sales programme when the Tiwai Point issue was up in the air.

"The trap has been sprung and the Government is all over the place," he said.

“...Everybody saw this coming.”

But China is well on its way to becoming self-sufficient in aluminium, with the country limiting itself to strategic imports of aluminium, thanks to massive capacities built at home, even though it still relies on overseas suppliers for its bauxite requirement. This makes it imperative for global producers to explore and develop new markets for their produce.

Whether the government was always going to draw the line where they have, or whether they have noticed the commentary over the weekend was negative to a secret deal, who knows.

Giving them the benefit of the doubt, (which I don't often do) they appear to have handled the negotiations okay so far.

The ball's in Rio's court it would seem.

If Andrew J is correct that China is self sufficient in Aluminium, and the rest of the world has more than enough capacity, then Tiwai would be at risk. A very low coal price presumably is unhelpful.

You would think though that potentially in the next three years China could either have Yuan appreciation difficulties, or more likely, will reach a point where more coal fired electricity plants are not good at all for their own environment. If so, aluminium just could be something they would be happy to import. For Rio's crystal ball gazers and number crunchers to determine.

Either monopoly consumer nor supplier is not a good situation to be in.  Our government has very limited imagination and just fire fighting.

Find another big user of power.  Guess what Data Centres are big consumers of power. Who are the biggest data centre users?  All the Internet companies and Cloud services providers - Google, Amazon, etc?

Sell them a vision why New Zealand is the best place in the world to put their Data Centres?  Geographical diversification, low threat of terrorism, relatively cheap and skillful IT workforce, language, and now cheap power etc.

In addition to mopping up the excess power, this will achieve three additional long term benefits:

- propel NZ into the radar screen for Internet related companies - a much brighter future that so passe Aluminium smelter.

- beef up the need for faster data link betwee  NZ and the rest of the world.

Again I have little fate in the way Kiwi is going about solving problems that is why other more ingenious people like the Swiss make Omega watches while Kiwi grow Omega plums.

Just about time NZ government get out of their comfort zone and pursue a more daring vision rather than just reacting poorly and get kick around by unappreciating antiquated business.

We want to see the stuff that Kiwi WERE made off.  The stuff that made the country great half a century back.

Sell them a vision why New Zealand is the best place in the world to put their Data Centres?  Geographical diversification, low threat of terrorism, relatively cheap and skillful IT workforce, language, and now cheap power etc.

...and s-l-o-o-o-w internet! The rest of the world might be a little annoyed when Google slows down to a crawl...