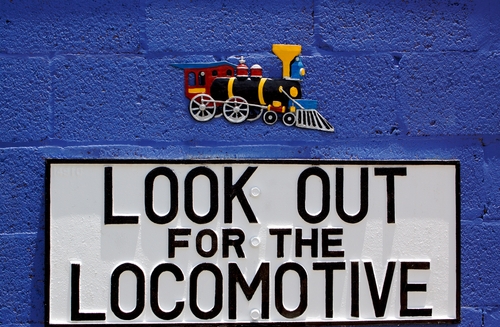 The pressure is already going on the Government to make an earlier start than it wants to Auckland's proposed NZ$2.86 billion Central Rail Link.

Auckland Mayor Len Brown, celebrating the 10-year anniversary of the opening of Auckland's Britomart today, announced a deal in principle with NZX-listed property investor Precinct Properties that would see a tunnel constructed linking the existing rail line terminus underground at Britomart to the Downtown centre across the other side of Queen Street owned by Precinct - with a planned start time of 2016.

The Government recently gave the green light to the planned Central Rail Link, but said it didn't want to start till 2020, while the Auckland Council had always looked for a 2016 start date.

The proposed route of the link takes it from Britomart, through underneath the Downtown centre and up Albert Street.

Precinct's looking to start a NZ$350 million extensive redevelopment of the Downtown centre in 2016 and would need to have arrangements put in place for the rail tunnel at the outset.

Brown, appearing on TV3's Firstline programme today said: “We’d like to start in 2016...

“...We’ve now got a developmental opportunity, that means we really step into the breach right now.”

Brown said the council had previously planned $90 million for buying the Downtown site, but now under Precinct's plan the cost of the tunnel link between Britomart and Downtown would be much cheaper for the council.

Cost will be 'considerably less'

“We can’t give you the full assessment of the costs at this time but it’s considerably less than the NZ$90 million, way, way less because of course we won’t own the site.

Precinct's chief executive Scott Pritchard said the company had entered negotiations with Auckland Council with a view to "coordinating the timing of works at the Downtown Shopping Centre with the building of a tunnel at the site for the City Rail Link".

"We welcome the chance to work together with the Council as obviously it would make a lot of sense to coordinate timing so they can advance works for the CRL tunnel at this site at the same time as we develop the Downtown Centre."

"Precinct has been a long-standing supporter of the City Rail Link and the Council’s City Centre Masterplan. Precinct will seek world-class input into planning for the location. But the process is still at a very early stage, with actual physical works not expected to begin until 2016."

“...The commercial and private sector are giving us a lead here. They are saying: ‘Look, we totally back this. We see the Government’s green lighted it, the council’s committed, most of the funding’s in place – that’s great – so, we want part of the action’ and this is what it’s all about."

“The highest value areas in international cities are around city metro stations and so the private markets are responding to what we are doing. They are investing. We had NZ$90 million to buy that property. They are buying it ahead of us. It will cost us a much smaller proportion of that to develop a rail tunnel underneath it, so that is all good news."

Green Party transport spokesperson Julie Anne Genter said the announcement that the first section of the City Rail Link would be built as early as 2016 "revives the case for getting the CRL completed as soon as possible".

"It’s great news that the first section of the City Rail Link could be built as soon as 2016, the question now is why doesn’t National get on board and build the rest of it at the same time?

"...There’s no reason to keep Aucklanders waiting. Since tunnelling for the CRL will start as early as 2016 anyway, it makes sense for the whole project to be completed earlier."

The Government has indicated that it would like to see the council sell some assets such as shares in Auckland Airport and Auckland's port to help pay for the rail link. But Brown today reiterated his long-held opposition to that, as well as reiterating his support for things such as congestion charges - something the Government does not favour.

“I’m a long, strong hold on Airport shares and port shares. But that doesn’t mean we don’t have other options,” Brown said.

These options included network charges, congestion charges, tolls and regional petrol tax. “We are looking at all of those options.”

“It’s very clear that I’m very supportive of holding our assets. But at the same time, we have been selling down some of our property assets, so, it is not as if we are completely ideological about it. We have sold down NZ$100 million of surplus to requirement property assets over the last 12 to 18 months so we will look at that. But really, in terms of how we fund this transport upgrade its rates, its taxes, but we need another alternative so, we will work that through over the next 12 months.”

The veteran campaigner told Radio New Zealand today the idea "absolutely is for real". It would cost about NZ$280 million a year, but “If you look at the amount the Government is projecting to spend on new roads in Auckland it is more than double that”.

He said he believed Aucklanders could on average save about an hour a day on travel times if they were to use free public transport rather than be stuck in traffic jams.

"I think it’s an idea whose time is long overdue here in Auckland. We think the economics stack up to be able to give every Aucklander an extra hour at home every day instead of being stuck bumper to bumper on the motorway or the transport network.”

The free transport would free up the roads, allowing all the current planned roading extension to be put on the backburner and reassessed further down the track.

“It’s expensive, but it’s nowhere near as expensive as building more roads because as every Aucklander knows when you build a new road you just get to the traffic jam faster.

“We could tar seal the entire Auckland area and we would still have traffic jams.

“We’ve all got horror stories about the Auckland traffic and it’s time we did something about it.”

Minto believed the policy would get the buy-in of small-to-medium-sized business because he said at the moment there was NZ$1.25 billion of lost productivity through clogged Auckland roads every year.

Money saved by free travel to work would get recycled back into the real economy, he said.

“So, this is about a big economic stimulus for Auckland.”

free transport  Mr Minto ?!       just might pay to check with the ratepayers if they are happy for their rates bills  to keep climbing into the sky. Mana Party just love the idea of Free Lunch- just  as long as someone else pays

Seems like they want free public transport for everyone, not just for the Mana party.