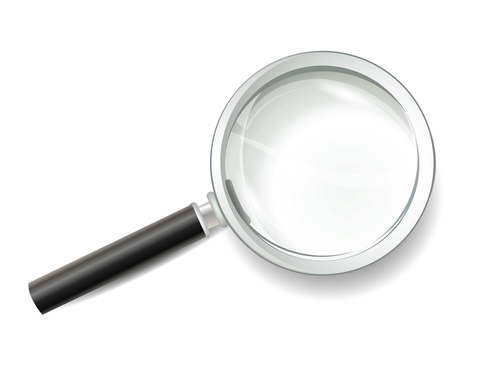 The Christchurch City Council has unanimously voted in favour of an independent investigation being held into the actions of its chief executive Tony Marryatt.

The actions, agreed at an extraordinary council meeting today would investigate Marryatt's actions, knowledge and management in relation to the council losing its accreditation to issue building consents.

Another council meeting will be held next Monday following which more information will be given about the terms of reference and who the investigation will be undertaken by.

Marryatt was put on leave a week ago at the same time as Mayor Bob Parker agreed to appoint a Crown Manager to direct the council to issue building consents.

International credit ratings agency Standard & Poor's on Monday cut both the long and short term credit ratings for the Christchurch City Council in the wake of the building consents fiasco.

Radionz reports investigation into Tony Marryatt and management indicating that other senior managers are also in the spotlight. Given the fresh investigation into the Council's planning unit announced today we can assume that Peter Mitchell's position is also getting uncomfortable.

Oh its a witch hunt, lets find a scape goat...
The buck stops with the councillors, pure and simple.
regards

Not quite steven
From what has been published in the public domain, so far, it appears IANZ are untouchable. As an audit outfit they have yet to explain why it took them 6 years to escalate the problems to the very top. Had they done their job properly it should have reached the top echelons within 2-3 years max. Yet Parker said he never knew. Something does not sit right.

Not sure about that. Gerry sounded pretty pissed off with them in his interview with RadioNZ a few days ago. But bear in mind that accreditation of a building consenting authority is a brand new concept and 6 years takes us back to the very first evaluation.

This kind of audit is not like a statutory financial audit but with any kind of audit it is customary to present draft reports to the management - usually the CEO - get a response then issue a final report. You would have to assume that the whole Executive has been aware of the issues from day 1.

Again bear in mind that this has always been an audit of process not outputs. Negative findings have probably been of the "not ticking the right boxes" variety. The smoking gun in this case is the finding that no continuous self-audit process was in place. When all else fails this process is the final line of defense to tell you when there is a cock-up going on. If we knew when this stopped working we would know the whole story.

Not in this case. Waymad and Hugh will appreciate that since 1989 we are supposed to have a governance/management split in local government. If it's operational the buck stops with the CEO. Given that Parker has already fallen on his sword that distraction is out of the way. But real responsibility for the fiasco lies either with the CEO, Tony Marryatt, or with the General Manager Regulation and Democracy Services, Peter Mitchell.

One scalp is usually enough to satisfy the public need for blood but I wouldn't discount two in this case.

If it's operational the buck stops with the CEO.

Is there any reason we should believe Christchurch is an isolated case?

None at all. The frailties of how councils are constituted have simply been exposed by the extreme pressures CCC is under but they are universal (within NZ).

I can think of a Council CEO or two where independent investigations should be held into their actions.

I would be really surprised if the investigation reveals anything other than that Marryatt didn't operate in good faith with his employer (i.e. keep them in the loop). The investigation is required not because foul deeds have been done but just because employment law requires it before his contract can be terminated.

There are a few more of my thoughts on the frailities here.

This just out from Maurice Williamson;
Building and Construction Minister Maurice Williamson says an audit of potentially non-compliant consents identified during International Accreditation New Zealand’s building consent assessment of Christchurch City Council has been completed.
In September 2012, IANZ identified 17 consents where full compliance with the requirements of the Building Code or Act had not been demonstrated.
Ministry of Business, Innovation and Employment officials have reviewed the consents in question.
“MBIE has found although there were processing failures, the consents are all technically sound and would not result in any safety issues.  Many of the failures relate to incomplete or incorrect administrative processes.
“Officials are auditing a further sample of consents issued by the Council in the past six months to be sure consents haven’t been issued for unsound buildings.  I expect the results in the coming days,” Mr Williamson says.
A wider audit will be conducted by Crown Manager Doug Martin, who was appointed after the Council lost its accreditation.

Ministry of Business, Innovation and Employment officials....qualifications?...who carries the can now?...govt...taxpayer...oh I just knew it would end up being the taxpayers.

When the Clark govt were cacking themselves over liability for leaky buildings they quickly disestablished the Building Industry Authority (who wrote the Building Code). The staff they needed were re-hired into the Department of Building and Housing (who carried on writing the Building Code) which was recently absorbed into...ta da....drum roll please....Ministry of Business etc. So basically the old BIA crowd.

Kumbel: do you have any thoughts or ideas on why the ambulance chasers and litigation funders haven't pinned their ears back and gone after this?

Not a lawyer but:

1. Councils are in litigation all the time mainly over building - you never hear about it because either they wait until the plaintiff gives up and goes away or because they make an ex gratia payment to make them go away
2. I imagine class action would require that there was some policy or rule in place at CCC that consistently disadvantaged an identifiable group of people. I imagine that with building consents its more down to individual mistakes by officers so its individual litigation.

Not really a surprise. Most of the media coverage of this issue has, itself, been technically unsound. Especially not understanding the difference between an audit of process and a technical audit of the outputs. IANZ themselves must now come under scrutiny for how they handled the publicity around the withdrawal of CCC's accreditation. It was naive and ham-fisted.

Kumbel: further to my comment above about audits. Yes I was thinking of a financial audit. However I would make the observation that a full public company audit comprises 3 seperate segments. (a) the systems audit conducted part way through the year which is equivalent to your processes audit, then (b) transaction audit phase to satisfy that the systems review is working and meeting the intended objectives, followed by (c) the Balance Sheet audit at the end of the financial year

If phase (a) the systems audit failed they wouldn't bother with (b) and (c). Big Fail mark

I was once involved in a serious cock-up where I inherited a CFO job in a large public company, which I didn't want, where my predecessor didn't even get 6 months, he got one day, and out the door. I had 6 months to fix the problem. Believe me, if I had failed the executive floor would have known, and the company secretary, who I reported to, was on the board of directors, and they were ultimately responsible

As far as I know the process management system is an industry-specific ISO9000-type quality management system. Obviously IANZ did conduct substantive testing (your phase b) in this case but I am not sure that would be part of the standard audit process as it would require technical expertise that they wouldn't normally require. It strikes me as very odd that they would do so when there was obviously a failing system in place - why bother?

And yes the information about the concerns IANZ had should have got to the Board (Council) and didn't which I guess is why the senior mgmt is in such deep doo-doo.

You wouldn't need technical expertise. A reasonable assumption would be there are engineering reports and drawings etc involved. The auditor would randomly select a number of applicatons and check that all the associated reports and drawings were from registered engineers and surveyors, and then randomly select another bunch and contact the authors of the reports and vouch with them that the reports were authentic, authored by them, and what the intended purposes they were prepared for.

Thinking like an accountant - you aren't checking Accounts Payable here. The design for the CTV building came from a registered engineer. No you would randomly select an application and get the consenting peer-reviewed (i.e. get someone else to re-do it). In education its called moderation.

The design for the CTV building came from a registered engineer
Shirtcliff was an imposter, a fake engineer travelling under a false name
Fake-engineers-qualification-stripped

Guilty. I do think like an accountant
This discussion reminded me of an interesting "fraud" parallel in the case of a guy by the name of John Friedricks who bluffed his way into the position of CEO of the National Safety Council about 20 years ago. Using Government grants, he built up an empire with $400 million worth of assets in the form of specialised emergency equipment and helicopters and planes. All the equipment was stored in containers dotted around the countryside. When it all fell apart and collapsed with a deficiency of $400 million they couldn't find any of the expensive equipment. The containers existed. The Auditors had never once gone out and checked if the stuff existed or not. All the containers were empty.

Interesting wiki article about it. False name. False passport. False everything. He committed suicide. Read the bit about the National Safety Council.
Check the autobiography at the bottom - new zealand gets a mention
http://en.wikipedia.org/wiki/John_Friedrich_(fraudster)