New car sales in June surge back to their highest level in 26 years. One new vehicle sold every 2 minutes. SUVs take 37% of market

New car sales in June surge back to their highest level in 26 years. One new vehicle sold every 2 minutes. SUVs take 37% of market 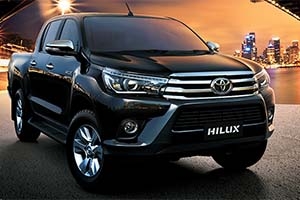 Sales of used imports reached 12,415, the same level as in May, and the highest June in ten years.

Sales of new commercial vehicles were also at very impressive levels. They reached 4,008 in June, the highest monthly level since records in this series began in 1981.

That means that New Zealand imported 270,900 cars, utes, vans and trucks in the year to June 2015, the highest annual rate ever.

(That is, one vehicle was imported and sold every 2 minutes over the past year.)

This latest data will likely push retail sales for 'motor vehicles' above $10.5 bln for the year to June when Statistic NZ publish their data in mid August.

Overall, the sales of sports utility vehicles (SUVs) remains the dominant vehicle segment increasing to 37% market share for the month of June and 33% year to date.

Check out my new ute mate, just chucked it on the mortgage cause my Auckland house is worth heaps.

Business confidence down but car sales booming.
Something doesn't add up.

If you were to purchase one item before the forex hit the price what would it be....

Must be that evil JK conspiring with despicable Chinese to screw us over again. Or something like that.

Sorry but can't help beating other guys to post something along these lines.

Seriously though, average wage earners are typically less aware of the economic climate, or as concerned about the economic outlook as those in business. Hence there are leading vs lagging economic indicators.

The majority of new car sales are business and therefore business/owner decisions.

Don't know about back home but 22K for a brand spanking new VW Golf over here in Brisbane with all the bells and whistles.. the profit margin must be quite thin..

Same in UK. Super cheap finance just like in the USA.

50 k people coming in how many need a car, I would assume lots especially those with the money and those that didn't own one from where they came from but now can