We look at how some key markets have fared since December 31, 2015 and how they fared overnight

We look at how some key markets have fared since December 31, 2015 and how they fared overnight 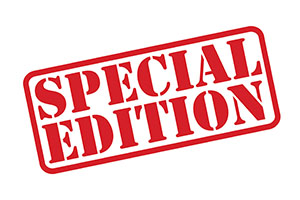 Since the start of 2016, most markets have been in turmoil.

Yesterday we reported that the 'bears are in charge'.

Some see this as the start of GFC2.

Sentiment, even when disconnected from the recent 'data' is a powerful driver of markets. It is supposed to reflect group thinking about what will happen in the near, plannable future.

But, like many individuals, markets often get things wrong, or way ahead of themselves. Corrections happen.

But there is no way to know which is which until after the fact.

This update is a way to show what has happened so far in many markets this year, and what happened overnight.

New Zealand swap rates for terms 4 to 10 years reached record lows at the end of trading on Friday. Record lows are approaching for the shorter terms as well.

Be great to see an article here analyzing bank interest rate margins. Now that swaps have slumped to record low levels banks should be able to offer a 1,2 or 3 year fixed mortgage rate of 3.75%. Would be great to see the extent of their margin greed compared with the last 10 years historical margin data.
Also like to see the relationship between oil price and petrol price at the pump over the years reported on as it looks like petrol far too high unless the bulk of the price is govt charges.

Added to table above. (Remember, you can't really compare the price falls between the cride oil price and the discounted pump price because much of what you pay for petrol is a fixed $/l in excise taxes.)

I am not normally a great bank fan, but at the moment I can go some way to supporting high margins because:

1 Given the risks to the banks from the state of farming and the probability that house prices will fall, significantly higher margins may go some way towards preventing them going under.

But, like many individuals, markets often get things wrong, or way ahead of themselves.

Hmmmm - only in retrospect - on the day the market maker's price is it.

'We look at how some key markets have fared since December 31, 2015 and how they fared overnight'

A far more informative perspective is obtained if markets are compared over a full year.

Most share markets peaked March to August and it has been a bumpy downhill ride since.

The trend is obvious.

Why one year? Why not 5 years? (especially if you invest through something like KiwiSaver).

If you start with a conclusion, you can find trends that fit your thesis anywhere.

Yes, indeed, you can look at the 5 year graph and see that a bubble formed and topped in the middle of 2015.

What is not revealed in graphs is that numerous US companies used share buy-backs to increase their earnings-to-share ratios and create an impression of strength that was only ever a façade.

One of the key indicators is supposedly Caterpillar (heavy machinery), which has recorded a dismal performance for several years.

If we look at Japan