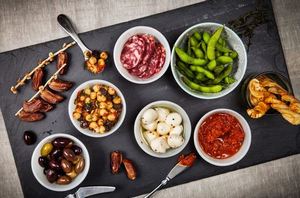 Here are some key details contained in KPMG's annual Financial Institutions Performance Survey, which covers the year from 31 October 2014 to 30 September 2015 and was released today (Wednesday).

Overall the banking sector continues to be in a strong position, with another record profit year fuelled by strengthened interest margins on the back of lending growth, well managed operating costs, low cost funding and plenty of liquidity all contributing to improved results.

This year sees New Zealand banks record a net profit of $5.17 billion (up 6.94%) based on margin growth of four basis points, lending growth of 7.11%, and a reduction in the operating income to operating expense ratio to a low of 37.32%.

The banking sector has improved its overall capital adequacy ratio by 72 basis points to stand at 13.16%. The only slight blemish on the result has been an increase in the impairment provisioning, but that represents more of a return to normalisation.

An increase in impaired asset expense of $173.08 million or 65.33% in the current survey period as the reversals of historical provisioning (fewer write-backs) we had seen in the past came to an end.

As of late last year specific and collective provisions relating to dairy loans based on data obtained by the RBNZ were sitting at 0.1% and 0.6% respectively of total dairy lending.

The cost of funds marginally increased in the current survey period from 3.67% to 3.87%.

One of the major issues many banks will have to face in the current period is the potential regulatory impact from the Reserve Bank’s proposed outsourcing rules. The Reserve Bank is seemingly reversing its position on outsourcing, and requiring systemically important banks to bring key operations onshore.

With lending growth of 7.11% (which is the fastest pace observed in the last five years), we are seeing continually more aggressive loan writing practices taking place.

Returns on assets and equity eased slightly this year, with RoA marginally down from 1.17% to 1.16% and RoE reducing from 16.13% to 15.96% as earnings are spread over a growing asset and equity base. However, returns remain strong with New Zealand banks continuing to outperform their Australian parents.

Net interest income has improved by an impressive 8.45% on the back of strengthened interest margins up by 4 basis points and solid lending growth of 7.11% contributing $729.19 million.

The five major banks accounted for 96.57% of total new lending this year, contributing $23.45 billion of the total $24.29 billion increase for the banking sector.

ANZ continues to enjoy the largest market share at 31.42%, measured by gross loans and advances, having gained an additional 0.35% market share this year. BNZ appears to have lost 0.21% market share down to 18.76% this year.

For the first time since the inception of Basel III in 2013, registered banks have reversed the declining trends in their capital adequacy ratios.

The non-bank sector achieved profits of $254.62 million. Compared to the 2014 year, the overall result was a decrease in net profit after tax by 6.67% or $18.20 million. This was mainly the result of an increase in operating expenses of $48.49 million that more than offset the strong increases in interest income and other income.

The non-bank sector has also experienced some contraction in margins, decreasing 32 basis points despite the underlying net interest income increasing by $23.36 million. This increase was driven mainly by the combination of an increase in interest income due to asset growth and flat funding rates.

The (non-bank) sector has also continued to show significant asset growth, increasing by $487.64 million over the prior year.

New market entrants, emergence of peer-to-peer lenders and banks still trying to entice away clients have been the common theme amongst non-bank executives surveyed.

The charts below are taken from the FIPS report

...low cost funding and plenty of liquidity all contributing to improved results.

Net interest income has improved by an impressive 8.45% on the back of strengthened interest margins up by 4 basis points and solid lending growth of 7.11% contributing $729.19 million.

Yes, the unsecured savings community are all too aware they are being collectively ripped off by the New Zealand banking industry, while also acting as the capital underwriters of last resort. Might I suggest KPMG step back from gloating about the impact of such lucrative funding arrangements?

Agreed depositors need to be protected. And given the relatively small cost to do so it should be a given. But too many ppl will look at this article without any context. The NIM here compares favourably to the States, where the avg NIM is above 2.5%, while the Global average in 2013 according to one source was 3.6%. IE.. the margins being extracted from the sector are not excessive, as noted by other articles which show for ecample that our fixed rates on home loans are lower than some australian ones, despite wholesale rates being much higher.

The bit that isnt too flash (from my point of view.. NB vested interest), is that the efficiency ratio is so low.. which helps to send large profits back across the tasman but doesnt help wages stay in nz.

With so many agricultural mortgage loans failing loan servicing thresholds.
How can such non performance go unmentioned
How can ligitimate profits be drawn from such non prrforming loan portfolios.

With such magnigude of cash extraction why is a portion not reserved here with the RBA in order to support the businesses and depositors (where is the auditor).

Is this one of Xanders pointless answers..

It may not all be as awesome as Mr KPMG would have us believe.

Jonathan Tepper, a UK based economist and founder of research house Variant Perception, is convinced Australia is in the midst of "one of the biggest housing bubbles in history".

The Australian Financial Review reports about how he and local hedge fund manager John Hempton scoped out the apparent epicenter of this bubble, Sydney's western suburbs, and walked away thinking it was even worse than they'd originally thought. It's a fascinating story.

A footnote in an APRA report noted “regulatory capital for housing held by Standardised banks was (just) sufficient to cover the losses incurred during the stress period.” But this “was not the case” for our Advanced banks.
According to the Australian Financial Review, this finding has been confirmed on Friday by APRA. The Australian Financial Review reports “The text was unclear as to whether the major banks had sufficient or insufficient capital held against their mortgage books to withstand the losses. But an APRA source confirmed to AFR Weekend that it was the latter, and that all residential mortgage capital was wiped out in the stress test.”
http://www.whocrashedtheeconomy.com.au/blog/2014/11/have-the-big-4-just-...

When house prices drop and home loan defaults rise, the international regulations require IRB banks to recalibrate the assumptions in their models to factor in the higher probability of default and higher loss given default.

That would result in much higher risk-weighted assets, the denominator of the capital ratio equation, and therefore much lower CET1 ratios, probably below the regulatory minimum.

“This is the biggest fault with Basel II IRB models which are based on past loan performance,” said the comment on the website.

“It’s not just being able to cover losses. It’s the huge amount of extra capital that needs to be raised to cover model recalibration, otherwise the big banks are out of business or provided with large taxpayer support.”

In his opinion, it is highly deceptive for APRA to present stress test results that use current modelling assumptions and not the more adverse settings that would apply during a severe housing downturn.
http://www.australianbankingfinance.com/banking/worrying-holes-in-apra-s...

Oh no, Henry you are ruining my evening.

"Over the past few years, over 40 per cent of all new mortgages originated have been interest-only mortgages.