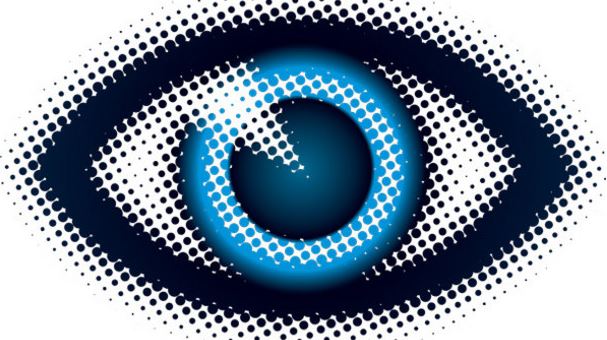 The release late last week of the Reserve Bank of Australia's Financial Stability Review contained a number of direct references to New Zealand.

They see risks here to "their" banks.

They set policy that reaches out to New Zealand and, along with other Australian regulators, causes the these four banks here to alter their New Zealand business to respond to Australian requirements.

These limits may or may not be good for New Zealand. Their only criteria is that they are good for Australia.

These Aussie regulators effectively impinge and limit New Zealand's regulators from setting the ground rules that are "good for New Zealand".

So it is wise to know what the Reserve Bank of Australia thinks about New Zealand.

Here are two extracts from their October Financial Stability Review:

Financial stability risks in New Zealand are of particular interest because the four major Australian banks all have large direct exposures to New Zealand through their subsidiaries and branches (see ‘The Australian Financial System’ chapter). There are also important similarities between Australia and New Zealand: banks have similar business models and economic and asset price cycles in the two countries are positively correlated. As a result, financial distress at a New Zealand institution could directly affect Australian banks and would likely occur at a time when Australian banks are also under stress.

Property-related risks in New Zealand bear similarities to Australia, but some appear to be increasing rather than receding. Both residential and commercial property prices have risen sharply in the global low-yield environment, with housing prices now at elevated levels relative to income and rents. New Zealand housing price growth is also being supported by large net migration inflow and constraints on housing supply. The Reserve Bank of New Zealand (RBNZ) has concluded that the sharp increase in housing prices, coupled with high household debt, increases the likelihood of – and potential losses from – rapid price falls in the future. The RBNZ has used macroprudential policies over the past four years to mitigate these risks, with a focus on lending at high loan-to-valuation ratios (LVRs) and to investors. In response, the share of all mortgage lending with an LVR greater than 80 per cent has fallen from around 20 per cent in late 2013 to around 12 per cent in mid 2016. LVR restrictions were tightened further from October 2016, due to the re-emergence of price pressures in Auckland and a marked pick-up in housing price growth elsewhere earlier in the year (Graph 1.19). The RBNZ is also considering debt-to-income ratio restrictions to improve households’ resilience to income and interest rate shocks, and to further reduce the build-up of risks in the housing market.

Dairy sector risks are more idiosyncratic to New Zealand. Many dairy farmers are facing a third consecutive season of losses due to low milk powder prices (Graph 1.20). This has raised the risk of widespread defaults across the sector, although the risk has lessened of late as global prices have picked up. Dairy is New Zealand’s largest export and accounts for around 7 per cent of GDP (compared with just 0.3 per cent of GDP in Australia). New Zealand banks’ dairy exposures are significant, given both the importance of this sector to the local economy and higher levels of farm indebtedness. Banks’ reported NPLs have increased only modestly to date, but have been held down by loan forbearance and favourable climatic conditions, as well as farmers’ use of other income and assets; lower production costs (including the cost of debt service due to the current low interest rates) have also helped. Farmland prices have fallen, reducing farmers’ equity buffers, but by less than in previous episodes of low dairy prices. Prices appear to have been supported by lower foreclosures, buying demand from institutional and overseas investors, and the ability to use agricultural land for alternative uses. It is not clear how long the current low dairy prices, or some of these mitigating factors, will persist.

The latest RBNZ stress test results for the major New Zealand banks suggest that the banks are resilient to a severe macroeconomic downturn, including large falls in housing and commercial property prices and a more gradual recovery in dairy prices and income.

Australian-owned banks have significantly reduced their international exposures over the past six months, which has made them less vulnerable to risks arising from foreign shocks, different regulatory environments and competitive offshore markets. Much of this decline reflects NAB’s sale of its UK Clydesdale subsidiary, but there has also been a further decline in exposures to the Asian region as some banks increase their focus on core activities in the domestic market (Graph 3.5). International exposures now account for less than one-quarter of total consolidated assets and are likely to decline a little further in coming years as ANZ looks to divest low-return or higher-risk assets in Asia as part of a broader strategy to increase the group’s return on equity.

New Zealand still accounts for by far the largest share of Australian banks’ international exposures, at around one-tenth of their consolidated assets, as each of the major banks has substantial banking operations there. The balance sheets of the major banks’ New Zealand subsidiaries are very similar to those of their Australian parents, and housing lending accounts for a little under half of their total credit exposures (Graph 3.6). As discussed in ‘The Global Financial Environment’ chapter, one of the main sources of risk to the New Zealand financial system is the combination of rapid housing price growth and high levels of household debt, which might increase the risk of large housing price falls in the future. So far, however, the performance of the major banks’ New Zealand housing portfolio has remained strong, with the non-performing loan (NPL) ratio declining steadily to 0.2 per cent.

The major banks also have substantial exposures to the dairy industry in New Zealand. Persistently low milk prices have seen the performance of banks’ dairy portfolios deteriorate at the same time as banks have significantly increased their provision of working capital loans to struggling borrowers that they assess as being viable in the medium term. The NPL ratio on dairy loans has risen modestly since the start of the year, although favourable climatic conditions, lower operating costs (including interest costs) and some loan forbearance have limited the increase. Banks have reported a marked increase in ‘watchlist’ loans, which have historically been a leading indicator of loan performance; performance would likely deteriorate further if climatic conditions worsened or dairy prices remained low. In response to these developments, banks have steadily increased collective provisions for dairy exposures over the past year.

Who is looking out for you?

I wouldn't be too concerned David. I'd rather have APRA doing some management, rather than the locals who are always out to lunch and late to the party

I have said before, I would like to see the macro prudential controls outsourced to APRA rather than being left to the RBNZ who are always buckling at the knees to the NZ Bankers Association and getting postponements

Although, funnily enough the Banks jumped the gun on the 40% LVR's

Actually David i disagree with your statement that Aussies rules limit what our regulators can do. If our regulators need to move on the banks then they should do so. If that means then that they have to reshape their business or even pull out then so be it. Pulling out will cost them more than they will gain. This is just another case of Aussie trying to bully us into submission. Our regulators have a responsibility to our people, not the Aussies and therefore must act in that sense. On the other hand, I can also see them being too scared to ...