S&P downgrades UDC to BBB following its sale to the unrated HNA Group. It remains on CreditWatch "with negative implications"

S&P downgrades UDC to BBB following its sale to the unrated HNA Group. It remains on CreditWatch "with negative implications" 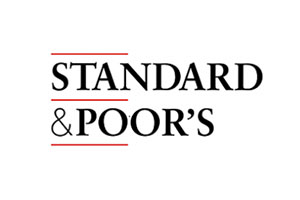 The following release has been received from S&P Global Ratings.

The ratings remain on CreditWatch with negative implications.

The downgrade reflects our opinion that the likelihood of timely support from UDC's ultimate owner-- Australia and New Zealand Banking Group Ltd. (ANZ; AA-/Negative/A-1+)--has reduced following the announcement of its sale to the privately owned Chinese conglomerate HNA Group (not rated). This makes a sale likely in the short term, although the sale is subject to regulatory approval (the sale is scheduled to be completed toward the end of the 2017 calendar year). Consequently, we now only apply a one-notch uplift to our issuer credit rating on UDC above the company's stand-alone credit profile (SACP) of 'bbb-', compared with a three-notch uplift in the past.

We continue to apply a one-notch uplift to our rating on UDC for likely support from the ANZ group. This is because, notwithstanding the likely sale of UDC in the short term, we believe that in periods of distress for UDC in the interim (should any arise, which we do not expect), there remains the potential for some limited support from the ANZ group. That is, we consider UDC to still be a moderately strategic subsidiary of the ANZ group until the sale is concluded. We understand that the ANZ group bears responsibility for UDC meeting its regulatory obligations and that a divestment of UDC is only possible with the regulator's prior approval. In addition, we note that the ANZ group has a long-standing and demonstrated history of providing funding support to UDC in the form of a committed credit facility, which currently stands at NZ$1.8 billion. We believe this facility is likely to remain in place until the sale is concluded. We also understand that ANZ will be engaging with UDC's debenture holders on the replacement of the debenture program.

Our ratings on UDC remain on CreditWatch with negative implications, reflecting our view that UDC's credit profile remains subject to downward pressures over the next year, if the sale is concluded. To resolve the CreditWatch, we will wait for certainty and completion of the sale and assess its expected impact on UDC's SACP, which will include an updated view with respect to the new owner's intentions for UDC's capitalization and funding, in particular, as well as its strategic direction.

We assess the creditworthiness--group credit profile (GCP)--of the HNA Group at 'b+' (see "S&P Global Ratings Comments On Review Of HNA Group That Prompted Rating Actions On Three European Transport Companies," published Nov. 29, 2016), which could constrain UDC's overall creditworthiness in our view. We typically do not assign a subsidiary a higher issuer credit rating than our assessment of the GCP because we consider the relatively weaker parent could potentially divert assets from the subsidiary or burden it with liabilities during financial stress, and the subsidiary could have much less debt- and capital-raising flexibility. However, in some instances an entity may be partly insulated, segmented, or ring-fenced from its group, from a credit perspective. Such insulation may lead to a rating on a subsidiary being higher than the GCP.

In addition, we consider that UDC's SACP itself may weaken due to the likely change in ownership, notwithstanding intent from HNA Group to "preserve UDC's operations." We believe that subsequent to the conclusion of the sale, UDC may face challenges maintaining its franchise in both the debenture funding markets--if it is to remain funded by debentures--and amongst some of its borrowers. It is also unclear if the new parent would maintain UDC's capital levels, which we currently forecast to remain strong. We also consider a change in ownership could affect UDC's risk appetite and underwriting practices, which we currently regard as being more conservative than that typically observed amongst New Zealand finance companies. Finally, UDC's funding and liquidity profile will likely change as a result of the change in ownership--a profile that currently rests heavily on a combination of debenture funding and the committed credit facility from the ANZ group. In the interim, however, we expect the financial support from ANZ to UDC to be sufficient to meet the finance company's funding and liquidity needs until the sale is concluded.

The CreditWatch with negative implications reflects our expectation that we would further lower our ratings on UDC if the sale is successful. We expect to see one of the following scenarios emerge on completion of the sale, which is expected toward the end of the 2017 calendar year:

• We would lower our long-term rating on UDC to 'B+' and the short-term rating to 'B' if, subsequent to the completion of the sale, we form an opinion that UDC is not significantly insulated from the HNA group from a credit perspective and UDC's SACP remains at or above 'b+'.

• We would withdraw our ratings on UDC, if UDC does not request us to maintain the ratings on the finance company subsequent to the completion of the sale.

• We expect to affirm our ratings on UDC at 'BBB/A-2' if the sale does not proceed. In our view, the upside to the rating on UDC is very limited in the next year.

is there a pattern here,first rabo and now ANZ ,backing out of exposure to risk seen in our economy.

What do you mean about Rabo ? What have they backed out of?