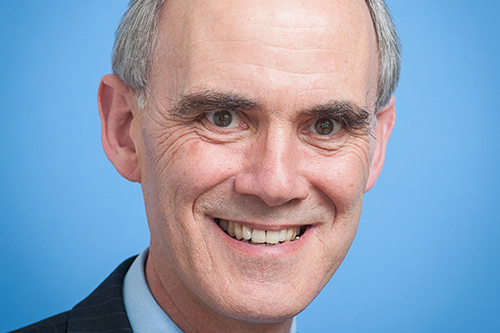 A ‘presentist’ bias inherent in New Zealand policy making is threatening the livelihood of future generations, with too much weight placed on the near-term, Victoria University Professor Jonathan Boston has warned.

Speaking to a symposium on improving intergenerational governance, Boston used his presentation to rally against short-termism at the top of successive governments as the here-and-now was favoured at the expense of the environment, social structures and fiscal settings faced in the future.

Boston acknowledged New Zealand had a number of successes in terms of governments looking out to the longer-term than the next election cycle. These included:

But he did not pull any punches when outlining what he thought were “tragic” failures of successive governments that could have been addressed if policy makers had taken a more long-term stance:

Boston didn’t stop there. He offered up a number of unsatisfactory policy outcomes that indicated too much weight had been given to near-term considerations over the longer-term, including:

So what should we do about it all?

Boston Thursday was officially launching two books, Governing for the Future: Designing Democratic Institutions for a Better Tomorrow, and Safeguarding the Future: Governing in an Uncertain World.

He suggested policy makers in New Zealand needed to make some tough, and some not-so-tough decisions to improve intergenerational governance. They included ways to force policy makers to give more weight to the future in policy formation, insulating decisions from short-term pressures, imposing formal constraints that would require politicians to make certain decisions and potential constitutional constraints that would limit decision-making in certain ways.

Boston cautioned that there were no complete or durable solutions. But there were ways to embed future interests more powerfully in current policy making and shift priorities more towards the future

One suggestion, extending the Parliamentary term to four years from three, would only have a modest effect but would at least give a signal of a longer-term outlook.

Future interests also needed to be embedded into institutions and policy processes, such as:

New Zealand needed to strengthen future voices institutionally by doing things like copying the British model of setting up a Climate Change Committee, Boston said. We also needed to reflect “long and hard” on implementing a quality of life policy framework. This included not just focusing on GDP growth but on a richer set of measures.

“We need, in my view, to give more weight to issues where there is a high level of past dependence, and in particularly where there is significant risk of irreversible consequences,” he said.

To protect long-term interests, we need high levels of trust in shared, common values, Boston said, referencing the degradation in trust and rise of ideological polarisation in the United States currently. This undermined the capacity of democratic systems to find common ground and implement policies to protect long-term common goods.

“Accordingly, I think we can make a reasonable case that if we want to create a political environment that is more conducive for sound, intergenerational governance, we may well need to tackle income and wealth inequality,” he said.

“And you all know that we have much higher levels of inequality now than we did 30 years ago.”

Boston said he appreciated that tackling inequality would be enormously challenging politically. “But in my view it will be one of the things that would…assist us in building a better future and a future that better protects long-term interests,” he said.

“Human beings have capacity to do great good and great evil. We have a responsibility to future generations to leave the world at least as good, and ideally much better, than we found it.”

“This presentist bias is an enduring problem and threatens sound intergenerational governance. We need to take this bias seriously and think constructively and thoughtfully about how we can counter it.”

Thing is - if we look at the successes, the question is how to quantify what actual differences these made with respect to safeguarding the future? I read a lot of the PCE's output reports, many decades old, and the same problems identified then are still problems, often now more pressing/worse, today. Same goes for the Productivity Commission - very few of their recommendations are actually implemented.

Perhaps we should legally assign the Future personage status - as was recently done for the Whanganui River and perhaps the Future should be given the right to vote and assigned a number of party votes that it would cast at a General Election. An Electoral Commission panel of academic and public policy experts could be the Future's legal representatives, who would review all policies from each of the political parties contesting the election and cast the Future's party vote accordingly, providing their review and rationale for the Future's vote in a fully transparent manner to the electorate, say, four weeks in advance of polling date.

I think most voters do have real concerns about NZ in the long-term but simply lack the time and analytical tools to conduct a thorough and robust analysis across all party policies with respect to their manifestos/platforms - and this is particularly so in relation to how those policies will have a negative, neutral or positive impact on future generations. It's so much easier to identify those policies that in the immediate term will solve the present issues you and your own family face.

Knowledge and understanding has become far more sophisticated - and history proves that the academics and philosophers of past eras have been, in many cases, uncannily successful at predicting future social outcomes. Perhaps we need more advanced/sophisticated democratic mechanisms to take electoral advantage of our new understanding/enlightenment.

Give the Future a vote of its own.

Who will work to tackle inequality is a question mark but definitely Not National. So vote for change and can hope that next government will bring fresh perspective and new policies to address issues denied and ignored by national.

Agree. I voted for National, believing John Key's campaigning, but the worsening of New Zealand over the last nine years in the ways described in this article is quite horrifying. Especially having spent years working in poverty alleviation in the third world, and seeing the same sorts of issues burgeoning in our relative poverty here in New Zealand.

I just finished reading the book Hillbilly Elegy link. I recommend it to shed some light on NZ's issues - including the ones Bill English advocates working around by importing an alternative workforce - from a contemporary American example. Nice too in that it looks at a white example, thereby negating the connection some Kiwis may subconsciously make between certain races and poverty-driven outcomes.

Housing affordability (as we often discuss on here) does have wider implications for NZ society, and we do need to be thinking of those at the bottom of the heap.

There was evidence that trust and shared values were undermined by high-levels of income and wealth inequality, Boston said. Trust and shared values were also undermined by corruption, “and there is clear evidence that greater inequality fuels corruption, including political corruption.”
....
And the insidious regime of multiculturalism which sees ethnic bonds as illegitimate and *cures* the perceived wrong by facilitating migration from crowded or poor countries claiming it is win-win.
And what about the inverse relationship between diversity and social cohesion? Local Government NZ claim moving from a neighborhood of high social cohesion to low cohesion "is as bad as smoking" on your health.

Agreed but distrust goes even further evidenced by the increasing distrust by the public in the media, Govt National & local and indeed the whole establishment system, eg the Police not investigating burglary due to lack of resources but dealing in a heavy handed way with motoring issues. The failure of institutions, eg The Commerce Commission by failing to take up individual cases and the appointment of Mr Matthews ex Ministry of Transport CEO over the theft of $750,000 by an employee and his appointment as Auditor General are all areas where without clear evidence that the decisions accorded with the publics view of what is appropriate or right erodes trust to the point when unexpected surprises occur that wrong foot those in power.

“And you all know that we have much higher levels of inequality now than we did 30 years ago.”
Says who? The last 40 years have seen the largest reduction in global inequality in about 2 centuries.

irrelevant. The only thing that matters inequality in New Zealand, and how that has changed as a function of time. Boston is right - inequality in NZ has rocketed up in the last 30 years.

The one thing that sticks out like a sore thumb in that article you posted is how the inequality graphs for english speaking countries inflect in 1971 from strongly decreasing to strongly increasing. What happened in 1971..... Nixon went off the gold standard and the era of financialisation began.

Good comment fat pat, What happens next? Is Fiat money going to collapse? Or has gold backing the currency been replaced by real estate and/or energy?

I dont know about a gold standard, and I dont believe there's anything at all backing paper currencies. I'm a big fan of Steve Keens work on debt deflation with his Minsky model. Also Satyajit Das makes a a lot of sense to me. He's a pretty negative chap though, and speaks of a future involving "definancialisaiton". He also thinks history will repeat in the near future with a much larger crisis precipitating more government bail outs and rate cuts.

It wasn't that the gold standard worked, they came off it because it didn't. It is the interest that is the real problem, at least with gold it keeps the interest rates moderate. Once a currency is unbacked the limit to interest rates is the maximum extractive value. That value is closely tied to the consumption of resources and production. They of course related back to the ability to pay the interest.