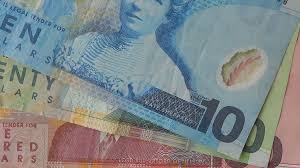 The Government has been handed a small - but unexpected - pot of gold, which has allowed it to produce an election year Budget with something for everyone without breaking the bank.

If the forecasts can be relied on, which itself is a risky venture, the New Zealand economy will grow by an extra $23.9 billion over the next five years compared with what was expected just six months ago in the government’s Half Year Update.

Given the government collects around 30% of every dollar created in the economy (through a combination of income tax and GST) this is an additional $7 billion of Crown revenue over that period the government did not expect to collect.

This has allowed Mr Joyce to make the well anticipated changes in tax thresholds, provide money for families through amendments to the Family Tax Credit and Accommodation Supplement and still have a decent chunk of money left for infrastructure investment.

The Family Income Package has been carefully targeted at middle New Zealand.

There have been no changes in tax rates but the thresholds where the progressive tax rates kick in have been increased.

The changes are intended to correct, or at least mitigate, the effects of “fiscal drag”.

Fiscal drag is the effect of rising wages pushing people into a higher tax bracket.

The average wage has since risen to $58,900, but part of this increase only compensates workers for inflation; their real (i.e. after inflation) wages have risen by much less, even in the low inflation environment we have enjoyed for the last decade.

Increases in the tax bands will go some way to addressing this.

He doesn’t want to be seen to be delivering tax cuts for the rich.

High earners will inevitably receive the maximum tax cut as they pay the most tax.

Short of increasing the top personal tax rate, political suicide for a National Minister of Finance, there is little that Mr Joyce could have done.

As it stands, the top tax rate will kick in at just 1.2 times the average full-time wage – one of the lowest ratios in the OECD.

The tax rate changes are combined with a simplification to, and increased funding of, Working for Families.

The Independent Earner tax credit, which less than a third of eligible people actually claim during the year, is being scrapped.

The Family Tax Credit is being aligned so that it is the same no matter how old your kids are (up to 18 years of age); a significant simplification compared to the five different rates we have today.

It is no coincidence that Mr Joyce uses the example in his speech of a couple with two children under 13, and one partner working earning $55,000 a year; arguably at least, a core Labour voter. This family will gain $41 per week – $20 from the income tax change and $21 from the Working for Families change.

Without the unexpected GDP growth, this would likely have been a Budget of funding families or funding infrastructure, but probably not both (or certainly not to the same degree we have seen).  Mr Joyce has announced (or in the case of housing, re-announced) billions of dollars of investment in infrastructure.

This reflects the mood of the nation, and particularly the mood of electorally important Auckland, that there have been years of under-investment in infrastructure, $9.17 billion will go into roading over the next four years and $450 million into KiwiRail over two years.

Substantial parts of both roading investment and particularly rail are earmarked to restoring the existing network following the Kaikoura earthquake.

Substantial amounts of infrastructure spend are also going on things that won’t get more houses built and won’t ease your morning commute; including $576 million for Defence and $763 million to build more prisons.

These sorts of expensive – but presumably necessary – capital projects do limit the Government’s ability to do other things.

Like the rest of us, the government can only spend each dollar once.

Given the ambitious new target of getting crown debt down to 10% to 15% of GDP by 2025, the government has only limited capacity to invest in the things that voters want.

* Aaron Quintal is a Tax Partner at EY.

Or a new iPhone every year.

Good job, now we can vote Winston into power, I guess.
Can't get more out of National, right ?

The "two blocks of cheese" budget.

Well, there is one tiny ray of cheering light in this load of nothing. Mike Hosking doesn't get that tax cut he was bleating about. Suck it, Hosking.

Maybe it is to compensate mortgage rate increases later on.Not worse off not much better off unless you pump it in to lotto chances.

Well I am starting to believe that Wages and Salaries are actually starting to increase. I got the surprise of my life recently and without any clue that is was coming, found a really decent increase in salary effective immediately. Lets just say that it was quite a few thousand per annum. Shocked? YES! Grateful? YES! Surprised? Completely!!