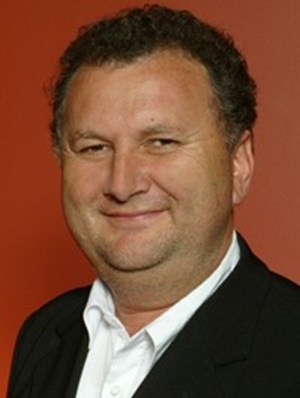 NZ First leader Winston Peters made the announcement in Northland Friday. Jones will stand for NZF in the Whangarei seat, held by National with a 13,000 majority in 2014.

Even if he doesn't win the seat, Jones appears set to be back in Parliament on the NZF list. The party is polling at about 10% at the moment, although insiders claim the number is more like 15-20%, taking into account undecided voters who they believe will turn to Peters amid the controversies surrounding National and Labour.

Jones is also seen as the likely successor to lead NZ First if Winston Peters were to ever step down from the role.

Jones first entered Parliament in 2005. He left in 2014 after the National-led government offered him an economic abassador role in the Pacific. The role ended in May this year.

In 2010 he was the subject of a Ministerial credit card controversy when it emerged he'd used his card in 2008 to pay for pornographic films when staying at various hotels as a Minister.

Before entering Parliament, Jones worked as an advisor for the Ministry for the Environment, and was chair of the Maori Fisheries Commission.

Read comments from Winston Peters below:

Their backing is encapsulated in a message sent to me this morning of support and best wishes from the Deputy Leader of NZ First Ron Mark and all our MPs.

Representation of an electorate like Whangarei will not be easy and will need all of the intelligence and experience and commitment of our candidate.

This is no time to be looking around at novices or an MP with training wheels on, but rather someone who will hit the ground running, knows the system inside out, and knows that we have to concertina, within a short time, real milestones of achievement for Whangarei.

Our candidate is a country boy, off a farm, who made the most of educational opportunity to become a national and international leader.

This candidate has a stunning record but most recently has devoted his professional skills to turning the natural resources of diverse Pacific peoples into long term sustainable assets.

And that’s exactly what we are going to do here in Whangarei with our neglected asset base.

Ladies and gentleman, our candidate, is going to be a real voice for Whangarei, he will speak to you now – he is, the Hon. Shane Jones.

Just what NZ 1st needs - a powerful down to earth speaker. Get Shane to make all the political announcements until the public starts to think 'NZ1st' instead of 'that's Winston again'. Also carries less political baggage than Winston.

Not too likely to get my vote since I disagree with most of their policies except for bringing immigration back to the levels found in most equivalent countries (not 1.5% but about 0.3% per capita). The trouble with voting for NZ 1st just for their immigration policy is Winston has been in power in the past and did nothing so why believe him this time?

Gosh! What! Shane Jones NZ First! Wow, that IS a surprise.

I imagine Ronnie Marks' feathers will be a little ruffled

In danger of becoming a North Auckland party.

Interesting how National neutralised Shane Jones as he was revealing the standover tactics within the duopoly grocery industry, and getting significant traction in parliament - by offering him the overseas post. Shows how much more powerful corporate power is than political power.

Probably enough to swing my party vote this way! The other alternatives, as usual, remain colourless.