New Zealanders’ concerns highlighted in run to election: Poverty and the gap between the rich and poor is the single biggest issue facing us and the World, according to new survey

New Zealanders’ concerns highlighted in run to election: Poverty and the gap between the rich and poor is the single biggest issue facing us and the World, according to new survey
3rd Jul 17, 3:17pm
by Guest 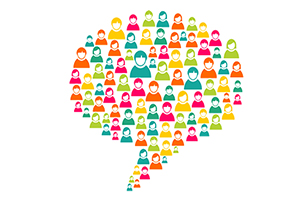 New in-depth research exploring the concerns of New Zealanders both in New Zealand and globally found New Zealanders, like Australians, are concerned about war and terrorism on the global front.

But at home in the run-up to this year’s election it’s all about the economy especially housing affordability, housing shortages, cost of living, inflation, unemployment and homelessness.

Quantified thematic analysis of the verbatim responses of a nationally representative sample of 1,000 New Zealanders found the economy and things economic to be the biggest theme to emerge.

Economic issues like poverty and the gap between the rich and poor and housing issues including house prices, housing affordability & housing shortages and the homeless or homelessness more generally dominate the issues facing New Zealand.

Economic Issues were mentioned by just under 27% of respondents with an additional 23% mentioning Housing/Homelessness Issues as the most important problems facing New Zealand – totaling more than half of all respondents.

Most important issues facing the World

When considering the wider World, the largest themes to emerge were concerns related to War & Terrorism. These issues including Terrorism, War and Conflicts, Religious conflict and Lack of World peace were mentioned by just over 25% of New Zealanders and a further 23% mentioned Economic issues.

The third biggest theme was Government/Public policy/ Human rights issues mentioned by over 16% of New Zealanders followed by Social issues and Environmental issues with both of these themes mentioned by just under 14% of respondents each as the biggest problems facing the World.

Source: Roy Morgan interviewed a representative cross-section of 1,000 New Zealanders in May 2017.

Single issue analysis of the responses shows the specific issue of greatest concern for New Zealand is Poverty and the gap between rich and poor mentioned by 14% of New Zealanders. This is more than any other single issue.

The next two most often mentioned single issues were:

Source: Roy Morgan interviewed a representative cross-section of 1,000 New Zealanders in May 2017.

Poverty/ The gap between rich and poor, Donald Trump and Terrorism the top World problems

“New Zealanders regard Poverty and the gap between rich and poor as the single biggest problem facing both New Zealand (14% of respondents) and the World at large (13%) – although beyond this crucial Economic issue there is a clear divergence on the problems facing New Zealand and the World.

“When it comes to the World after Poverty and the gap between rich and poor 11% of New Zealanders believe US President Donald Trump is the biggest problem facing the World. Concern about Terrorism (11%) and War & Conflicts (8%) are also prominent. Global warming/Climate change is also considered more of a World problem (9%) than a problem for New Zealand (only 2%).

“In the coming weeks Roy Morgan will be releasing more detailed analysis of this important survey including analysing the data by political affiliation – a particularly important resource for political parties gearing up for this year’s New Zealand election set for Saturday September 23.”

These findings come from a special Roy Morgan study of Australians’ attitudes towards issues facing New Zealand and the World in the future. The research conducted was both qualitative (in that people were asked to use their own words) and quantitative (in that the ‘open-ended’ responses were analysed and ‘coded’ so that the results could be counted and reported as percentages).

"Poverty and the gap between the rich and poor is the single biggest issue facing us and the World, according to new survey"

Oh my both issues that the National Party care least about!!!
no wonder we need a change!!

The biggest problem facing the world today is poor life choices. Everything else is an outcome of that.

Zachary, you and I chose to live in DGZ and have you noticed how many of the people here love attacking us for that? Is this our poor life choices?

Of course, if you mean that many people suffer not of their own choice but because of the life choices of others, that's certainly the case.

Exactly the response I would expect from an Alt-Righter. It allows you to have a mentality of "I'm all right Jack" just pull up the drawbridge and let the less fortunate members of society sink or swim. I find your lack of empathy or compassion pretty disgusting.

Since you wouldn't want to risk catching something by actually mixing with these people,try reading something like; The Spirit Level or the Price of Inequality or Saving Capitalism or The Unwinding,to name just a few. Even someone as blinkered as you might learn something.

New Zealanders pretty much agree on the Worlds and the countries problems. What they don't agree on is what are the root causes of those problems.

We as a nation are helping that rogue state commit invasions and attacks on other nations. That rogue state is of coarse the USA and their so called war on terrorism. Their invasions, attacks and political meddling have all been against countries not trading with the US dollar.

The country that their own CIA said produced the terrorists that attacked the twin towers has been ignored from being attacked and in fact has just purchased from the USA the worlds biggest sale of arms.

Why as a nation are we helping USA and not calling them out on their aggression??
Why aren't our political parties talking about this??
why is the only debate how many refugees to have when the debate should be to stop creating the refugees. Why is our media complicit with USA aggressive foreign policy by feeding us US propaganda?

New Zealands other problems of poverty, inequality, youth unemployment, housing availability crisis and the sky rocketing cost of a home are all symptoms of our properties being forsale on the world market and high population growth caused by immigration.

"Why as a nation are we helping USA and not calling them out on their aggression??"

Because all of the West lives off the back of it. They get the greater share of the loot and we get to sit at the table and mind our manners.

Yes ham n eggs. Correct answer, I agree.
Why can't we get our media and our politicians to embrace some guilt and at the very least end our involvement?
They argue as to how many refugees to have instead of stopping our involvement in the creation of the refugees.

What these results tell me is that there is nothing in particular that people are seriously worried about.
It mentions that housing issues are a huge concern for New Zealanders with just under 14% of respondents mentioning House prices or Housing affordability and a further 10% mentioning Housing shortages and Homelessness So 90% are unconcerned about housing shortages and homelessness?

And honestly if Trump being slightly worse than terrorism is all we have to worry about then things are pretty good indeed. It seems like people just grabbed the last headline they saw because they actually couldn't think of anything intelligent to say. Truly the best of all possible worlds.

Quite. And this is what happens when you rely on newstalk ZB for your education.