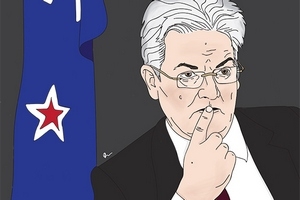 The UnitedFuture Party has switched the plug on its own life support machine off, saying it will disband.

UnitedFuture proud of it's history, but all good things must end

UnitedFuture party leader Damian Light has announced that the party intends to disband.

"We’re extremely proud of what we’ve achieved over the past 15 years, working alongside the government of the day, both National and Labour." Mr Light told members on Monday.

By August 2017 UnitedFuture had become the party with the longest continuous role in New Zealand government for 100 years. The party's list of achievements is considerable, including;

"However despite our successes in parliament, it is no secret that we have struggled at election time." Said Mr Light. As part of it's post election review, the party has been talking to members and non-members, those who voted for us and those that didn’t.

"We know people like our policies and vision but it hasn’t translated into votes." Said Mr Light "While the reasons vary, what has become clear is that UnitedFuture will not be able to achieve the significant number of votes required to break the high threshold."

"Therefore we have decided is it time to disband the UnitedFuture party."

This decision has not been made lightly and has been debated at length, with a motion unanimously passing at this weekend's Annual General Meeting in Auckland.

"Thank you everyone who has stood, supported and voted for us throughout the last 15 years. We have achieved a massive amount in a short space and we are proud. While there is sadness at end of UnitedFuture Party, all good things must end." Concluded Mr Light.

seeing they only got 1782 votes its not a surprise, next will be ACT

The most underwhelming headline of the day.

But give United Future its dues, it hung around a very long time and (apparently) achieved a few significant things.

But it was never well understood and political oblivion has been creeping up on it for some time now.

Agree that ACT will be next. NZ First can't have too much shelf life left either.