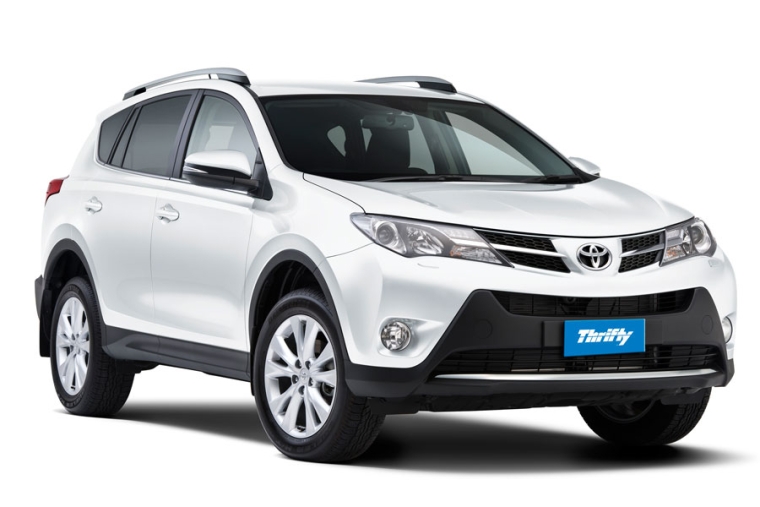 57.3% of all car sales were SUVs in December, helping push the annual rate of SUV sales up to 48.8% of all passenger car sales.

In the luxury sector passenger and SUV sector, Mercedes-Benz retained the 2017 market leader spot with 2,540 registrations, followed by Audi with 2,060 registrations and BMW with 1,954.

That means more than 160,000 total new vehicle sales were made in 2017, a benchmark the industry sees as a high water mark that is not likely to be exceeded in 2018.

Data for used imports will be released in a day or two.

There are now more than 4.1 mln licensed vehicles on New Zealand roads.

I'd be interested to see a breakdown of the proportion of sales of EVs.
Also the percentage of new vehicles bought on finance. I imagine the vast majority of private sales would be financed.

yep. And at say 30% depreciation what a drain/loss to the economy. Huge amount to spend to 'rent' a seat on Auckland's stationary roads. Sales symptomatic of clever advertising (I drive an SUV so must be in the NZ High Country - in my dreams) and hopeless public transport.

At the moment you would still need at least one petrol driven car per household or you will never get to your holiday
or weekend destination. Until the country is covered with rapid charge points it will remain a city car only for those households that can afford one of each.
And of course there will only ever be the promised CO2 reduction benefit if the electricity that needs to be generated to keep this fleet running is renewable (let's not argue with what sort of energy the panels and blades are manufactured, or the concrete to hold the turbine in place, seeing there is no new hydro in the plan).
If all we are doing is replacing the CO2 exhaust from the tailpipe to the smokestack we may well find that our CO2 emission goes up by the time we look at transmission losses etc. just to keep the electric fleet going. An inconvenient fact that not many politicians wish to discuss.
Don't get me wrong, I like the technology and am looking forward to the days of electric driverless cars but in NZ for most users it is impractical at the moment and we can stop dreaming about it being a "green" alternative.

I was surprised to see the prominent signs for e-vehicle charging stations all along the Napier-Taupo road. It seems the main tourist routes will be e-drivable sooner than you think.

For the first time ever we are in those stats. Our newest vehicle was 20yr had it for 11 And done 190k in that time. Would have bought 2nd hand but wanting a Ute and the prices were ridiculous. E.g. 200k km 5yr old 60% plus of new price. That one broke down completely (cam chain) within 100km of the showroom so went straight back. Bought new, 5yr warranty 10yr on transmission. 15km Service @ $380. What could go wrong?

I looked for a nice 2nd hand car to buy for a month now, I can't say I saw many "deals" at all. So much for all the Real Estate agents having to sell their nice Euro cars.

interesting - where as in the UK the figures are going in the ops direction
https://www.theguardian.com/business/2017/nov/06/slump-uk-car-sales-dee…

It is surprising that in the UK 86% of all cars are bought on credit.

or simply hired out - the amount of 20-something low wagers that have a 3 year rental agreement on brand new cars is astonishing - "cant afford a home, need something to make me feel like I'm doing ok"

That’s an impressive result for London.

That's a 5 year old article, in the middle of a UK summer, interesting to see how many stick to it in the winter.

Not so surprising, they have a more effective public transport system that is not hamstrung. Normally much of the remaining traffic is trade, logistics and those who need vehicles to go from place A to B, (no existing public transport route, mobility requirements or they can afford more expensive options). We even have UK electric vans being shipped to NZ for a second hand sales. Not so surprising that the uptake is smaller in NZ and they are not mobility friendly yet but given time either the infrastructure improves or the market shifts (as EVs & built in computers become obsolete faster, and parts more expensive), leading to more car leases than ownership. Often to keep up to date with tech upgrades you need to be able to switch every 2-3years and in the car industry that cannot happen unless you are renting. Supporting old tech, and right to repair is a fast dying concept so expect to see more of the same trends for a while. NZ has a huge parts and second hand market which helps enable cheap travel (certainly much cheaper, more accessible and faster than public transport).

“Sir I think the problem is much larger than I thought, we have detected deadly hydrocarbons leaking from below the rear bumper.”

The worrying element in David's article in the final line ........." there are more than 4,1 million licensed vehicles on New Zealand's roads "

With just about 1 car for every adult New Zealander , you dont have a snowballs chance in hell of changing people's car use patterns anytime soon .

Soon the best investment in the country will be an urban car-parking space , nice short-term tenancies , no doors to break , no windows to smash , no hot water cylinders to worry about , no meth cooking , just a square piece of tarmacadam or concrete with some lines painted on them

By any chance have you read Snow Crash?

Cars are so cheap these days for the old stuff you cannot give it away. Great if you can fix them yourself, got 3 myself and working on a 4th, we recently swapped a BMW 318i for an Apple iPhone 5. You can just put the Rego on hold and with a WOF only once a year its not costing you to have it sitting about as a "spare". Lots of fun to play with if you like that sort of thing. Will get that new car one day but it will loose more money in the first year than something I have owned for 20 years.

Remember all the doom and gloom a change of government was supposed to bring about?

Car buyers and the tourism industry obviously didn't get that message.