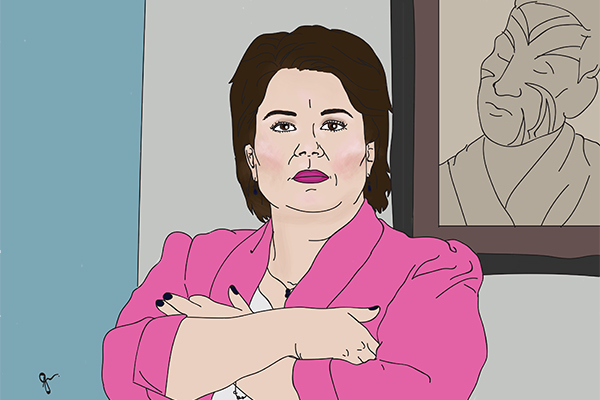 National’s MPs will elect a deputy leader as well as a new leader when they meet in a week’s time, as requested by Paula Bennett.

The job of deputy leader is not vacant but Bennett, the incumbent, has decided a vote for the position should be held anyway.

National’s chief whip Jami-Lee Ross says Bennett came to him last week and told him it was important the Caucus votes on its deputy.

She said on Tuesday morning that Caucus would be deciding on some of the “procedural decisions” in terms of a vote for deputy.

The Caucus confirmed this on Tuesday morning, and the vote is set down for 10:30 next Tuesday.

So far, Bennett is the only National MP who has indicated she is interested in the deputy position.

She said on Facebook last week she was keen to stay in the job.

“Our new leader will need help from an experienced, loyal deputy and I offer that,” she said.

Auckland Central MP Nikki Kaye has ruled out a run at deputy as well.

However, there could be more candidates coming forward before the vote next Tuesday.

Ross says it's up to MPs to self-nominate for the job and it is up to any hopeful candidates how they declare their intentions.

The voting for leader and deputy leader will be conducted in a progressive voting system.

This means if one of the candidates gets at least 50% support from Caucus, they will automatically win the election.

Anything less than 50% means the candidate with the least number of votes drops off the list and MPs vote again.

This continues until one of the candidates wins 50%.

Before the vote, each leadership and deputy leadership candidate will have an opportunity to address Caucus.

Ross says the results of the secret ballot will not be made public.

on no we are going to get at least ten come forward now for deputy, what a joke of a party

Sharetrader, you are kidding surely.
The coalition got into power thru 3 parties that got nowhere near as many voters voting for them having to amalgamate all of their votes.
The coalition has got very few if any with sufficient business acumen to run anything, unless you know differently?

First past the post was put down many years ago.. perhaps you should read up on how Govts are formed in NZ in the modern era.

But neither of the two biggest parties are using the MMP system they are still in first past the post mentality, and just look for one of the smaller parties to give them enough seats to govn to the detrement of all New Zealanders.

THE MAN 2 still cant remember 1978 or 1981. Well before I was born where for the second election in a row, Labour won more votes than National but didnt govern due to the VOTING SYSTEM WE OPERATED UNDER. Poor old mate is getting dementia.

You could call it an embarrasment of riches.

There aren't that many in the CoL who could make a coherent speech or answer a simple question in the house.

You could call it an embarrassment of riches, if you were very easily embarrassed......

Clearly they have learned well from the last lot then. Their questions get the answers they deserve after the last 9 years

Only 50% of the vote needed. That's surprisingly low. Would have thought a healthy 2/3 majority would be more in order given its a lowest drops out voting procedure.

As such, only low threshold for consensus, too many also rans smarting at Bellamy's.

Post vote I suspect there will be a further spots opening up for National's Listers. Maybe a good thing for them.

yes will be more pushed out once new leadership takes over, i expect to see people stepping down , maybe even a byelection.

Pretty sure Joyce is only there to manipulate the vote. He'll of hoodwinked a least a couple or more backbenchers to "get him in".... "stick with me darling, I have ya in diamonds..." But he tells them how to vote "should I not make it".

Can they run for both leader and deputy? Or is Bennett getting in while the like of Adams etc are ruled out by going for leader?

Bennett's maybe not sure of her support from any of the incoming leader candidates. That's why she wants a vote, then she can say the caucus has spoken, sorry Amy, Sorry Joycee. She doing it so the new leader can't ditch her so easy. Fools errand though. I predict Bennett is gone as Deputy, unless Simon wins.

Media will have a field day either way.
.