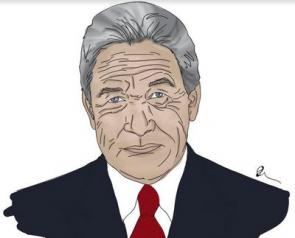 Deputy Prime Minister Winston Peters says an increase in foreign affairs funding of just over $900 million is not as much as he was hoping for.

Peters, also the Minister of Foreign Affairs, says he will be lobbying to secure millions more in funding and will begin work doing so the day after next week’s Budget.

The bulk of the sum is made up of $714 million in aid for Pacific nations over four years.

Just over $190 million will be provided for an extra 50 diplomats across New Zealand’s embassies and for a new embassy in Sweden.

The Ministry of Foreign Affairs and Trade (MFAT) currently has 248 staff posted offshore spread over 58 posts, and 672 staff based in New Zealand.

But Peters says he was hoping to do “much, much better” when it came to securing the foreign affairs funding.

“I put it down to not enough people understanding the emergency situation we face.”

Peters spoke at length about the challenging situation many Pacific nations face, during his speech.

“We will be setting out straight after the next budget on Thursday to get the resources we truly need to do the job properly,” he told reporters.

How much is needed to “truly do the job properly”?

“It’s much more than we have got now,” Peters says.

At the moment, New Zealand’s official development assistance budget, as a share of Gross National Income, is 0.23%.

He says he had not told Labour and the Greens he will be lobbying for a lot more funding and they would be finding out when he made the speech.

Chinese influence in the Pacific

Peters was careful not to mention Chinese influence in the Pacific in his speech.

“We strongly believe in being part of a Pacific that is free from military competition, a Pacific that remains free from the shafts of strife and war that affect many other parts of the globe. Put simply – if we’re not there some other influence will be,” he said

Asked specifically about the Chinese influence within the Pacific, he said there are a “number of influences” in the area.

“It’s important for us, without naming countries, to ensure the New Zealand voice is heard alongside others.

“We are saying we have a role to play and we’re going to find the resources to play it properly.”

Meanwhile, National leader Simon Bridges is claiming the Government is “putting diplomats ahead of doctors.”

He says the needs of New Zealanders must always be put first.

“Unfortunately this policy is about the needs of Jacinda Ardern and Winston Peters over the rest.”

I'd love to know how $190m ($48m/yr) only gets 50 new diplomats and one new embassy. That's a million per diplomat per year. How do they even spend that??

You’d feel even worse if you met the average NZ diplomat. Typically well meaning double degree types that couldn’t get a job in the real world. Once they get on the gravy train they are as bad as Winston Peters. Maybe that’s where the synergy is with NZF?

No you are wrong. And should move in better circles.

I moved in the periphery of diplomatic circles as an expat so I can say I’ve been there seen that. I was cultivated by our diplomats as a source of economic intel and gave briefings on developments. I might as well have been talking to Taxinda for all of the business understanding I sensed on their part. When the $hit hit the fan with domestic unrest they were as useless as t!ts on a bull. They are a waste of tax payers money unless you die overseas or get yourself into trouble, then they will visit you in prison to tick the boxes. Nice people though, when you get past their idiosyncratic behaviours.

Seems to be that Treasury’s tight purse strings have been switched to loose draw strings.

@foxglove, so when the pants fall down what happens next ?

Well for a start, in that state of dress, it is very difficult to look dignified. Bit like making a penguin run fast.

I trust Peters judgement on our geopolitics. He's the political figure with the pedigree and background on this, like it or not.

Some sympathy with the idea that its potentially very foolish to blindly assume the South Pacific is a global backwater no one gives a damn about.

New Zealand needs to keep the seat warm in the region so the Yanks and UK can come if they need to. The More things change the More they stay the same.

Posting at 7:55am. Was your bus early or are you on Flexi time at the hive posting centre?

As for the Pacific, google Walter Lini and the Cubans. It’s an old ploy. Chinese are despised in the Pacific masses due to their long stranglehold over base commerce.

Better to spy for the Yanks than take orders from the Chinese.

Some could say the Yanks and UK have already given NZ the one fingered salute.
To much cosying up to Asia on NZ's part. NZ got it wrong and made the wrong call.
You should always remember old friends that have stuck by you in times of need.

We gave the yanks the one finger long ago with the hippie anti-nuclear movement.

We have to stop cosying up to the yanks. Bring our troops home and stop helping them invade countries.
As for the myth they saved us in WW2 from the Japanese?
It was us who declared war on japan and then Churchill wouldn't give us back our military who were fighting Germany.
The Germans had no beef with us. Neither did the Japanese. The Japanese attacked USA because of crippling trade sanctions and saw the opportunity to kick the Brit ,Dutch and French out of Asia.
NZ's military history is that of helping either the Brits and now the yanks invade countries.
Usually the countries haven't even heard of us nor we them.
Its the yanks we want out of the Pacific. What have they done so far? Test bombs and build military bases.

Where there's Winnie, there's Baubles.....funded by the person apparent in any mirror.

Yet our defence budget will be a "zero budget" which effectively means a cut. We spend less than 1% of GDP on defence and declining. But every other nation in the region is increasing defence spending. Our only defence against China is the US, however, the anti-American reflex in some circles in NZ is painfully cringey at times. If we want to have any influence, which will be minimum at best, we need to partner with like-minded democracies in the region and increase defence spending.

Get real NoFax. The USA military are out of control attacking and invading countries.
The Chinese are trying to streamline world trade and development for greater prosperity'
China has no military bases around the world.

I must have imagined the one they have in Djibouti then.

Well there goes the budget surplus that National gifted them

This COL is brilliant.
One minute no money and next minute we can give away 900 million overseas and for what benefit?
They are out at the next election.
What an absolute waste of money and Winston is going to be running the country!
If this lot is the best we can get, then we are in BIG trouble!

The Country was in big trouble from day one. If we have 900 million to give away why not at home St Johns Ambulance, Rescue Helicopter, Salvation Army.

Looks like National had plans for a big shake-up of rescue helicopters too:

A big shake-up of rescue helicopter services across the country is being planned by the Government, but details are likely to stay under wraps until after the election, the services' chief says.

...The Government is looking at efficiencies and economic savings, Ahler says.

Bridges is out there lamenting what's being done now, but it would be good for him to be honest and upfront about what National's plans were that were being kept under wraps until after the election.

If it was good news, would it have been kept under wraps? And is what is being done now simply carrying on plans that the govt departments already had in place from before the election?

My head is spinning with all this new and /or additional spending .

The only interest China, and the likes in Asia have in the Pacific region is to plunder its fishing and marine resources , and those Pacific countries should be helped to develop their own fishing industries and thereby get 'skin in the game "

Once they have a vested interest , they will defend their resources .

NZ's diplomats' ONLY job is to secure market access so that NZ's primary produce can be sold to foreign markets smoothly.

Please stop dreaming that NZ can sell ANY ideology to any countries in the world now. And, please do NOT waste our money there!!!

Overseas diplomatic postings are a cushy life with all the perks on the public purse. Endless cocktail-sipping as they do the circuit of foreign missions celebrating their respective national days.

How about an extra land tax on foreign/absentee owners recycled into Peters slush fund? Lets face it ...are Dot Com and Cameron and Abramov paying tax on their global activities in NZ #tui