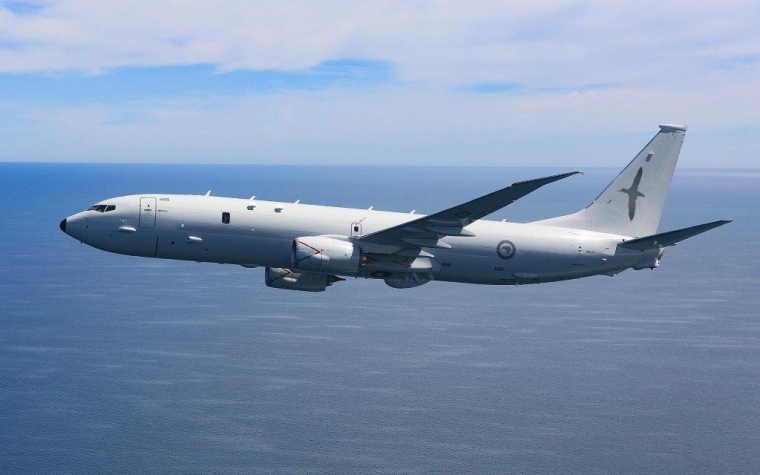 The Government will spend close to $2.3 billion on four state-of-the-art maritime patrol aircraft from the US.

Making the announcement during the Acting Prime Minister’s post-cab press conference on Monday, Defence Minister Ron Mark told media it was a decision the Government “had not made lightly.”

No. 5 Squadron, which currently operates the Orions, will shift from Whenuapai to Ohakea air force base to operate the P-8As.

In total, the four aircraft will cost taxpayers $2.246 billion. They will begin operation in five years’ time.

Mark says the P-8A’s were the most cost-effective maritime patrol aircraft option available.

The cost of the investment will be spread over a number of financial years out to 2026, Mark says.

“The previous Government put off the hard calls on Civil defence procurement for far too long – it would be irresponsible for this Government to continue kicking that can down the road.”

“The procurement of the P8s sends a positive signal to our allies and partners, showing that we will remain a capable Defence Force, and are well equipped to play our role on the international stage, alongside providing support to regional security arrangements.”

Mark was adamant the P8’s are the best option for the Government.

“I was a P8 sceptic, but no matter how I looked at this case, the aircraft stacks up on its own and it is the only option that delivers all of the capabilities.”

With the spend comes a full simulation training system, which will allow for the training of pilots, crew and engineers, he says.

“50% of the cost is the infrastructure, the relocating of 5 Squadron and the rest is about the aircraft.”

Mark would not say if this was the cheapest option the Government considered, citing “commercial confidentiality.”

“But it is the best deal – let me put it to you that way. I wouldn’t be assuming that it was the dearest option on an aircraft-by-aircraft basis, that’s all I’ll say to you.”

These include flat-screen televisions, aircraft parts, and medical devices. The goods marked for tariffs will now face a 25% border tax when they’re imported into the US.

China responded by imposing 25% tariffs on $34 billion worth of US goods, including soybeans, automobiles, and lobsters.

Peters says New Zealand need to “do our best to adjust to it and ensure we survive from it.”

He says the Government believes in “certain rules-based international engagements and protocols” – potentially a nod to the World Trade Organisation (WTO).

Wonder if we considered the Triton UAV that Australia is acquiring?

Probably more expensive and relies on access to US sat based drone control network. Are we that tight with the US to get that level of access?

Strange choice of aircraft. Its effectively just a 737. I would have thought turbo props are by far the best option.
5 Squadron get to move from Auckland to Bulls, they'll love that.

Whenuapai's runway is too short for the P8

The NZDF has a robust procurement process so all the options have been assessed and this is the best option for NZ. Australia, the US, and the UK are all purchasing these aircraft which is good for interoperability.
I think Mr. Mark is wrong to state that National does not make the hard calls as I think no matter who won the election this was the choice that was going to be made - Mr. Mitchell was onboard these aircraft.
As always my main concern when it comes to defence in NZ is that we are not spending enough.

Mostly agree, the P8 is the best choice and will stand us in good steed. But as ex-Air Force I would suggest to you that they screwed up royally in buying the NH90 helicopters. the result is too much money tied up in too few assets.These are a somewhat different issue than the P8 in this regard, although i wonder if four is sufficient.

with the NH90s we do not have a aircraft to move them. The C17 was too expensive and again would result in too much capital in too few assets. but i am concerned that the NH90 will drive the DF towards the A400 Atlas, when the C130J would offer greater bang for buck, more assets for the same $ value and greater operational flexibility. We should have brought the Huey Yankee (UH1Y) for the same reasons, but my contacts tell me it was DF politics that drove the NH90 buy.

I agree that given that NZ spends so little on defence it is important that we get these right. If the budget was actually where it should be buying these P8s would be a minor story. I think we are at least 2 short and probably need something else to supplement them (perhaps some UAVs). However, we have an MP who thinks arming the defence is not the direction where we should be heading. I truly, honestly, wish the world was the way Greens thought it was. Unfortunately, not everyone out there wishes us well.

In regards to the NH90, they are good aircraft but as you stated we don't want to spend on the other stuff needed to use them properly. No aircraft can do everything. In regards to airlift we might go A400 but I suspect in the end replacing the C130s with C130s will be easy to sell to the public.

funny, ron mark said this was a bad choice now he is minister rubber stamps the buy.
in the end it is the public service that runs the country not MP's, they only get a say on pet projects

Perhaps if we were not so desperate we could have got a better deal. There isn't much room for bargaining when the old planes are falling apart.