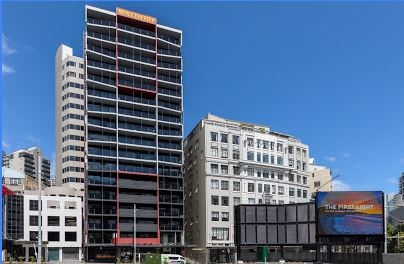 The charges were brought by the Serious Fraud Office (SFO) and heard in the Auckland High Court.

The SFO says the pair made false statements and used forged documents to obtain the “development loan” to allow Emily Projects Limited to build the apartments on Anzac Avenue.

Ross was the sole director of Emily Projects Limited and had a 55% shareholding in the company, individually and through his company Tasman Cook Holdings. Wehipeihana had a 3.18% shareholding.

Ross and Wehipeihana have been remanded on bail and will be sentenced on September 26.

The two other men involved in the fraudulent scheme are each serving sentences of 10 months’ home detention.

Vaughn Foster, a self-employed consultant, pleaded guilty to one representative charge of ‘obtaining by deception’ just before the eight-week trial commenced and was sentenced in June.

Timothy Slack, a lawyer, pleaded guilty to one representative charge of ‘obtaining by deception’ on September 1 last year and was sentenced later that month.

SFO director Julie Read says, “The SFO is committed to investigating and prosecuting this kind of offending to maintain the integrity of the mortgage market for the benefit of honest borrowers.”

OK, yet to be sentenced, but two others only got 10 months home detention. Not too bad. Poor old property developer Kang Huang got 4+ years for a $50-mio fraud for property development. Wonder if these two will get similar.

And the starting point in sentencing Mr Slack solicitor was 4 years, and the public wonders if there is fairness. More questions asked of lawyers and their own regulatory systems .

4 years cannot have been the starting point if he was only sentenced 10 months' home D.

Thanks. So "the judge discounted the prospective jail term by 16% for remorse & future consequences and took the discount to 25% for an early guilty plea, plus 20% for the “moderate” degree of support he gave the Serious Fraud Office."

I think you may be confused. Kang Huang pleaded guilty to 10 criminal charges. In the Walforf situation a consultant and lawyer both plead guilty to just one charge of obtaining by deception and were given 12 month home detention sentences. Comparing Huang to the aforementioned two isnt comparing like with like. The article above refers to the 2 developers behind the scheme who have been found guilty by a jury on total of 5 charges. I would be very surprised if they dont serve prison time.