Opposition Leader Simon Bridges says it's important for all MPs and staff in Parliament that an official, taxpayer funded investigation into who leaked his travel expenses is undertaken

Opposition Leader Simon Bridges says it's important for all MPs and staff in Parliament that an official, taxpayer funded investigation into who leaked his travel expenses is undertaken 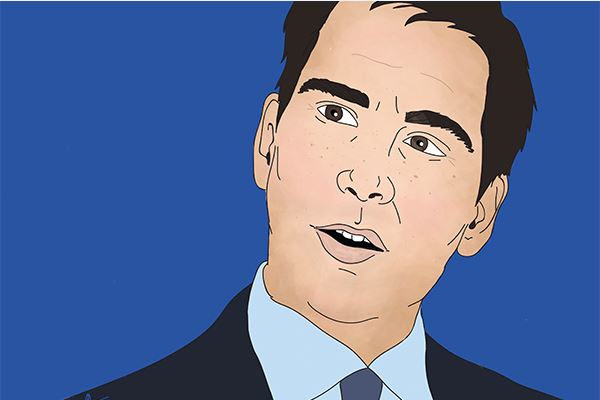 Opposition Leader Simon Bridges has called for a “full and comprehensive” investigation into who leaked his travel expensive information on Monday.

He says the inquiry needs to be undertaken by a completely independent party with no political ties, such as a high court judge.

Bridges says he spoke to Speaker Trevor Mallard on Tuesday to let him know he would be making this call.

On Monday night, Newshub was leaked information about Bridges' travel and accommodation expenses showing he spent more than $100,000 in the last quarter.

The story was quickly overshadowed by who leaked the numbers to Newshub, the MPs on both sides of the aisle denying it came from their side.

Mallard told reporters he would be looking into the matter and assessing wither forensic examination of the documents would be needed.

He says he is going to take 24 hours to take soundings as to what his next step will be, but admits the saga “doesn’t reflect well on the organisation as a whole.”

Bridges says the inquiry needs to have “the best forensic expertise to go though and be prepared, willing and able to go where the evidence takes it.”

That could be the Opposition, the Government or Parliamentary Services, he says.

“This isn’t about me or the Opposition, it’s ultimately about the fact a leak such as this potentially effects all members of Parliament and we all have an obligation, a duty and a right to feel free from these things.”

A “comprehensive and independent” inquiry would help get to the bottom of what happened and who the leaker was.

But Bridges remains confident it has not come from his camp – “I’m incredibly confident that it’s not going to be a National MP.”

He says he has spoken to his caucus about this but won’t say which individuals he has talked to.

Bridges says the inquiry should not go as far as requiring journalists to expose their sources.

The cost of the inquiry will fall on the taxpayer, he says, with Parliamentary Services picking up the bill.

Full details about all MPs expenses are due to be released on Thursday.

Would have been public regardless. Why wast more tax payers funds after the 100k already splurged. Is this news or just an attempt to keep in the headlines?

Agree totally. I find it insulting to call this a leak in the first place. Taxpayers have a right to know what they spend. And now Soimon is so precious about it.
Perhaps he should answer this question: What results did come out of that expenditure? The polls are not reflecting the "getting out there" and "connecting" and "listening".

I’ll put my money on Winston Peters 100% being involved in the leak, while Jacinda was off having the sprog.

An eye for an eye.

Don't think he was this keen on a "full and comprehensive" investigation by an independent party when somebody was leaking Winston's pension info, was he?

I'll take Paula Benefit, as the dark horse in this race.

The darkest horse of all would be Soimon himself.

So he can make a big song 'n' dance about demanding an expensive time-wasting investigation? Yeah, I could see that. Stupid, unethical, guaranteed to blow up in his face. The usual.

Mustn't have been happy about Simon perpetuating her Paula Benefit branding recently.

https://www.nzherald.co.nz/nz/news/article.cfm?c_id=1&objectid=12069101
Oh the irony, though he and Winnie should bundle the two together, culprit probably the same.

I hope it is Crusher or some other malcontent within the National Party.

Another complete waste of Taxpayers munny.........finding out whodunnit.

Oh for goodness sake - who out here in the real world gives a shit?

How about our Parliamentarians do something - now - about this instead;

Like what? Ban P? Already done. Perhaps we should introduce capital punishment for P cooks and dealers. Won't change anything, still a massive pool of greedy a-holes and other losers that will make the stuff to make money.

Whats your instant solution to the P problem?

You call yourself Pragmatist yet cannot see the most pragmatic solution of them all - legalization and regulation. Do it properly and you pull the rug out from under the suppliers.
I would start at cannabis and if necessary, I would go the whole hog and legalize the lot. The secret to winning this one is getting it out of the hands of the underworld.

I agree. Legalise P, have the government set up a manufacturing facility and have Pharmac subsidise the sale of affordable, clean and safe Methamphetamine.

Portugal became the first country to decriminalise the possession and consumption of all illicit substances. Rather than being arrested, those caught with a personal supply might be given a warning, a small fine, or told to appear before a local commission – a doctor, a lawyer and a social worker – about treatment, harm reduction, and the support services that were available to them.

I don't believe having cocaine, meth and opoids available at the corner store for $20 a hit is going to be a winner for society.

Sure the suppliers and the money for the gangs are gone, but we already have legal alcohol and tobacco and that isn't without its own set of ongoing chronic problems

Then unless you are prepared to go down the Duterte route ( and I doubt that has worked) you have conceded defeat. The people who control the "market" now do not care the destruction they cause, and they are not going to voluntarily stop, as they are making far, far too much from it.
Go on, be brave and go for the only thing that can work.

Really. Somebodies been naughty and perhaps should be off the Friday night drinkees invitations for a night or two. (but back for the third)
High Court Judge and full scale inquiry is ridiculous.

What a waste of tax payer $s.

No it is not a waste of money at all, and you lot are being short sighted about this "leak:"
The fact that the leak is in itself not very important, over looks the fact that there is at least one "deep throat" in Parliament who has no loyalty.
While this event will hardly tinkle the tea cups, next time it could be a very serious breach of confidentiality which could jeopardise security, health or export/imports with serious consequences for the country including the myopic posters on this site.

This leak comes from the Nat caucus, since this explains why Bridges is making such a big deal of requiring a heavy hitting "investigation". He is scared of losing internal control of his caucus. This is caucus infighting writ large.