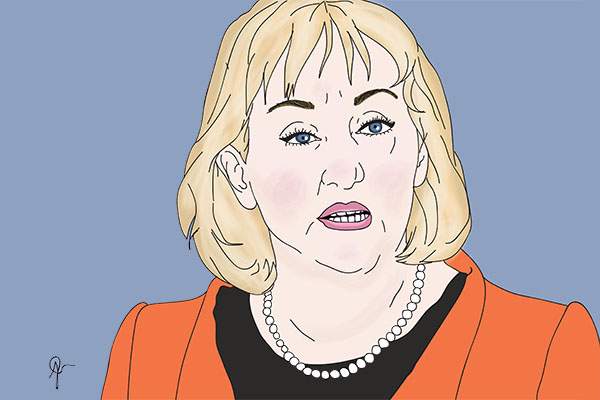 A new report showing the part privatisation of energy companies was a success demonstrates why the Government should be open to “a range of funding avenues,” the Opposition says.

But National’s Finance Spokeswoman Amy Adams is stopping short of calling on the Government to sell more of its assets.

Both Adams and ACT leader David Seymour are welcoming a new report, written and commissioned by economic and financial advisory firm TBD, on the partial sale of some state owned assets under the previous National Party-led government. This Mixed Ownership Model (MOM) was implemented between 2011 and 2014.

The main feature of the policy was the Government selling down its ownership in four state-owned enterprises (SOEs). It retained a 51% stake in Meridian, Mercury and Genesis Energy and divested a 20% stake in Air New Zealand. The proceeds of the sales were $4.7 billion.

TDB’s report shows that the electricity generators are performing better under the MOM. Dividends are up by an average of 69% while capital expenditure is down by 74% with debt to earnings decreasing by 20%.

“These results suggest that the MOMs increased earnings through a more efficient use of their assets and by focusing on core business,” the report says.

Adams says the report shows the asset sales campaign, driven by National, was a success.

She says the report shows the current Government should be more “open to [exploring] a range of funding avenues.”

“If they want to be seen as fiscally prudent and responsible, they should show that they are open to looking at a range of ways to fund infrastructure.”

But she stopped short of calling on the Government to sell more of its assets, instead saying “[the Government] needs to recognise that there is a range of ways to fund assets.”

Seymour, however, didn’t hesitate in calling for the Government to privatise more of its assets.

“Wherever you are on the political spectrum, you have to accept that actually, the MOM has been a success. These companies are performing better thanks to oversight and scrutiny,” he says.

Government-owned assets, such as New Zealand Post and TVNZ, should also consider adopting the MOM, he says.

“This should be a red-letter day for those who decried privatisation and said it won’t work,” he says.

“After this report, what concerns can they have remaining?”

Minister of State Owned Enterprises Winston Peters was unable to provide comment, as he is travelling in Australia.

Loads of national governments have been studying the "Temasek" model for minority stake divestment in government-run companies to boost market performance, and the proceeds from the stake sale can be reinvested in more growth assets for the fund.
Even Winston Peters often quotes (at least he did when he was in opposition) Singapore as the model for NZ's economic development.

"...capital expenditure is down by 74%..." How have they achieved that though, have they legitimately cut costs or just deferred maintenance?

It's down because there has been no new power generation built in the last few years. In a flat demand situation, you defer investment in new supply. I hardly see what it has to do with govt divestment of 49% stakes.

I haven't read this analysis but I would be very wary to draw any conclusions about the difference in performance of the generators in recent years. This is because there hasn't been any significant load growth and therefore, the huge amounts of money that they all used to spend in creating overlapping "future generation project portfolios", will not have been needed in recent years. Not only that, but there has been very little new generation expenditure due to this same factor.

It certainly was a success for institutional buyers who received all the shares they wanted, while retail investors, the so called mums and dads, were scaled down due to oversubscription. Many of those institutions sold instantly making 10s of millions within days. No wonder they are keen on the model!

A success? From their perspective it may be, but power consumers may well have a different view as electricity has increasingly become largely unaffordable for many in society. Our power companies have become profit orientated as their primary shareholder, the Government, has demanded dividends with little to no concern about the social impact. Little thought is given to building a future proofed infrastructure, replacing ageing power generation plants. These seem to be left until on the verge of collapse and then the power companies asked to jack prices to pay for them in the short term, rather than funding over a long term strategy that has minimal impact on consumers.

i am a shareholder of both Genesis and Air NZ, and I suggest that Government involvement in both cases is highly questionable and i would be loathe to describe it as "successful"! this is more like MPs blowing their own trumpet, espousing BS propaganda that ignores much of the outcomes from their actions. A Peter Dunne suggests in his article "Yesterday's People" on this site today, they need to put a little more thought into how they have served their constituents.