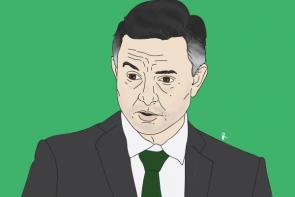 A new report by the OECD has recognised the work done in the Hawke's Bay to address rising sea levels but says our central government needs to do more to address the problem.

The OECD uses the Hawke’s Bay Clifton to Tangoio Coastal Hazards Strategy 2120 as a case study in its report. It is the most developed and populated part of the Hawke’s Bay coastline and the strategy was designed to address the risks the region’s vulnerable coastal communities would face over the next hundred years.

The plan has been created by the Hawke’s Bay Regional Council, Hastings District Council and Napier City Council, as well as local iwi and coastal community representatives.

While the OECD report says the strategy is a good example of local government and communities working together address the impact of rising sea levels, New Zealand’s central government needs to do more. And it says central to addressing the problem is deciding how the costs will be shared and by who.

“The answers have not been developed in the Hawke’s Bay, and ultimately remain unresolved at a national scale. While central government continues to develop national-scale responses, New Zealand is taking action at a local level.”

Minister for Climate Change James Shaw says addressing the effects of climate change is an important issue and rising sea levels and coastal erosion are happening as we speak.

“It is happening. And the OECD’s new report, aimed at helping provide guidance on how countries can manage the risks of rising seas, praises Hawke’s Bay’s first-of-its-kind collaborative strategy as a good example to follow,” Shaw says. “Hawke’s Bay is the first region to use a grassroots community engagement process for consultation on this urgent issue.”

But despite Shaw’s praise of the Hawke’s Bay programme Local Government New Zealand (LGNZ) president Dave Cull says he agrees with the OECD that more work needs to be done at a national level.

“It’s pleasing that this in-depth, international report uses the Clifton to Tangoio Coastal Hazard Strategy in the Hawke’s Bay as a case study of good local government leadership on adapting to climate change,” Cull says.

“However, it highlights that for all that good work at a local level, there is a huge deficit of national support for our coastal communities.  Around the world, it’s recognised that national plans are needed.  What we’ve been given in New Zealand is a guidance document that provides local government with limited direction, and as a result there’s great uncertainty for our coastal communities.”

It looks at the cost to councils from rising sea levels and says up to $14 billion of local government infrastructure is at risk. The report calls on central government to urgently develop policies to help minimise the impact of climate change on New Zealand communities.

The LGNZ report calls the establishment of a National Climate Change Adaptation Fund to deal with the costs of rising sea levels and a Local Government Risk Agency to help councils understand and factor in the risk of climate change into their planning and decision-making.

Coastal risk: A graphic from the newly released OECD report.

Fake news, as the world's population increases to 25 billion by 2050 so will water retention by human bodies (humans are around 99.9% water) which will more than offset any sea level rise.

HeavyG
I can only assume that such a comment is intended to be ironic humour.
Whatever the intent, unfortunately the comment fails totally.
Even you statement regarding the percentage of water is totally erroneous if you cared to fact check.

Actually, the comment is quite amusing.
Only the terminally sour climate change religionists wouldn't find it funny.

I can see the humor in it

Did you google "water content human body"?... Please, please tell me you did:)

Humans are in fact only 60% water.

It’s watermelons and Green MPs that are 99.5% water.

That and also water bottling plants and large scale irrigation projects will offset the rise in sea levels by capturing surplus water storing it.

1) At this stage there has been no acceleration in sea level rise yet. Its still hovering around its long term trend of 3 to 3.2mm/year or 30cm to 32cm per century. See Wikipedia.

2) Sea level rise will continue until the Earth starts to cool again. Assuming CO2 driven climate change continues we could see up to an 80m sea level rise if all the ice melts.

3) Are the Authorities seriously considering compensation???? If they start the policy it would never stop - They would have to eventually compensate, for example, all of Christchurch.

4) There should no compensation. Its a known long term process.

5) Central government needs to get on with freeing up the land market & fixing the RMA so that we can build enough houses for everyone & have them at a reasonable price.

6) If there is local government infrastructure affected by sea level rise then the local authority needs to make the decision whether to temporarily make it more resilient or to abandon it. There should be no central fund.

Sea level rising 3mm per year means 30mm per decade, not per century.

That rate will increase if any positive feedback loops kick in though.

Fixed - it was meant to be cm

Well, I've done a bit of work in Papamoa, BOP, and that area has some ridiculously low lying areas that are built up. I've seen the back yards of properties dry at lowtide, 8-10 hours later they are showing some serious signs of water table encroachment...they have built our own little kiribati out there!

It always boggles my mind how clueless some people are about buying property in geographical locations were flooding or eroding could ruin your house in a matter of decades. Especially because property like that (IE lying low, and very near a body of water) is often expensive due to the views.

Do they realise and just convinces themselves it's not an issue, or are they genuinely oblivious?

That whole Mount- papamoa area, many thousands of dwellings, is built on swamp and shifting sands all vulnerable to tsunami. I have no problem with poeple living there but their problems are not mine and damned if I want to be paying for their lifestyle choice. Or even paying for various ministries etc to look into it.

I totally agree with this. Excellent example of moral hazard, if people build or buy in risky places, and then get bailed out by the taxpayer or insurance industry. The latter is why people in the US build on Florida Keys or lava flows, which no need to fear the consequences.

I have looked at the council's colour coded tsunami map and where I live at the Mount is just outside the high risk area. That means that when it comes,I will finally have beachfront property. I can then surely expect to see the value of my house soar,partly because so many other properties will have been washed away.

This seems foolproof to me. Can anyone see any flaws in it?

Measure twice, act once. Should be easy to drop in a few survey marks around potentially affected areas (a few cubes of concrete each), and check 'em every 3-5 years. Depending on the actual measured trend, decide on actions. Even here in shaky ol' Christchurch, there are beach areas which rose 40 cm in the quakes, thus proofing them against a couple of centuries worth of effective SLR (assuming the long-tern average of 200mm/century) , and the entire coast from just north of Oaro (tectonic rise 1.5m) to Marfells Beach (tectonic rise 6m) is safe for millennia. Benefit/cost ratio is sky-high, as it would enable actions to be based on real data, rather than politically promoted summaries of projections from models drawing data from other models drawing data from other models, and all with error bands wider than any of the raw data. Cost avoided is a net gain.....

People are constantly told on here that they must take responsibility for their own decisions and do so while carefully balancing risk. They're also told that anthropogenic climate change is not real, oversold etc. and that it's a stupid idea to put any limits on economic activity for climate issues.

Now we taxpayers are supposed to compensate people who decided to live on low lying land by the coast? My own two feet...You just know the same whining noises are going to come from Tamaki Drive in the next few years too if flooding becomes more severe and frequent, all while ranting against rates.

It is a long and well known risk. Is there evidence of Tamaki Drive resident whining? You might want to get the cognitive bias seen to.

It is a long and well known risk. Is there evidence of Tamaki Drive resident whining? You might want to get the cognitive bias seen to.

As you note, people have chosen to live in an area with well-known risks and now want the wider ratepayer base to address those risks.

Good to see some progress made on a central response. Its a no brainer that this needs to happen. Now I guess we all need to realize there will be a cost to helping those in a vulnerable position and simply get on with it because thats what we do.

Does anyone have the link to the document that shows by way of hard statistical evidence that our sea level is actually rising ?

So basically ipcc or whatever say that sea levels from physical readings not having changed from 1-2mm rise per year since whenever. But if we use the more accurate adjusted satellite readings it's "most likely" to have accelerated to 3.7mm per year since 1993. Yeah rite. Thats real science.

Boatman - that makes the same mistake all economists make; assuming you can backcast to project forward.

We have to do better than that.

If anyone from the future is reading this

I hope our governments have taken serious action on climate change.

If not, than always look on the bright side of life.

Does anyone else find it ironic that those who lecture on climate change seem to be the ones who catch the most flights? There is currently a lot of protest directed at Equinor, a Norwegian oil company about to drill in the Great Australian Bight. The most active of these are professional surfers whom, on average, catch around 100 flights a year - where do they expect their oil to come from?

Seems pretty common. Much like those who rant against nasty awful socialism but are all too happy to nurse on the state teat whenever possible.