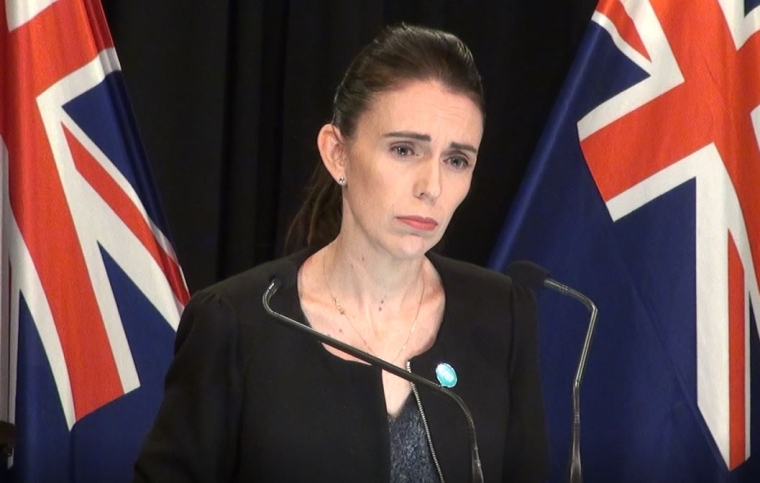 The inquiry the Government last Monday announced it would undertake into the specific circumstances that led up to the Christchurch mosque terrorist attacks will be a Royal Commission.

Prime Minister Jacinda Ardern made this announcement after discussing the matter with Cabinet on Monday.

The purpose will be to find out whether they knew, or could’ve or should’ve known, about the activities of the accused murderer.

It won’t focus on agencies’ responses to the attacks.

The terms of reference, including the lead for the inquiry and its duration, will be finalised in the next two weeks.

Ardern can’t at this stage reveal a timeline for the inquiry, but expects it to be undertaken in a “timely” fashion and not take a matter of years to conclude.

A Royal Commission is the most serious response to an issue available to the New Zealand Government.

It investigates why a situation came about and then recommends policy or legislative changes to prevent it happening again.

The way the inquiry is conducted and the Commission is run is decided by the Chair and Commissioners.

The Government cannot interfere in the direction taken by an inquiry or influence the findings.

The other options the Government had were to launch Public or Government Inquiries.

National Leader Simon Bridges over the weekend voiced his support for a Royal Commission.

“It will need to ask hard questions about whether our security and intelligence agencies had their focus in the right places," he said.

“In 2013 the Government of the day made the decision to abandon Project Speargun which would have scanned internet traffic coming into New Zealand and given an extended degree of protection to all New Zealanders. Similar systems are used in other jurisdictions.

“We currently have Cortex as part of our cyber-security systems, which is much narrower and designed to protect institutions. It’s never easy to balance the rights of privacy against security but where we draw the line must now be reconsidered.

“However, an inquiry cannot be an excuse by the Government not to answer questions in the meantime. Our security risk has now changed and New Zealanders need to be kept safe."

"It (Royal Commission inquiry) investigates why a situation came about and then recommends policy or legislative changes to prevent it happening again."

This royal inquiry offers the very potential to be the first, most comprehensive, and most refreshing examination into this kind of problems in all western democracies.

Fair enough, sort of. The thing is, the likely perpetrator(s) is hard to detect if he is clever. On the other hand you have the like of O’Neil & Rescoria who foresaw 911, virtually, but were ignored. Surveillance and vigilance are a requisite, but straightaway, you have those that will decry these as being an invasion of privacy. Regret to say, if we want protection, in this day and age, then all of us are going to need to be screened. So how many eggs you eat a week and your relationship with your stepmother might well be observed, but if you are doing nothing wrong, illegal does it really matter. How else do you weed out the sleeper, the “John Doe” terrorist that walks amongst us, unremarkable and faceless?

" the specific circumstances that led up to the Christchurch mosque terrorist attacks" This is too specific. While it is necessary the Terms of Reference will restrict the scope of the Commission to the security services and perhaps the digital media platforms that support the distribution of this nutters pieces. The Commision needs to be able to dig deeper, to delve into what causes societal division, frustration and ultimately hate. But the the Pollies don't like looking into that kind of mirror.

Identity politics? In a country with a few MPs elected by ethnic identity?

No Lapun, politics that create social, economic, cultural or racial division. Take for example the housing crisis, favouring a few at the expense of many. Consider the Free Market economy too. That has cost thousands of jobs in NZ.

It is well known that the psychology behind hate crimes is rooted in such division. The "have nots" blaming the "haves" for their plight. And sometimes being a "have not" is just a perception, not a reality. Or it is someone who has percieved an injustice somewhere else and acts on it. It is too easy to say the "have nots" have a bad attitude, or make poor choices, but we need to ask what lies behind that. How policies drive them further down, or keep them down. Quite often on this site there is talk about tradional left wing policies being designed to create increased dependency on the government. Such policies will result in frustration, even hate. We also already know that the haters reach out to attack groups they can get to, not the real source of their woes. Thus they target people who are perceived to have what they don't, or who appear to be different, or are just "not from here". The rank injustice of this doesn't even register for them. This creates an ever increasing cycle of hate. Intelligence agencies identified that in Afghanistan one of the best recruiting tools for the Taliban and ISIS was American aggression killing innocents. We don't want that to happen in NZ.

It is the Government, our Government, who must put itself under scrutiny at all levels to truly understand the consequences of it's policies. It is easier to fix problems when they are small. To wait until it becomes significant make it a whole bunch harder than it should have been. the housing crisis here is a classic example.

Have nots blaming the haves. Alas, how true is that, and it has been going on for longer than recorded history, just ask the Jewish historians. By way of recent examples in relatively recent times , 1893, an anarchist lobbed two bombs into the Barcelona Opera House, on behalf of and/or as a cause for the underprivileged. 1995, 168 dead in Oklahoma City by “domestic” terrorists. And you are right in that what can be initially little more than a perception will swiftly precipitate into rancour and then fanaticism, given the requisite circumstances, will and fermentation.And this is the danger to all of us regardless of what banner is chosen by the perpetrator(s.) It is impossible to foresee, identify and locate every murderous lone wolf. Society can only be precautionary and vigilant to make things as fail safe as possible. The best way to remove temptation is to remove opportunity and restrict very effectively, the tools of the trade.

Good comment. However in light of " the specific circumstances that led up to the Christchurch mosque terrorist attacks" the social and economic do not apply. I'm all for more equality, get wage diferentials back to where they were 50 years ago would help solve it. But the issue for the commission is the cultural and racial divisions. These are destructive of NZ to many individuals on all sides. I'm pointing out that much as I realise Don Brash has racist supporters his concept of removing all references to race which implies the eventual abolition of Maori seats is sensible and would be a move to healing racial divisions.
Note how Russia stirred up trouble in the US election; they did it be encouraging both black power and white supremacists. If that is how you treat an enemy then we should be working in the opposite direction.
I hope our royal commission takes a serious look at identity politics in NZ.